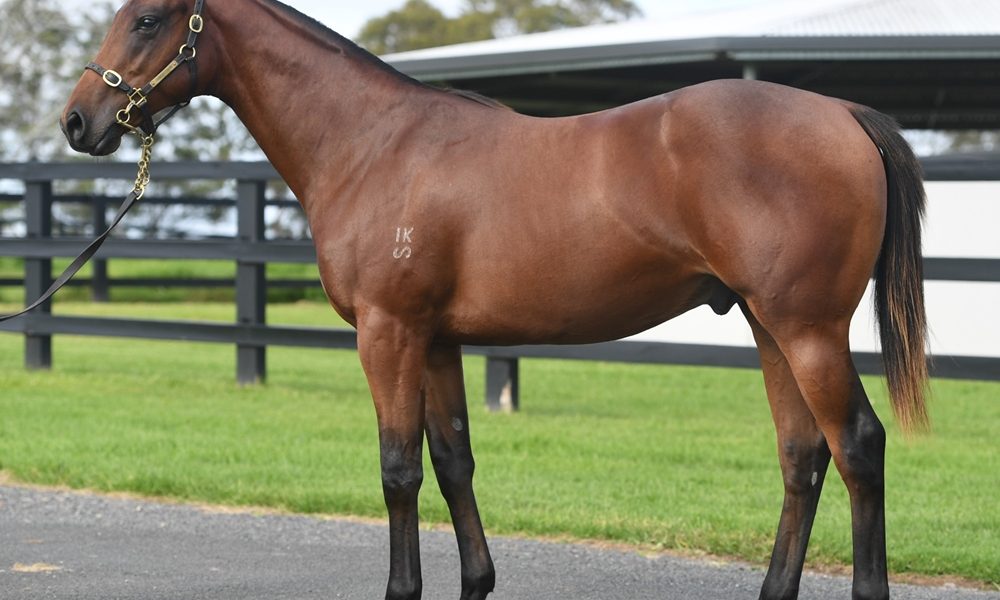 Harry Angel, a Group 2-winning two-year-old himself, saw his first five yearlings pass through the Magic Millions sale ring at an average of $155,000 but buyers warmed to his offerings on day three, as a pair of colts realised $380,000 on the Gold Coast.

One buyer certainly taken by his first southern hemisphere offerings is Lee Freedman, as he bagged his second Harry Angel yearling of the week when securing the Edinburgh Park-consigned colt out of Sun Valley (Commands). The mare herself is a half-sister to Godolphin’s Group 2 winner Tenley (Medaglia D’Oro) and SAJC Sires’ Produce (Gr 3, 1400m) winner Biscayne Bay (Sebring), while this is a family that traces back to Golden Slipper (Gr 1, 1200m) winner Vancouver (Medaglia D’Oro) through fourth dam Skating (At Talaq), herself a supplier of three stakes winners.

Joining Freedman and agent Julian Blaxland in the purchase of the Lot 576-listed colt is Tony Fung, no stranger to involvement in potential stallion prospects.

Earlier in the day, a colt by Harry Angel set the $380,000 benchmark when selling to William Bain. The Attunga Stud-consigned Lot 418 is the first foal out of the stakes-performed winning Iffraaj (Zafonic) mare Raven Darkholme, herself a half-sister to the stakes-winning Replique (Darci Brahma) and stakes placegetters Mystery Shot (Shooting To Win) and Mystique Falcon (Pride Of Dubai).

That pair of colts, in addition to a $280,000 colt bought by Golden Slipper-winning trainers Richard and Michael Freedman, saw Harry Angel’s average climb to $197,500 by the end of day three.

Justify (Scat Daddy) and The Autumn Sun (Redoute’s Choice), who have been vying for leading first season sire honours all week, shared yesterday’s top lot among that cohort.

Blueblood Thoroughbreds in conjunction with Sheamus Mills and Gai Waterhouse and Adrian Bott joined the Justify train through the purchase of Lot 482, the first foal out of dual Group 1 winner Savvy Coup (Savabeel). The mare was part of Coolmore’s exponential spend on high-class mares to support Justify, and was a $1 million purchase from the Magic Millions National Broodmare Sale.

A horse that will no doubt feature a large group of enthusiastic owners, the Ferrari may need some modifications to pack a few more seats.

Perhaps the best metric by which to measure the success of Arrowfield stallion The Autumn Sun through this week is his basement price. Just one lot of his 19 has sold for less than $200,000 so far, and that being a $150,000 colt on the opening day.

His average sits at an extremely healthy $327,105, with that figure just shy of American Pharoah’s (Pioneerof The Nile) first-crop average of $338,095 during Book 1 of the 2020 Magic Millions Gold Coast sale.

Yesterday’s star arrived late in the day, as Robbie Griffiths and Mathew de Kock struck for Lot 601 by the stallion, a colt out of Tapit (Pulpit) mare Tap This who reached $400,000.