‘Having horses is an addiction cured only by death’ 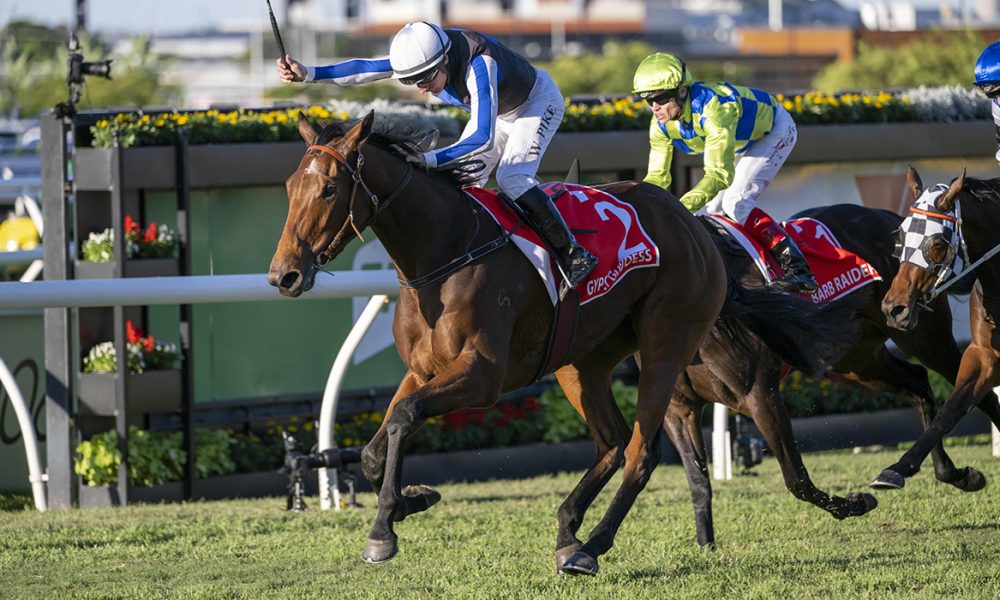 Who doesn’t love a story about a horse that defies the odds and reaches stardom on the racetrack?

It’s the stuff that inspires us all, whether we are breeders, trainers, owners, punters or simply racing fans.

An unwanted, parrot-mouthed yearling who failed to reach her modest reserve price of $20,000 at the 2020 New Zealand Bloodstock Karaka Yearling Sales, her breeder, the esteemed equine veterinarian Dr. Chris Lawler, was left with no choice but to keep her.

“She’s not the most glamorous girl you’d ever see. She’s got a parrot mouth and not the greatest back confirmation but she has a great set of hocks, a deep girth and is a great walker and physically and conformationally in regards to limbs is fine,” said Lawler.

“She was Lot 1181 of 1185 in the sale and the last two horses in the catalogue were scratched, so she was actually second last to go through the ring and the only person in the auditorium was the man with a long-handled dustpan and broom picking up cigarette butts. There was no interest in her at all so we were left with the horse.”

In the early days of her racing journey never did Lawler, nor her trainer David Vandyke remotely expect that Gypsy Goddess would hit the heights she has.

“It’s been a big surprise given all the indications she showed before she went to the races,” Lawler continued. “David rang us to tell us she had been entered for her first start in a poor quality race over 1400 metres as she hadn’t shown anything on the track and he said it was likely we would be putting her online if she didn’t finish in the first half. Well, she came out and won her first start and the penny dropped and she’s continued to improve ever since.”

As of only a few weeks ago, and for good reason, Lawler didn’t believe the daughter of Tarzino would even make the Oaks field as she was showing ill effect from her campaign in Sydney.

“She hadn’t done that well in the initial week she arrived back from Sydney. The runs on heavy tracks took their toll. Like her father, she’s not really adept at heavy going, and like a lot of them, it takes it out of them. We needed to see her switch back on, which she did, and it was a lovely result there.”

Gypsy Goddess has now won six of her nine starts and earned $972,300 in prize–money.

“We are extremely lucky. A lot of people have helped along the way, including Curraghmore Stud, which is a great nursery with a great history. Gordon Cunningham and his team did a great job rearing this filly.

“I think the old saying is sending the best to the best and hope for the best and that’s what we have done. You do have to pinch yourself and realise how lucky you are. It’s certainly not something that we take for granted.”

Lawler, who has been a practising vet since 1985, has shares in 20 racehorses with good friends and owns a number of broodmares.

“My good friend Richard Pegum says having horses is an addiction cured only by death. I have about ten broodmares between Australia and New Zealand. They are like heirlooms and you breed from one and then it expands and expands.”

Tarzino (Tavistock), the sire of Gypsy Goddess, is certainly the gift that keeps on giving for Lawler who selected him as a yearling and raced him with great success. He still has a share in the stallion who is shaping as the next big thing in New Zealand.

“He’s doing everything we hoped he’d do. He’s a bay dominant sire like his sire Zabeel which, if we go back to the great George Smith who talks about colours in horses, is a good thing. He’s dominated a lot of his mare’s progeny and they look a lot like him more than their mothers.

“They are a breed that are going to be three-year-olds and staying ones at that. They are what they are and it’s been a long process getting to this point to get two Group 1 winners in his first crop. We couldn’t be any more excited about the future.”

By good judges, Tarzino has been labelled the heir apparent to the late great Zabeel (Sir Tristram). A big call but the results we are seeing suggest that it’s certainly not out of the question. This season he will stand on the roster at Westbury Stud for a reasonable fee of NZ$15,000.

“New Zealand has lost a number of nice stallions over the last few years and hopefully he can put his hand up. We are hoping he can fill the void left by those stallions who have left us.

“I think it would be fair comment to say, with hindsight, he would be standing at a larger service fee. I hope New Zealand and Australian breeders take the opportunity and support the horse at what is a very enticing service fee and get behind him. Anyone that does will have a good return in the sales ring.”

In the coming months, Gypsy Goddess will continue to fly the flag for Tarzino with her next stop after a spell at the prestigious Melbourne spring carnival. As for what she lines up in, that’s still a way from being decided.

“I will probably butt heads with David on this. I’m anxious she has a lighter spring. If history teaches us anything it’s that for horses that go through an autumn campaign on heavy tracks, particularly into a winter campaign, it’s a bridge too far.

“She could run in the Myer Classic on Derby day or the Golden Eagle at Rosehill over 1500 metres. Ideally, she would have one run and spell and then come back for a proper launch at an autumn campaign. She does have a love affair with Eagle Farm so maybe even a QEII.

“It’s a nice position to be in to have all these options. You have got to pinch yourself.”