Hewitson has eyes on returning championship to South Africa 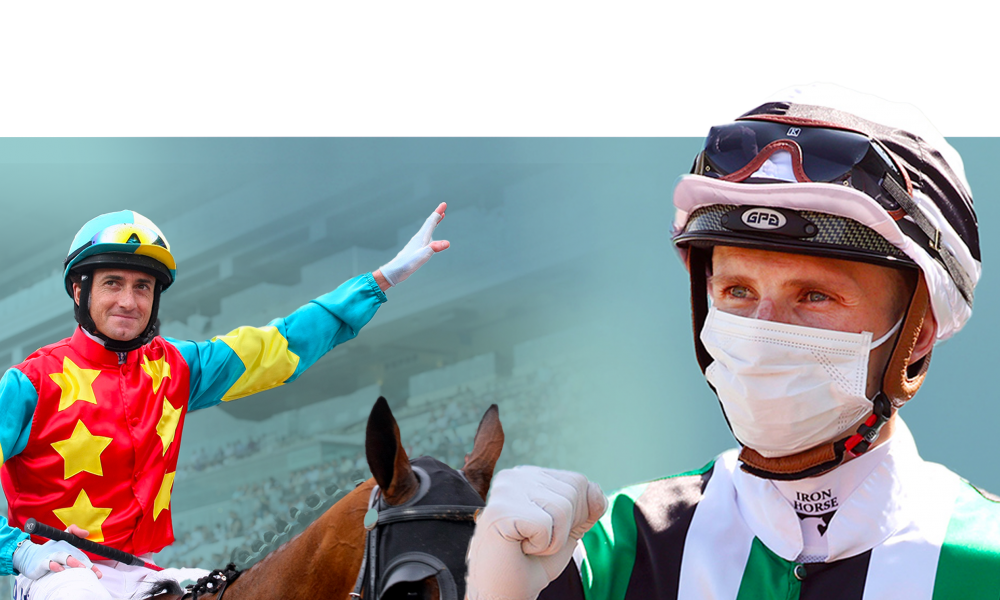 Hewitson has eyes on returning championship to South Africa

A decade on from the last of Douglas Whyte’s record 13 jockeys’ championships in Hong Kong, the chatter is growing louder that his fellow countryman – and protege – Lyle Hewitson could potentially return the championship to South African hands as soon as this term.

Three-time South African champion jockey Hewitson has returned to Sha Tin ahead of the season opener on September 11 where – along with fellow South African Jockey Academy alum, Mauritian Karis Teetan – they will be trying to knock stalwarts Zac Purton and Joao Moreira off the top rung. Other competition is set to come from the newly relocated Silvestre de Sousa, leading local hoops Matthew Chadwick, Vincent Ho and Derek Leung and hungry Frenchman Alexis Badel.

From 1991 to 2013, there was only one season in which the fiercely contested championship was not won by a South African. Basil Marcus’ run of seven titles in the 1990s came either side of Tony Cruz’s final championship as a rider in 1994-95, while Robbie Fradd’s success in 1999-2000 marked the bridge between Marcus and Whyte.

Not since Whyte, the Durban Demon, dominated his rivals year upon year has the possibility of a South African as Hong Kong’s champion jockey been a realistic prospect. And fittingly, it is Whyte – now a trainer potentially on the verge of joining Cruz as a premiership-winning rider and handler – who is proving an invaluable asset to Hewitson, with the pair combining for 20 victories last season.

“I’ve formed a great partnership with Dougie,” Hewitson told Asia Bloodstock News from his Sha Tin apartment yesterday. “We have a very good relationship and he has taught me a lot in terms of navigating the Hong Kong race tracks, as well as the way of being and the way of doing here. He’s also reminded me just to trust myself and my judgement and to trust my ability, which every jockey needs to ride with the utmost confidence.

“His guidance has been very important and I just hope I can keep repaying him with a lot of winners.”

Purton finally toppled Whyte in 2013-14 and his battles with Moreira in the years since have become legendary, the fiercest of rivalries that will be dissected for decades to come.

Amidst that fierce battle, the notion of a maiden title for Hewitson might seem like a big leap from finishing 11th in the jockeys’ championship last year with 27 wins to his name, more than 100 behind big guns Purton (136) and Moreira (132). However, those raw figures belie what was a truly remarkable comeback story for the 24-year-old.

Hewitson, whose first stint in Hong Kong saw him amass just three winners in six months after a spluttering start through suspension, was one of the few to be given a second chance in the city. That came after he landed a third South African jockeys’ premiership in the 2020-21 season, again proving one of the brightest young prospects on the international stage.

His new contract began in late November and saw him bring up an early victory on Valiant Elegance (Salade). However, a horrific fall from Amazing Star (Darci Brahma) in the Hong Kong Sprint (Gr 1, 1200m) on December 12 saw him sidelined for over a month with a fractured pelvis – a fortunate result given the scale of the incident.

Many jockeys in a similar predicament – not to mention facing strict Covid-19 protocols that remain to this day – would have left Sha Tin and returned home, proud that they gave it their best shot. Not Hewitson.

Instead, he put together a second half of the season that earned the respect of many long-term Hong Kong pundits and has him among the premiership contenders before a race has been run. A never-say-die attitude saw him make it to that 27 figure, a mark that would have seemed impossible in January considering all of the circumstances, and it stamped him as a rider capable of surviving – indeed, thriving – in the harsh jungle that is Hong Kong racing.

“I was very proud of how I managed to finish off the season,” Hewitson said. “I think mainly it goes back to the mental side of things, having had a tough first time around here, having an early winner and then the very next meeting having an injury setback from the fall. To come through that, I still had one quiet month and then was slowly building up through a frustrating run of placings, but to finally have the success in the end, it is something that I’m very proud about. Now it’s just about building on that.

“I learned that I can never doubt my ability and never doubt what I am capable of. At the same time, I know now to trust myself, trust my judgement. And I learnt that I’m mentally very strong and very determined and very positive.”

Measuring success is a difficult metric in Hong Kong, where one person’s gold can be another’s garbage. However, while Hewitson may be a title contender – even if he is on the fringe this season and seen more as a future hope – the rider is much more humble in his assessment.

“I would like to feature nearer to the top of the jockeys rankings,” Hewitson said. “That is first and foremost. It’s always hard to put a numerical figure on it in Hong Kong, but I will have to get plenty of winners under my belt

“From a relationships perspective, though, it would be great to get support from other trainers, to have success for them and to be sought after. That would be a big thing for me. Also, being in the big races is where every jockey wants to see themselves so competing successfully at the highest level and on some very nice horses throughout the season, that would be success for me.”

One of the greatest assets for any Hong Kong rider is the two-month off-season from term’s end in mid-July to the start of the new season in early to mid-September. This year marks one of the longest breaks since moving to an 88-meeting season in the 2016-17 season, although barrier trials are already well underway ahead of Sunday week’s curtain-raiser.

“I enjoyed the off-season, I maintained a decent level of fitness in and out of the gym throughout,” Hewitson said. “That’s been a big thing for me that has helped since getting back into the swing of things with trackwork and trials. I’m feeling good and I’m ready for the season now.

“The first ten days, I went to Spain and really enjoyed the break, just relaxed and made the most of it. Then I went over to the UK where my sisters live and so does my nan. It was great to see them. I also met many from my dad’s side of the family that I’d never met before, so that was really special. It was an amazing experience.

“It’s actually made coming back quite comfortable as I made the most of the break, I got everything I got done that I wanted to get done and I enjoyed every minute of it. Now the focus is back on the season ahead.”

With most of Hong Kong’s 1300-strong horse population back into the daily grind at Sha Tin, it is the perfect time to unearth a potential star for the future. But if Hewitson has found a horse to follow, he is keeping it firmly to himself.

“That’s for me to know and you to find out,” a grinning Hewitson said, having firmly mastered a crucial art for all Hong Kong jockeys – discretion.