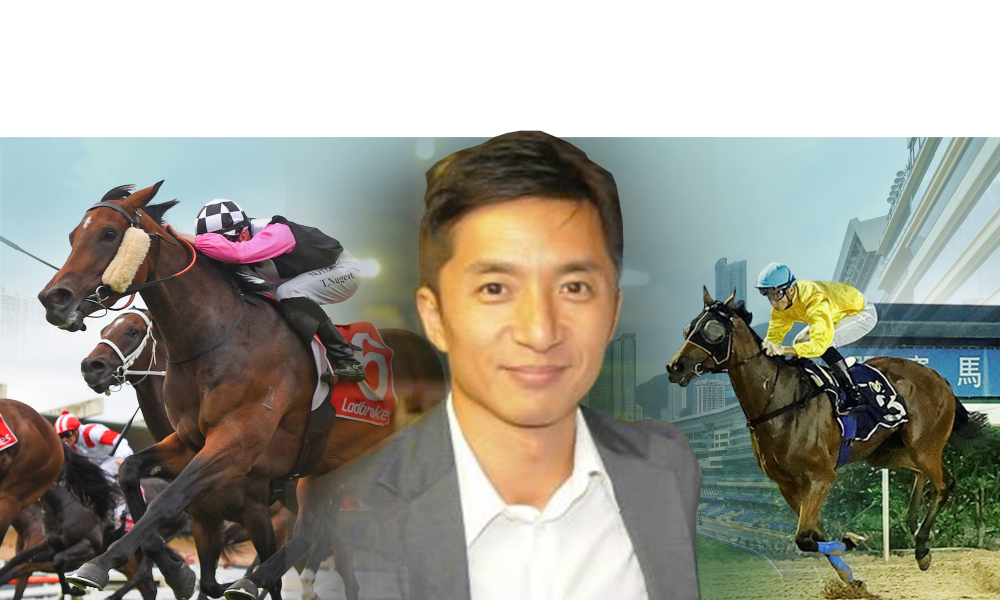 When a smart three-year-old with Hong Kong connections places top-four in an Australian classic, what follows is often exportation to the Pearl River environs and a targeted Derby campaign. That is exactly what prominent owner Simon Kwok did with his homebred Beauty Bolt (Redoute’s Choice), and yet, rather than take the conventional route to Sha Tin and one of its big-name trainers – John Size, Tony Cruz or Caspar Fownes – he went for the offbeat option of Macau and Stanley Chin.

Chin was Macau’s champion trainer in 2018-19 and has the circuit’s biggest string at present, with 37 horses stabled at Taipa racecourse in the heart of Asia’s gaming mecca. The former Hong Kong champion apprentice has worked for the best part of 20 years to rebuild his career from the rubble of an ignominious three-and-a-half-year prison sentence for his part in a Hong Kong race-fixing fraud, a crime that eventuated a quasi-exile from his home city.

He currently heads the Macau premiership by seven wins and holds a pair of aces in his bid to saddle his first Macau Derby (Local Gr 1, 1800m) winner, with not only Beauty Bolt in his corner but also the recent Macau Guineas (Local Gr 1, 1500m) hero City Gold (Outstrip), a pint-sized surprise package sourced by bloodstock agent and former Newmarket-based trainer Greg Chung.

“When City Gold came into the stable here, I was in shock,” Chin told Asia Bloodstock News. “He came as a three-year-old and he was only 920lb. He’s just over 15 hands and small, and he looked weak. When the horse arrived, I rang Greg and I asked him, ‘Have you seen this horse in the flesh?’”

But Chin and Chung go back a long way. The latter had seen something enough to buy City Gold as a yearling and kept tabs when the youngster – then named Sharp Star and registered under the ownership of former Hong Kong jockey Simon Yim’s Champion Bloodstock Ltd – worked through his juvenile year among Group 1-winning trainer Robert Cowell’s string, about five miles out of Newmarket, England. Chung believed he would be a fair fit for Macau.

City Gold has proven that, with knobs on. He ran third on debut last June and raced three times more last term without success. This season, he has thrived and boasts a record of seven wins from nine starts, including five scores in a row heading into the Derby.

The four-year-old comes from a Shadwell family, with his fourth dam being the great mare Height Of Fashion (Bustino). His own dam, the maiden Mudammera (Dubawi), is out of the Listed-placed Fatanah (Green Desert), a half-sister to the US Grade 2 winner Makderah (Danehill). Bred in Ireland by Mary Mangan, he sold as a foal at Goffs to Jennifer Dooley for just €8,000 and Chung’s Linden Lodge Bloodstock was on the docket at Ascot the following September when he sold out of the Peter Doyle Bloodstock draft for £12,000.

“The owner didn’t ask for a lot of money and I thought it was worth the chance,” Chin said, so he discussed it with his client, Hong Kong-based Anthony Chang, who agreed to the purchase.

City Gold’s Guineas win – for the owner partnership of Chang and Kwan Yiu Pang – was his first on turf and Chin is hopeful his charge will see out the extra distance, too, this weekend. Extending in trip is no concern for Beauty Bolt, who has been racing at distances below her optimum, constrained by the race programme to await her chance to get over ground in the Derby.

The filly is out of the Kwok-raced mare Sasa (Encosta De Lago), initially known as Beauty Glow when Group 1-placed as a two-year-old in Australia before being relocated to the Fownes stable and renamed for the cosmetics company from which Kwok has made his fortune.

Macau would not be the obvious destination for a stakes-performed four-year-old but Beauty Bolt had seemingly hit her peak in Australia under Grahame Begg’s care. She followed her VRC Oaks (Gr 1, 2500m) effort with a spell and then a BenchMark 64 win over 1300 metres; she was then last in the Australasian Oaks (Gr 1, 2000m) before rounding off with three attempts at 1400 metres, placing second in a BenchMark 85 and finally a BenchMark 90.

That profile prompted Kwok – the family patriarch behind the ownership of Hong Kong’s great miler Beauty Generation (Road To Rock) – to look at alternatives. However, being a filly counted against when considering Hong Kong, and perhaps her dam’s failure to place better than fourth in three outings at Sha Tin and Happy Valley was a factor in deliberations.

“The horse was probably good enough to go to Hong Kong but she’s a long-distance horse and also a filly, which is not too common in Hong Kong. Mr Kwok decided to have her sent to Macau instead,” Chin said.

Macau has long been Hong Kong’s poorer near-neighbour when it comes to horse racing. While the Hong Kong Jockey Club’s (HKJC) product has enjoyed booming turnover and a global profile, Macau racing has receded to the fringes. But, although the HKJC has kept Macau at arms lengths, a deeper connection between the two cities is still vitally important to the circuit’s wellbeing.

“I’d say about 80 per cent of my clients are from Hong Kong so it’s a huge impact for us with the pandemic when the owners can’t come to see the horses racing because of travel restrictions. It’s hard to keep up the business but we’ll always keep trying,” Chin noted.

“This is the first time I’ve trained for Mr Kwok, along with another horse called Beauty Supreme, they both arrived from Australia. One day he asked what I thought about the two horses. I’d never trained a filly before and with our environment and humid weather, it was difficult to predict how the filly would perform but I said I would definitely like to take the challenge and that’s how the two horses ended up with us.”

Chin was apprenticed as a jockey to trainers Eddie Lo, Ivan Allan and John Moore across five seasons. But then Hong Kong’s ICAC (Independent Commission Against Corruption) came knocking. Since his release from prison in 2002, he has had to put that murky episode behind him.

He acknowledged that he was “very fortunate” to have been aided by notable figures upon his release, having been barred from competing full-time in Hong Kong. He had ridden successfully in Germany and England in the late 1990s, and received support from trainer Mark Johnston, while his German agent and friend, Rudiger Alles, wrote to him in prison and was instrumental in getting his career back on track.

“Rudiger knows Michael Tabor and John Magnier,” Chin explained. “He talked to them and told them my story and they got Aidan O’Brien to start me as a work rider at Ballydoyle.”

O’Brien helped him to apply for a jockey licence and, unexpectedly, he was soon back race-riding. He returned to England and the Johnston stable, had further Group 1 success in Germany with Ransom O’War (Red Ransom), then went to Dubai. In early 2005, he broke his leg in a trackwork accident at Jebel Ali and returned to Britain the following year only to find opportunities were few.

That situation was not helped in June 2006 when he put down his whip and relaxed aboard the Johnston-trained leader Hyperalert (Rahy) in the closing stages of a Redcar maiden. He was beaten a neck. The authorities handed him a 28-day suspension which, at the time, racing writer and broadcaster Julian Wilson decried as being unduly severe.

“I think the decision was a bit harsh but then again, I admit that I made a mistake,” Chin said, adding that he did not leave Britain two months later for Macau solely because of that incident.

“I had met Macau’s champion trainer (M C Tam) in Dubai. He contacted me and asked if I’d consider going back to Macau because he thought I would do well. I missed my family at times, so I decided to come to Macau for a try.”

He rode at Taipa until 2013 and was granted a trainers’ licence in 2014. “I can see a good future for Macau racing,” he said, optimistic that a recent management rejig at the Macau Jockey Club will benefit the sport.

As for his Derby hopes, he opined that Beauty Bolt would be his pick on quick ground, with City Gold more suited to wet conditions, while Cherry Road (Niagara) is a fair third string. But he is not underestimating his rivals, notably Snow Storm (Mossman) who represents “the Derby master” Joe Lau, winner of the last three Derbys, and the Nick Moore-trained pair, the Guineas runner-up Hostwin Achilles (Deep Field) and Circuit Miles (Fastnet Rock).

Beyond the weekend, Chin has wider ambitions: Dubai, Korea and Singapore are on his radar and he hopes to savour success again at Sha Tin.

“We’re hoping in the next year or two that we’ll have a sand or turf horse that will be good enough to go overseas and Hong Kong will be one of the destinations,” he added.