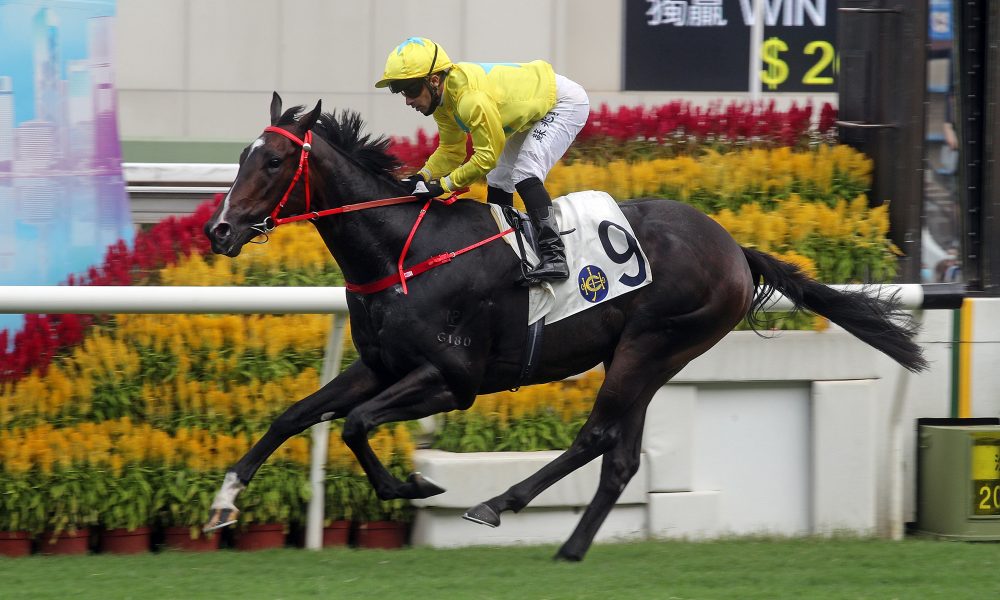 A healthy crowd welcomed back racing at Sha Tin, the first of 88 meetings in the 2022-23 season, with the term starting a week later than usual.

The HKSAR Chief Executive’s Cup (1200m), a Class 1 which traditionally opens the season in Hong Kong, has been won by Group 1 performers like Seasons Bloom (Captain Sonador), Cerise Cherry (Goldkeeper), Joy And Fun (Cullen), Lucky Nine (Dubawi) and The Duke (Danehill) since the race was established 25 years ago.

While the Manfred Man-prepared Lucky Sweynesse is yet to prove his mettle at stakes level, the manner of his emphatic three-and-a-quarter-length victory under Silvestre de Sousa suggests that he will be a force to be reckoned with in races like the Premier Bowl (Gr 2, 1200m) on his way to the Hong Kong Sprint (Gr 1, 1600m) in December.

Man is certainly confident his champion griffin from last season may be his best sprinter since straight track specialist Eagle Regiment (El Moxie), twice the winner of the Centenary Sprint Cup (Listed, 1000m) and third in the Al Quoz Sprint (Gr 1, 1000m) in Dubai.

“I’ll be looking towards all the big races. I think he could be a horse for the Hong Kong International Races, I think he will get in no problem, but whether he could win or not is another question,” Man said.

“Lucky Sweynesse has done better than I expected because he started out on a rating of 52 and now he’s won a Class 1 race. He won easily and made me feel a little bit surprised. I’m very happy, he’s a little bit more mature now.

“He can handle 1200 metres or 1400 metres, I need to look at the programme – everyone keeps asking me where I will go next but I need time to study the programme. Two weeks is too soon and the 1000 metres may be a little bit short so we might wait for 1200 metres next month.”

Offered by Woburn Farm at the 2020 New Zealand Bloodstock Ready To Race Sale, Lucky Sweynesse was bought for $90,000 by Joe Barnes of J & I Bloodstock.

The second foal out of Wanganui Cup (Listed, 2040m) winner Madonna Mia (Red Clubs), he is a brother to Queensland Oaks (Gr 1, 2200m) placegetter Signora Nera (Sweynesse). He has now won six of his eight starts at 1200 metres and 1400 metres.

Later in the card, the Ricky Yiu-trained Good Luck Friend saluted in Class 2 company, taking out the Tai Mo Shan Handicap (1400m), before Tony Millard’s Gallant Crown ended the programme with a Class 3 victory in the Sunset Peak Handicap (1400m).

Both were offered at the 2018 NZB Ready To Race Sale within an hour of one another.

Gallant Crown was brought to the sales ring by Kiltannon Stables and was passed in for $100,000 before being sold to Hong Kong after two trials in New Zealand. The son of Hallowed Crown (Street Sense) is one of two winners out of Justagem (Stravinsky), a half-sister to Group 1 winner Penny Gem (Pentire).

“The quarantine requirements going back into Hong Kong are a lot less than what they have been, so it’s a case of them itching to get out and about and back into the game, if you like,” Kneebone said.

“Most of the agents and trainers that we’ve spoken to over there, and even owners who have been to Karaka previously, [have indicated their want to attend], so we’re expecting to have very good numbers from over there and the same with Singapore and also Malaysia.

“That’s where the numbers game comes into the Ready to Run aspect a lot because if you haven’t got the numbers at the sales, it makes it very hard for all markets to get a go at the horses available.

“We say it all the time, but Karaka is the undisputed best two-year-old sale with 17 Group 1-winning graduates in the past five seasons and I think it’s a justified description.”

Other Hong Kong graduates out of the sale in recent years include champion Golden Sixty (Medaglia d’Oro) and Group 1 winner Beat The Clock (Hinchinbrook).