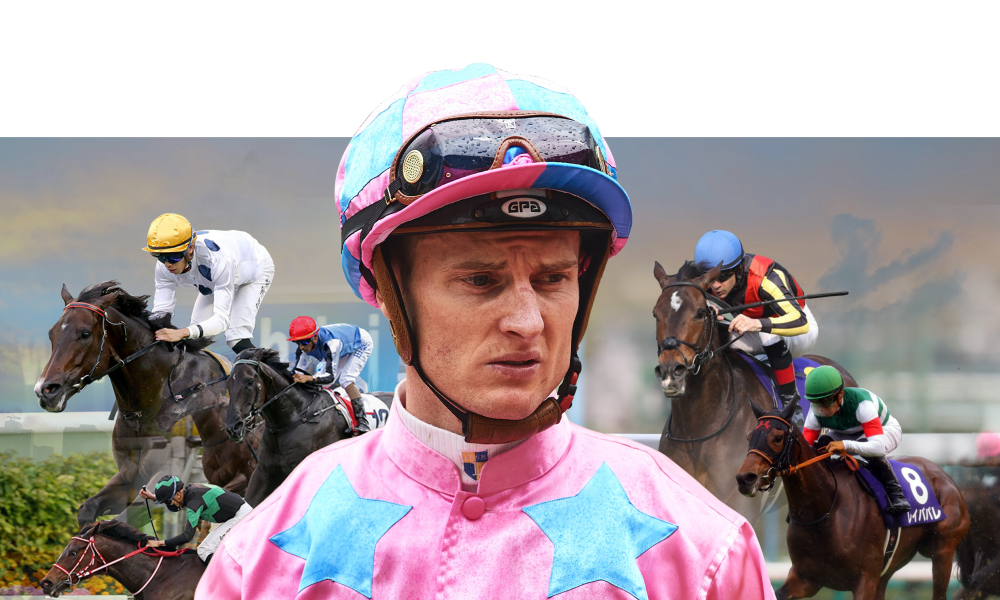 Zac Purton has bagged more wins at the Hong Kong International Races (HKIR) than any other rider but the Australian ace heads into Sunday’s ‘trials’ fixture for next month’s Sha Tin showpiece with a mixed hand that has him wondering whether to stick or twist, assuming the latter option is even viable.

This weekend’s three HKIR lead-up races – the Jockey Club Cup (Gr 2, 2000m), Jockey Club Mile (Gr 2, 1600m) and Jockey Club Sprint (Gr 2, 1200m) – speak much to the well-documented paucity of elite runners in Hong Kong at present, with slim fields of seven, seven and ten contenders for each race. However, whereas his great rival Joao Moreira has managed to pick up a prominent outside ride from Japan for December’s main event, Purton could be left to pin his chances on the sparse domestic ranks.

Indeed, given that the Hong Kong Jockey Club (HKJC) this week received the expected government approval for a strict quarantine ‘bubble’ to enable overseas contenders to participate in the year-end event, the most informative HKIR ‘trial’ of all could well take place not at Sha Tin but in the Mile Championship (Gr 1, 1600) at Hanshin, Japan, also on Sunday afternoon.

“I’ll put my hand up for the Japanese horses in December but there’s nothing available,” Purton told Asia Bloodstock News. “I wish I had options but I don’t. I can’t even find a really good horse here for the International Races, let alone get on one from overseas.

“The Japanese are bringing their own jockeys for most of them, then we’ll have Damian Lane here from Australia and he’s an option for them, then Joao has picked up Glory Vase because he won on him a couple of years ago. The Japanese don’t seem to be sending that many horses so there’s not a lot of options there. It would be nice if I could ride Pyledriver from the UK but I think he’s sending his own jockey.”

The Japanese runners who do make the trip will present as a force to be reckoned with and any lead protagonists from the Mile Championship should give Hong Kong’s banner horse Golden Sixty (Medagalia D’Oro) a stern test in the Hong Kong Mile.

“Golden Sixty, he’s the one we’re hanging our hat on but he hasn’t had a start yet this season,” Purton said of last year’s Hong Kong Mile winner who will return from a seven-month spell in Sunday’s Jockey Club Mile. “I’m not going to knock him, he’s certainly the best horse we have here in Hong Kong.”

Japan’s raiders have reached out and taken a tightening grip on Hong Kong’s majors in recent years: the biggest of all, the Hong Kong Cup (Gr 1, 2000m), has fallen to Japan four times out of the last six; the Hong Kong Vase (Gr 1, 2400m) has headed east in two of the last five years, Japan has carried off two of the last six editions of the Hong Kong Mile (Gr 1, 1600m); and, last year, Danon Smash put the hometown sprinters in their place when he joined his sire Lord Kanaloa (King Kamehameha) on the Hong Kong Sprint (Gr 1, 1200m) honour roll.

Japanese connections made 61 entries for this year’s HKIR (including horses entered for multiple races) but those initial figures are always largely meaningless and this year’s raiding party has not yet been finalised. Lei Papale (Deep impact) has entries in the Mile and Cup but was beaten last Sunday in the Queen Elizabeth II Cup (Gr 1, 2200m), so her participation might be in the balance. As well as the aforementioned Mile Championship runners and Glory Vase (Deep Impact), the Breeders’ Cup heroine Loves Only You (Deep Impact) has accepted for the Hong Kong Cup, while Pixie Knight (Maurice) and Resistencia (Daiwa Major) could go to the Sprint.

“I’m actually surprised they’re not bringing more horses because we don’t have much to defend them with,” Purton opined. “Maybe it’s because the horses they’re sending are some of the proper ones and the second, third or fourth stringers don’t want to travel to be beaten by a horse they’d get beaten by at home anyway.

“The depth of the quality they’ve got is unbelievable: you can take any one of the horses that finish in the top ten positions in their Group 1 races and take them anywhere in the world and they’re competitive.”

Irrespective of quantity, to combat that Japanese quality, Hong Kong’s four-time champion jockey is in need of positive outcomes this weekend when he rides the lightly-raced sprinter Naboo Attack (Warhead), hailed as a future star but beaten in his last two races, the high-class yet fragile miler Waikuku (Harbour Watch) – passed over by Moreira in favour of his Hong Kong Derby (Listed, 2000m) winner Sky Darci (Darci Brahma) – and the smart but frustrating stayer Glorious Dragon (Teofilo).

Hong Kong’s five Pattern races so far this season have only blurred the domestic picture, with the Sha Tin Trophy (Gr 2, 1600m) in particular being affected by a strong wind and muddled pace. Naboo Attack is out to retrieve his reputation after running ninth behind Lucky Patch (El Roca) in the Premier Bowl (Gr 2, 1200m). This time the Group 1 winners Wellington (All Too Hard) and Hot King Prawn (Denman) will enter the fray.

“The form out of the Premier Bowl just doesn’t look like it should have looked. I’ll go on what the horses had done prior to that, and more so what they’re going to do this weekend. I think it’s just one of those anomalies you get every now and then,” Purton said, while noting that Naboo Attack pleased him in a barrier trial last week.

He also observed that his Jockey Club Mile mount Waikuku was undone first-up by a “sit, trot, canter and sprint home,” Sha Tin Trophy, in which a number of horses met trouble, including Sky Darci under Moreira and his own Jockey Club Cup partner, Glorious Dragon, who was, “stuck on the inside with no option and nowhere to go,” off a sluggish pace.

“That race the other day was run at a really slow speed which seems to be a common thing that’s happening here at the moment. Because we’ve got such small fields and a lack of depth, they’re going so slow and jamming up, and they’re becoming messy races,” he added.

There has been talk this week that the Brazilian ace Silvestre de Sousa could be making his way to Hong Kong for another lucrative short winter stint and Purton sees that as a good thing, with the jockey roster barely changed since the Covid-19 pandemic brought stringent travel protocols almost two years ago.

“I think there are a couple of positions and it’s probably needed for a couple of jockeys to come in because the tempo of our races has become very frustrating,” Purton continued. “Jockeys are either going too fast or too slow or they’re making silly midrace moves. Our average jockeys make average decisions and there’s too much of that going on at the moment. If better quality jockeys can come, maybe we can get more consistently-run races and I think at the end of the day that would be better for everyone.

“The lack of numbers in these races invites messily-run races. Add a few more runners in the fields in December and that in itself creates more pressure, you’ve got to try and get a position, it changes the tempo and it changes the results. Hopefully, we do get a few horses to come here and the races are a bit more competitive at the internationals.”

Hong Kong won only one of the four HKIR races last year and replicating that score this time around might be the best-case scenario for the home team if the big-name Japanese among the overseas contingent arrive in peak form. Then again, Purton is no stranger to delivering a longer-odds victor on the big day, after all, he galvanised Dominant (Cacique) to defeat the hot favourite The Fugue (Dansili) when 12-1 for the Vase in 2013. As things are, he might well have to do that again if he is to add to his nine-win haul.