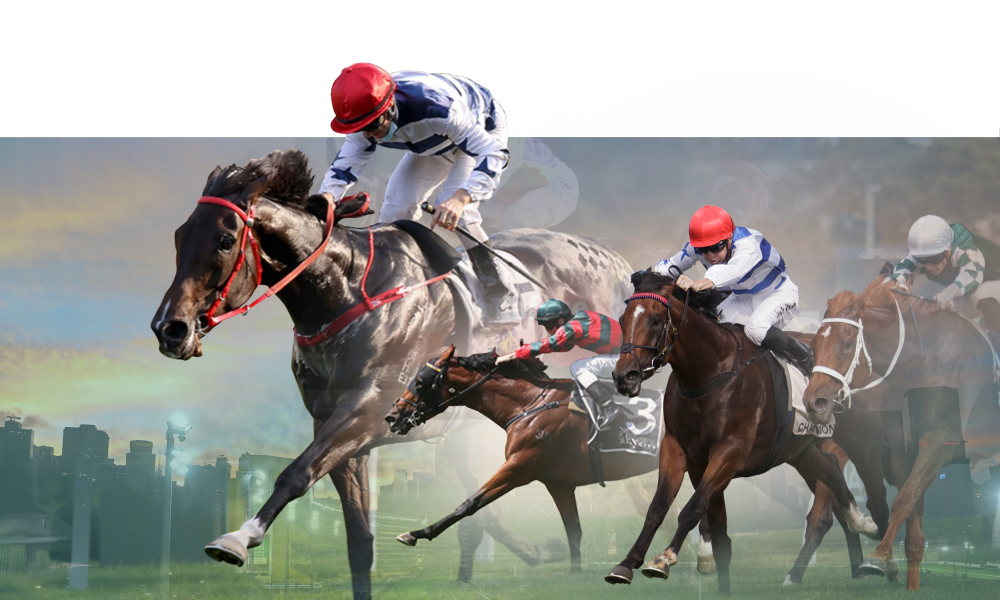 Packing Victory’s (Reliable Man) smart win on New Year’s Day sharpened the focus on Hong Kong’s Classic Series candidates, with the first leg, the Hong Kong Classic Mile (Listed, 1600m), now just 25 days away. The emphasis on the pick of the circuit’s emerging four-year-old talent will only intensify this Sunday when, in a 1600-metre Class 2 handicap at Sha Tin, another batch of hopefuls will attempt to stake a claim.

While Hong Kong’s international jamboree of four Group 1 contests in December provides an annual window to the world, the Classic Series is of perhaps greater importance to the circuit: without the Classics, the International Races would not be. The series is the prime driver for the ongoing renewal of Hong Kong’s 1300-horse population which, without a domestic breeding set-up, relies entirely on off-shore purchases to maintain its numbers.

The Classic Mile and the late February Classic Cup (Listed, 1800m) are important races in their own right but defer to the one prize that Hong Kong’s racehorse owners covet most, and will shell out big money to try and win, the Hong Kong Derby (Listed, 2000m), scheduled for late March.

The Australian import The Irishman (Tavistock) is rated among the front rank of this year’s Classic Series prospects and this weekend he will aim to build on a promising first-up performance to cement his candidature, as will the New Zealand Derby (Gr 1, 2400m) winner Rocket Spade (Fastnet Rock).

The quintet of four-year-olds in the field of nine also includes the lightly-raced Master Delight (Rubick), the in-from but exposed Ima Single Man (Gingerbread Man), and the ex-Ballydoyle galloper S J Tourbillon (Galileo). The last-named is one of a relatively small number of European imports among the likely lead protagonists in this year’s four-year-old series.

“We’re finding it hard to buy horses in Europe, so we don’t seem to have as many coming into Hong Kong and that might be why we haven’t got the usual suspects that we would normally have,” observed Zac Purton, who is currently side-lined due to injuries he sustained in the Hong Kong Sprint (Gr 1, 1200m) pile-up last month.

From the turn of the century until Designs On Rome (Holy Roman Emperor) won the Hong Kong Derby in 2014, eight horses sourced in Europe won the blue riband against seven wins for Australasian-sourced horses. Since then, all seven editions of the Derby have gone to Australasian gallopers, while Designs On Rome was also the last European to win the Classic Cup, and every Classic Mile winner since 2016 has been imported from Australia or New Zealand.

Designs On Rome went on from the Classic Series to become a champion, as did another ex-Irish racer after him, Exultant (Teofilo): both had solid Group 1 form pre-import, just like other European-sourced Hong Kong Group 1 stars of the past decade such as Dan Excel (Shamardal) and Xtension (Xaar); even the relative failure Giovanni Canaletto (Galileo) finished close up in two European Derbys before placing third to Werther (Tavistock) in the 2016 Hong Kong equivalent. There is little of that form among the European prospects this time around.

The Ricky Yiu-trained S J Tourbillon, who raced as Roman Empire previously, was fourth to Godolphin’s subsequent dual Classic winner Hurricane Lane (Frankel) in the Dante Stakes (Gr 2, 1m 2f) in May but was last of 14 on his Hong Kong debut. Meanwhile, the Tony Cruz-trained British import Champion Dragon (Starspangledbanner) was seventh in last year’s Irish 2,000 Guineas (Gr 1, 1m), and the Tony Millard-trained Cobhfield (Kodi Bear) was fourth in the Futurity Trophy (Gr 1, 1m) but finished out the back last weekend.

Furthermore, Danny Shum’s Irish import Rise Brethren (Lope De Vega) has shown promise at Sha Tin, having finished runner-up in that recurring go-to for Hong Kong buyers, the Britannia Handicap (1m) at Royal Ascot. The Britannia fifth and sixth, Copartner Elites (Charm Spirit) and Turin Redsun (Dubawi), are among the majority of Euros bought last year with hoped-for upside –  closer to the £500,000 price bracket than the million pound mark – and similar can be said of the David Hayes-trained Helene North Star (Frankel), a smart handicapper in Britain when named Side Shot, and California Forest (Kingman) who defeated St Mark’s Basilica (Siyouni) to win his maiden. All will need to progress rapidly to make their mark on the Classic Series.

“I don’t think it’s going to be a Hong Kong Derby devoid of a European candidate this year, I just don’t quite know which one,” noted Alastair Donald, who as a bloodstock agent has sourced plenty of European gallopers for Hong Kong success, notably in association with the former champion trainer John Moore.

The difficulties in Europe for Hong Kong buyers differ in detail to the well-documented issues they face in Australia where factors such as good prize-money and the proliferation of racing syndicates disincentivise the sale of Pattern race performers, but availability is the nub in both instances. With lower prize-money in Europe and the cost of a good horse being high nonetheless, the success of large owner-breeder operations, whose model is not to sell, are a block to buyers.

“It definitely has been harder for Hong Kong owners in Europe but I don’t think it’s a trend,” Donald continued. “It’s just that in the last couple of years, the correct horses for Hong Kong have been owned by the wrong people. Next year there may be a stack of suitable horses so I don’t think it will be a consistent problem.

“I don’t think it’s because the horses have got more expensive either: in Australia, everywhere, the prices have gone up. But there aren’t any obvious standout European contenders for the Hong Kong Derby this year because there were very few available. The likes of Dubai Honour and the Godolphin horses that were running in the Classic races in Europe, the horses finishing in the right positions for a Hong Kong owner, they were owned by people who were not selling; or those that were available liked soft ground or had a wind issue; it was just a year when things didn’t fall right.”

With the Europeans playing catch-up into this year’s Classic Mile, Packing Victory holds an informal pole position after last weekend’s performance under Alexis Badel. But there is a further sub-plot throughout the series, hooked around which jockey will land on which horse for any given race. Joao Moreira and Purton hold most of the ace cards: Packing Victory is Purton’s ride if he wants it and Badel knows it.

“I’m trying to stay on the horse but it’s fair to say the probability is that Zac will jump back on and that’s a logical move from him,” Badel said. “I think in terms of ability Packing Victory looks like he’s going to be the best contender at this stage.”

Purton was in agreement with Badel about the merits of the New Zealand-bred who has won four of his six races to date, all at 1200 metres and 1400 metres.

“He did it the tough way up there on a strong speed, gave a good kick in the straight and looked as strong as anything at the line,” Purton said of his New Year’s Day win. “He’s bred to go further and he’s got a galloper’s action: he never felt like he was going to be a six-furlong horse so what he was doing at that distance, it impressed us.”

But Purton knows not to peg his colours to any single mast just yet. The David Hayes-trained Fantastic Treasure (Written Tycoon) is another Classic Mile option and there are others for the four-time champion jockey to consider besides.

“California Spangle runs next week and then goes straight to the mile. The jump from 1200 to a mile when he’s so inexperienced might be a bridge too far but he’s a very talented horse,” Purton continued. “Then there’s Captain Win who won nicely for me two back and ran a good race last time, he’ll run next week as well; Rise Brethren, I think, has shown enough that he might be a contender once we get to 1800 metres and 2000 metres.”

Moreira, meanwhile, won last time out on the Queensland Derby (Gr 1, 2400m) second Senor Toba (Toronado) and the Brazilian will have a firm handle on the John Size-trained candidates, too, including Master Delight.

The champion jockey stuck with Sky Darci (Darci Brahma) through defeats in the Mile and Cup before they triumphed in the Derby last year, while Vincent Ho, who will side with The Irishman on Sunday, having also partnered the opposing Rocket Spade first-up, was aboard Golden Sixty (Medaglia D’Oro) for a clean sweep in 2019. But it is not unusual to see riders swap mounts as the series progresses.

“Sometimes you have to pick one and then if there are better options (in the next race), you might try to go for that. Or you might have to give up the Classic Mile and Classic Cup to ride a horse the owners want you on for the Derby. The Derby is the one everyone really wants but it’s still good to win one Classic race whichever one it is,” Ho noted.

While the ‘big two’ jockeys have the pick of the feast, Badel knows from experience that satisfying morsels can fall from the table. “I won the Classic Cup last year,” he said. “I was committed to the favourite from the Mile, I was kicked off and I finally found Healthy Happy and I didn’t expect that. Anything can happen.”

That “anything” might even be an end to the European run of blank returns but, at present, the Australasian dominance looks like it might be as hard to break as the Moreira-Purton supremacy.