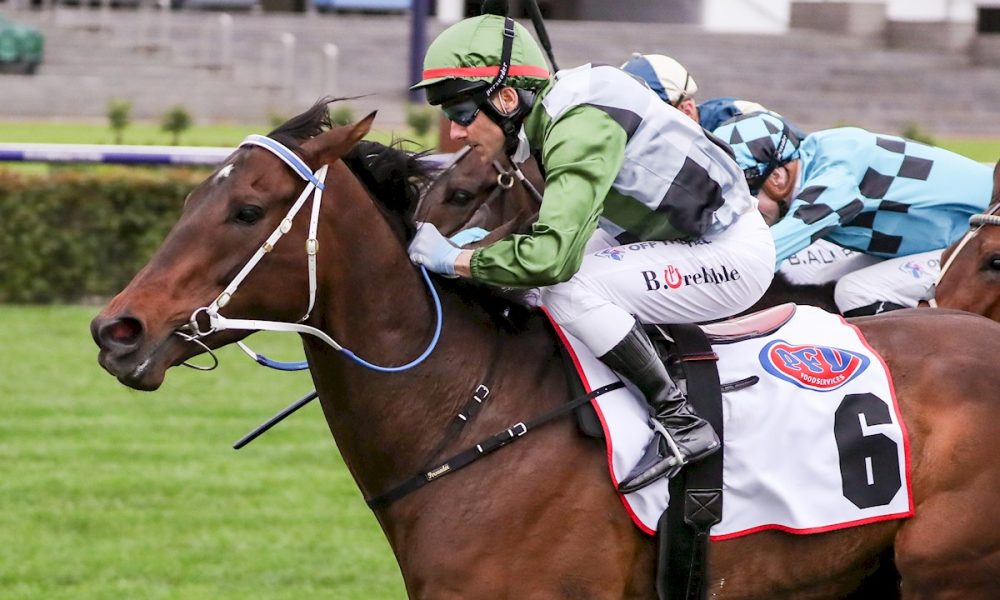 You don’t see many horses winning like Incentivise did on his path towards Group 1 glory in last Saturday’s Makybe Diva Stakes – four Queensland victories by a combined 38 lengths that made him the most exciting horse in the land.

You also don’t see many horses who reach the top with bloodlines like his, not in this country at least.

In fact his pedigree is a fair bit like those wins: clear, clean, and you start to wonder how he does it.

The first factor that stands out is it’s clear – of foreign blood, in the near past at least. In a big tick for colonials, all four grandparents are Australian.

Sire Shamus Award is by the great Snitzel out of Sunset Express, a Kris Lees-trained sprinter who won five from 23, including at Rosehill, and has thrown eight winners from nine named foals, the pick of them, Shamus Award, falling right in the middle. And dam Miss Argyle, a Gai Waterhouse-speedster who was second in the 2006 Gimcrack Stakes in a career cut to two starts partly by equine influenza, was by Iglesia out of Precious Pearl.

Strikingly, as well, the pedigree is “clean” – in that there are absolutely zero repetitions in Incentivise’s first five generations.

His Toowoomba breeder Steve Tregea, who also trained the gelding before his recent switch to Melbourne’s Peter Moody, can’t admit to being overly motivated by outcross potential when he bought Miss Argyle. Instead it was what met the eye, at the Magic Millions Yearling Sale on the Gold Coast in 2006. She’d also been bred by people he trusted, his near-neighbours Eureka Stud, whose boss Colin McAlpine had boldly imported Semipalatinsk after his racing days in Italy, and bred Precious Pearl.

“At the sales, I’d walk past the Eureka lot and kept seeing this beautiful filly,” Tregea tells It’s In The Blood. “And each time the Waterhouse camp was there looking at her. I thought they’d be too strong for me in the bidding, and I was selling yearlings at the time rather than buying them, but I would’ve loved to have bought her.”

Only two years later, Tregea – a colourful and widely-travelled former jockey who boasted a 1983 Port Moresby Cup win before the track there was closed down – would have a second chance. After her short-lived racing career, Miss Argyle was offered as a broodmare.

Tregea didn’t mind that she was by the speedy Iglesia, winner of the G2 Silver Slipper in 1998, and the G3 Standish up the Flemington straight in 2001. Despite being restricted to just six mostly modest seasons at stud, all in Queensland, he would also find posthumous fame as the sire of super sire Written Tycoon.

Miss Argyle was, thus, a younger sister to Diamondsondinside, who’d won two Listed races in Brisbane and was on his way to a 15-win, $680,000 career, which also didn’t hurt. But again, type was the deciding factor.

“She was by Iglesia, and him having Last Tycoon sireline did open up possibilities for good matings for the mare, mostly in that she was free of Danehill. And Iglesia’s dam Yodells was by Marscay, who was a good broodmare sire, but really, we’re probably clutching at straws here in my pedigree analysis,” Tregea laughs.

“She was such a good looking yearling, so correct, balanced, and good moving, that she only had to show some ability for me to want to buy her. In the end I paid the same as she went for as a yearling – $270,000.”

Like many too busy to pore over pedigrees themselves, Tregea was a client of the late bloodstock wizard Patrick Brain, who’d proffer a list of stallion suggestions.

First up, the recommendation was Not A Single Doubt, whose mating with Miss Argyle in 2008 produced Cheyenne Warrior, a Listed winner in Launceston for Lee Freedman and later a winner in Singapore.

A cover by Darley’s Nadeem yielded the modest Lake Argyle, before a trip to Redoute’s Choice produced the Tregea-trained triple-provincial winner Tactician.

“We used to breed to sell, but by changing our focus from selling to just racing, it made it easier,” Tregea says. “So she went to Drumbeats, because you didn’t worry about the appeal of the stallion in the sale ring.”

Drumbeats over Miss Argyle produced Ra Ra Epic, one of just two females from the dam amidst nine named foals. She won at Doomben, but a return to the unsung Drumbeats paid far more handsomely. Miss Argyle’s second stakes-winner Bergerac won two Listed races for Tregea in Brisbane and Ipswich, took the Mackay Cup, and claimed a win at Randwick on a trip south for the trainer.

Tregea sent Miss Argyle back to Redoute’s Choice and the result was Ardrossan, a G3 winner and G1-placegetter in New Zealand, who now stands at Waikato Stud.

Miss Argyle returned to Drumbeats to throw Flaunt, a provincial winner (who’s about to throw a Spirit Of Boom foal for Tregea). After that came the most telling mating of all, that which hatched the current Melbourne and Caulfield Cups favourite, Incentivise.

“Among Patrick’s recommendations that year I particularly liked Shamus Award,” Tregea says. “I remembered him winning the Cox Plate as a maiden, leading all the way, and I thought that was pretty spectacular.”

The keen-eyed may have noticed a thread through Brain’s recommendations with Tregea’s Last Tycoon-line mare. Not A Single Doubt was by Redoute’s Choice, as was Nadeem and Drumbeats. Redoute’s Choice himself covered Miss Argyle as well, while Shamus Award is by the mighty sire’s son Snitzel.

So while Incentivise’s pedigree contains few bits of tricky in-breeding, perhaps the strongest key to his ability lies in the blend of Redoute’s Choice and Last Tycoon.

“One thing we talk about with Shamus is that his Group 1 winners are all from different sirelines,” says Ryan McEvoy, bloodstock manager at Rosemont Stud, where Shamus Award is now serving mares for $33,000, up from $19,800 last year.

“Mr Quickie is out of a General Nediym mare, Incentivise is from an Iglesia mare, Media Award comes from More Than Ready, and Duais stems from Johannesburg.

McEvoy cites some compelling stats. The Redoute’s Choice-Last Tycoon cross has produced 42 named foals for 34 winners and ten stakes-winners. These include G1 winners Master Of Design, Bonaria and Dariana. Snitzel over Last Tycoon-line mares has produced 11 winners from 11 runners, among them two stakes-winners including G1 winner Wandjina.

Of course, behind every great male is a female. The DNA passed on through the extra X chromosome dictates it. And where you have Redoute’s Choice crossed with Last Tycoon, the magic most likely comes in the fact both descend from American super mare Best In Show.

Incentivise has the 1982 Kentucky Broodmare of the Year in a 7×6 cross. She’s Redoute’s Choice’s fourth dam (through a mating with Sir Ivor to produce Show Lady). And she’s the granddam of Last Tycoon’s sire Try My Best, via his very influential dam Sex Appeal.

Deeper in are two other mares virtually essential to a strong pedigree. Mumtaz Mahal (1921) appears four times in Miss Argyle’s background and once in Shamus Award’s. Natalma (1957) appears five times behind Shamus Award, and twice behind Miss Argyle.

Also helping make this a classic Australian pedigree is six mentions of the great Star Kingdom, through four different descendants. He’s behind Shamus Award through Biscay and Kaoru Star. Iglesia’s dam Yodells has him in a 3x4x5 cross via Biscay, Noholme and the mare Fairy Dream, while he’s also Precious Pearl’s fourth sire (Noholme – Semipalatinsk).

Incentivise is the second-last flag-bearer for his dam Miss Argyle, who sadly died last year from an apparent head injury in a paddock. Tregea does, however, have high hopes for her last live foal Argyle Lane, an as-yet unraced four-year-old gelding by the Danehill-line sire Golden Archer.

And while northern raiders have recently dominated the Melbourne Cup, with Incentivise’s strong Australian flavour, this year could truly be one for the locals.