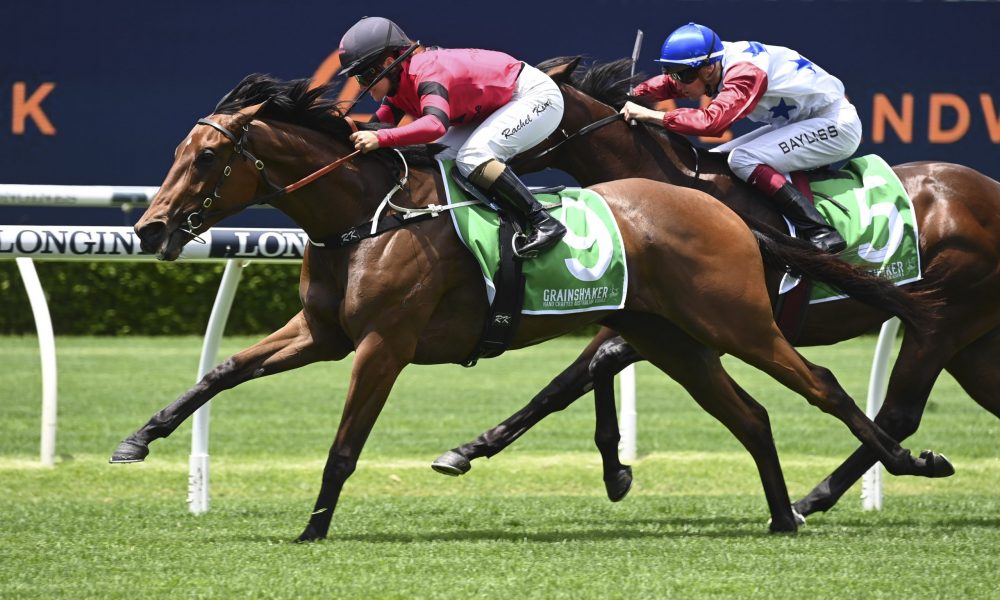 Thirty million dollars for a horse? Thirty–five million? And not even the whole horse? And he can’t even race anymore!

You can see how the rejection of two such offers might have drawn gasps from the non-cognoscenti.

Indeed, the day the news was splashed across the front of The Australian, heavyweight radio announcer Ray Hadley went on air to declare the rejector “a bloody idiot”.

Now, the 78-year-old whose name could, for some observers, sum up his nature – Ray Gall – is rather pleased he could, and did, turn down the overture, which came from one of only a couple of possible sources, Gerry Harvey.

The horse at the centre of it all was I Am Invincible (Invincible Spirit). The offer for a half share, Gall says, came around 2017, when Yarraman Park’s champion was standing for $110,000. In the next four seasons that fee averaged $217,250, and he left 584 foals.

It’s a remarkable story that began when the colourful Gall saw the son of Invincible Spirit at the Inglis Classic sale of 2006. It later included another momentous decision from the veteran owner – that being to reject the call of one of his early trainers to geld the big colt with the problem feet. Some people are blessed, but all-in-all you’d say Gall made a call or two that have paid off in ridiculous portions.

The saga shapes up for another heady chapter this Saturday, when Infatuation attempts to become the second Vinnie offspring – after another filly, Houtzen in 2017 – to win the $2m Magic Millions 2YO Classic (RL, 1200m) at the Gold Coast.

Infatuation was bred by Gall after he’d made another winning move by buying her dam Sweet Kiss – by the unfashionable Strada (Danehill) – for $240,000 in 2017, when she was in-foal to Not A Single Doubt (Redoute’s Choice). The purchase was made under his Pedrille Thoroughbreds concern, named for some of the outstanding gallopers Gall raced a couple of decades ago, including seven-time stakes-winner Mamzelle Pedrille (Zoffany), and triple Sydney Listed winner Madame Pedrille (Secret Savings).

Gall stayed in for a share when Infatuation fetched $400,000 last January, sold to her trainer Bjorn Baker, Clarke Bloodstock and US-based micro-syndicator MyRacehorse, which now has a chance of an early bounty after landing in Australia only last year.

Infatuation first caught the eye with a head second in her second start to Barber (Exceed And Excel) in Rosehill’s $1m Golden Gift (1100m) on November 5, and broke through in her fourth run, by more than half a length, over 1200 metres at Randwick on New Year’s Eve.

“I think she’s a second-to-none chance,” Gall told It’s In The Blood. “It’s a bit hard to say, she’s meeting a better field this time, but they reckon she wasn’t fully wound up the other day, and she’ll probably be improved by the run.”

Gall, a former bookie, has a rich history in breeding and racing, including teaming with a proverbial “colourful identity” from the latter, George Freeman, his neighbour in Cronulla a few decades back. Gall made his fortune in the printing business. He printed some things for Freeman, including “his 33-1 football cards” which were famous in Sydney “before the TAB could bet on football”. There are many wild stories and rumours about the late Freeman. Gall insists most would be completely and utterly true.

“I printed Jack Ingham’s big stud book. It was a beautiful book,” he recalls in the tone of a man who loved his craft, one which paid handsomely in this instance.

“Jack kicked me off into breeding with his Woodlands operation. I had Mamzelle Pedrille, and some other mares, and Jack would be saying, ‘Right, this one can go to Lonhro, that one to Octagonal, that one to Exceed And Excel’. I said, ‘Jack – I haven’t got the money to spend on these stallions’. He said, ‘Did I say you had to pay?’ He was a good bloke, Jack.”

In 1994, Gall bred another filly with his favoured name, Countess Pedrille (by Zoffany, the USA 1980 version, not the IRE 2008 model). She was unraced, but left, as her first foal in 1998, Cannarelle (Canny Lad). She was also unraced, and was sold by Gall in a streamlining move a few years later. At the 2006 Classic sale, Gall was advised by his friend and bloodstock guru Trevor Lobb to take a look at Cannarelle’s third foal.

“I said, ‘You’re right, Trevor, it’s as good a yearling as I’ve ever seen. we’re gonna buy it’,” Gall recalls.

He asked his trainer, Toby Edmonds, to do the bidding. The colt was snared for just $62,500, and he became I Am Invincible. He would go through five trainers, one of whom – John Hawkes – wanted to geld him on the grounds his bulk was too much for his problem feet. Request denied by Gall, the horse was soon moved on, still in his entirety, and under Melbourne’s Peter Morgan, showed some of his powers. He won his now-famous Group 3, Adelaide’s DC McKay Stakes (Gr 3, 1100m), in April 2009 – his highest achievement – which came one start before his length second in Takeover Target’s The Goodwood (Gr 1, 1200m).

Gall believes no one knew how good a racehorse Vinnie could have been, if not for those bad and usually sore front feet, which were nursed along through Morgan’s innovative (back then) water walker. In any event, there’s certainly no angst about him now, including his half-owner’s refusal of Harvey’s flapping cheque book.

“The offer came in, and I said ‘No’. I had a mate at The Australian and I told him,” Gall says. “Next day, it’s on the front page. Yarraman called to say Gerry was after me, so I thought he might blow up. But Gerry calls and says, ‘Thanks for the free publicity. How about $35 million?’

“I said, ‘Gerry, you can offer me fifty and my answer would still be the same’.

“Was it tempting? Yes and no. But I’d just sold the printing business, so I wasn’t short on money. Plus, Vinnie was going alright as a stallion at the time, and I’d bought a lot of mares to go to him. And Gerry sends 10 mares to him every year anyway, so I’m still getting money out of Gerry – which is not a very easy thing to do!

One mare Gall bought for his mighty stallion was Sweet Kiss, by Strada, a dual-listed winner who covered 26 mares across his last six seasons before retirement in 2021. Sweet Kiss won four of 33, three at Warwick Farm, before Gall bought her as a broodmare five years ago.

“She was in foal to Not A Single Doubt, and I thought there wouldn’t be many more of them around soon,” Gall says. “But mostly, she was size-wise the perfect match for Vinnie. He throws big horses, so you wouldn’t want a big mare.”

Gall, with Morgan, bought her back at the 2021 Magic Millions Broodmare sale, for $800,000. She now has a colt foal, of course by I Am Invincible, and is back in-foal to him.

Sweet Kiss then had four successive foals by Vinnie. Like A Kiss, a $300,000 yearling, is a four-year-old mare under the O’Dea-Hoysted-Proven banner who’s had two starts. Ring Of Steel, a $400,000 yearling for trainer Kelly Schweida, is a three-year-old colt who’s had one start, and Infatuation is the third, and so far, the brightest early runner.

She was on the fourth line of betting for Saturday’s Classic last night at $9, and with barrier eight for Rachel King, stands an undeniable chance to add yet another lucrative twist to the tale of her possibly blessed, probably astute, part-owner Gall.