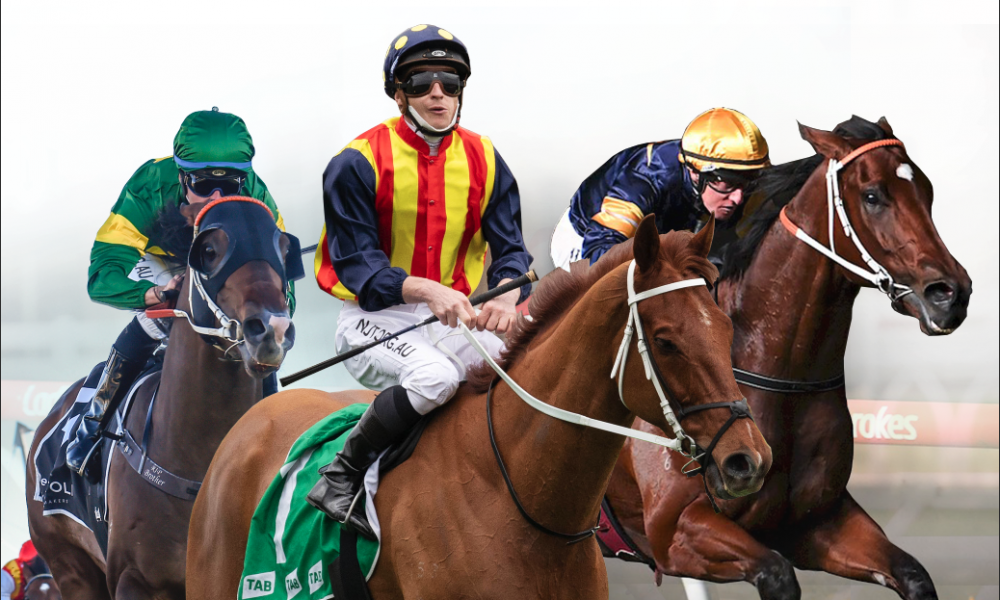 The 2022 Inglis Premier Yearling Sale, an auction with a long-held reputation for having some of Australasia’s best horses sold through the Oaklands Junction ring, will have an international flavour in terms of its bloodstock offering and there could also be a larger-than-expected overseas buying bench if early interest is any guide.

Inglis last night released the catalogue for next month’s Premier sale, to be held at Oaklands Junction from February 27 to March 1, comprising 590 Book 1 lots, the same number as last year, while a 203-lot Showcase Session will be held on day three, immediately after the main session is completed.

“This is a sale that obviously built its reputation on Sacred Kingdom, into Starspangledbanner, into Black Caviar and they’re elites of the Australian turf in many respects – horses who have demonstrated their quality internationally, not just domestically – and Nature Strip’s a graduate of the sale and he’s the best sprinter in the world,” Inglis Bloodstock chief executive Sebastian Hutch said.

“He has nearly been knocked off his perch by Masked Crusader, another Premier graduate, (in The Everest). The record of these Premier graduates in these big prize-money races is the best of any sale in Australia, which is quite remarkable in itself. Good colts come out of the sale – Ole Kirk and Bruckner – and good fillies have as well.

“When we talk about sales wanting to try and help people, whatever their objective is, this sale does it again and again.”

The clear air following the Magic Millions sale, which normally is filled by New Zealand Bloodstock’s Karaka Yearling Sale, provided Inglis with the opportunity to delay the release of the catalogue for its Melbourne auction.

“We’ve had tremendous support, from not just a lot of Victoria’s best breeders, but Australasia’s best breeders. There’s a real diversity to it. I feel like I say the same thing about all our sales, but certainly our intention with these select sales is to try and solicit the support of the best breeders and the best horses.”

Progeny of proven stallions such as champions Written Tycoon (Iglesia), Snitzel (Redoute’s Choice), Zoustar (Northern Meteor), I Am Invincible (Invincible Spirit), Fastnet Rock (Danehill) and Exceed And Excel (Danehill) are strongly represented in the 2022 Premier catalogue, while one lot by northern hemisphere-based sire Kingman (Invincible Spirit) will also go through the ring.

Buyers will also have the chance to purchase the progeny of leading first season sires Trapeze Artist (Snitzel), Justify (Scat Daddy) and The Autumn Sun (Redoute’s Choice), as well as Written By (Written Tycoon) and Yulong’s own freshman sire Grunt (O’Reilly).

While there can be plenty of bluff and bluster in the lead-up to a horse sale, Hutch says genuine early interest from buyers, both domestically and internationally, has him buoyed about the prospects of the Melbourne sale, which has also produced more recent graduates including stakes winners Bella Nipotina (Pride Of Dubai), Sneaky Five (Fastnet Rock), Semillion (Shalaa) and Blue Army (Savabeel).

“It’s traditionally been very well patronised by the South East Asia market. A lot of travel between South East Asia and Australia isn’t straightforward at the moment, but certainly we are aware of any number of people from that part of the world doing as much as they can trying to exhaust their options to get here for the sale, which I think in itself is a great compliment to standing of the sale, not just domestically, but internationally.”

Blue Gum Farm, the leading Premier vendor for the past three years, has 28 yearlings on their way to Oaklands, including a Kingman first foal out of the US-bred stakes-placed mare Dancing Brave Bear (Street Cry) and progeny of top Australian sires Extreme Choice (Not A Single Doubt), Snitzel, Lonhro (Octagonal) and Pierro (Lonhro).

Widden Stud will offer 40 yearlings, with this consignment marking the first at the Premier Sale since the historic Hunter Valley operation set up a Victorian satellite farm last year.

Prominent NSW vendors are also supporting the sale, with Sledmere Stud consigning a draft of 19, Bhima Thoroughbreds 17 and Vinery Stud has 14.

Yarraman Park Stud also has a draft 11, including three lots by I Am Invincible and four by sire-son Hellbent, a three-quarter sister to Group 1 winner Viddora (I Am Invincible) among them.

While many commercial breeders split their foal crop up between sales, renowned breeder Rick Jamieson of Gilgai Farm, best-known for producing Black Caviar (Bel Esprit) and more recently dual Group 1-winning colt Ole Kirk (Written Tycoon), will offer the 14 yearlings he has on his Nagambie property at the Oaklands Junction sale.

The Written Tycoon colt, who will be offered late on day one as Lot 251, is the tenth and final foal out of Jamieson’s grand-producing mare Soorena (Encosta De Lago), whose progeny have netted $3.37 million in the sales ring and Gilgai Farm manager Kelly Skillecorn said the veteran mare may have saved her “best until last”.

“He’s a beauty. He is different gravy,” Skillecorn enthused.

“Rick bred Soorena to Written Tycoon once before and Moody bought the colt. He rang Rick up and said, ‘you’ve done it again’ and Moody, who had Black Caviar at the time, said it in a manner to Rick that he’s bred one as good as Black Caviar and then the poor horse got a liver disease and died.

“So, he has always been keen to breed her to Written Tycoon again.”

“He gave the bloke (owner John Camilleri) his money back even though it was six months later, so he’s always wanted to breed her to Written Tycoon again,” he said.

“This is her last foal because she died up in the Hunter Valley when she had this foal on her, so we had to foster him and all that, but wait until you see him.”

While the Written Tycoon colt will stand out, Skillecorn believes the Exceed And Excel colt out of Vellor will also have admirers looking for a jump-and-run two-year-old.

“I nearly sent him up to the Gold Coast, the one out of Vellor, because he’s an out-and-out two-year-old but Rick wouldn’t let me,” he said.

“I was going to send him up to Scott Holcombe (at Milburn Creek), but he said, ‘no, we’ve got to stick with this plan’.”

Skillecorn has no reservations about the unprecedented and widespread demand for racehorses, one that hit new highs at the Magic Millions last week, continuing throughout the sales season and beyond, a view shared earlier this week by Hall Of Fame trainer Lee Freedman.

“I think the industry’s in such a good place that I can’t see this bull market ending any time soon,” Skillecorn said.

“It is such a healthy industry, it’s unbelievable. Everyone wants to be involved; as everyone says, Covid was the best thing to happen to this industry, by the looks of it.

“What other industry can you get that kind of return in 18 months?”