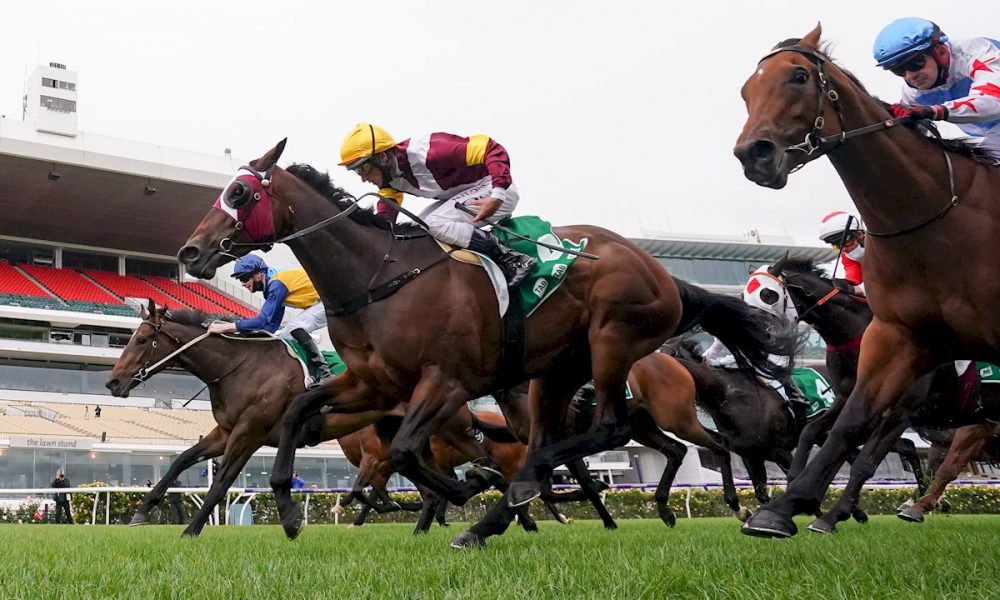 International participation in the Australian thoroughbred sales may not be back to pre-pandemic levels, but overseas investors are paying close attention to the booming local racing and breeding industries and significant overseas buyers are investigating ways to either increase or begin involvement with the sport Down Under.

Magic Millions managing director Barry Bowditch expects more international agents and buyers to be on the Gold Coast next week than there have been in the past two years as the auction auction house prepares for the national weanling, broodmare and weanling sales, which begin on Thursday.

“But in saying that, we’re nowhere near what we were pre-Covid days just yet. The participation and the engagement is still there, however, there’s still a willingness to do their work remotely,” Bowditch said.

“The Magic Millions team are speaking to our international clients and they are engaged in what’s happening here in Australia, they’re showing great admiration for our market and our racing down here.

“Whether it’s participating in the next two weeks or in the future, they’re definitely interested and I expect to see plenty of bids coming from internationals at the National sale.”

The definition of international buyers has arguably changed somewhat in recent years, with more and more overseas investment remaining in the Australian racing economy.

“I suppose from the point of view of international investors, a number of them have become somewhat perceived as locals. Sheikh Fahad bought a very expensive mare at the Chairman’s Sale (Daysee Doom for $1.1 million with David Redvers and Widden Stud) and he’s been a participant in Australia for a long time,” Inglis Bloodstock chief executive Sebastian Hutch said earlier this week.

“He might not necessarily be seen as an international per se, same as the case with Coolmore, Yulong and Rifa Mustang, which is primarily international money being invested in Australian bloodstock.

“I think the last couple of years have been a bit of a setback in terms of traditional international investment and new investment because the inability to access the country has been a massive factor, but I have no doubt in my mind that it will return.”

Hutch stressed that the domestic buyers’ power was immense, which made it harder for internationals to outbid their local opponents as they may have been able to do five and ten years ago.

“We had a number of international agents here for the Chairman’s Sale, one of whom commented to me that they’d never seen anything like the past week in terms of demand for stock at all levels,” he said.

“They just can’t believe the liquidity in the market here with people buying mares for $5,000 and paying $2.7 million for them as well.

“Maybe in the past, Australia was somewhere where the mares or stock was undervalued, but certainly the last six or seven months has served to demonstrate that the market is on the up.

“It is a very welcoming place in terms of coming to visit, but the competition is formidable locally in terms of people wanting to buy stock and I think international investors are conscious of that.”

Aushorse, the peak body charged with marketing the thoroughbred industry internationally, receives a number of enquiries each year from overseas investors interested in the sector Down Under.

Chief executive Tom Reilly said the level of enquiries has remained steady in recent months as many overseas buyers looked on at a surging Australian market in awe.

In a recent example, an American agent sought additional information and copies of the Aushorse Investors Guide as he was pitching to a group of his US clients who were keen to explore the Australian market.

“We consistently get people wanting more data about the Australian industry. We have provided that to a number of overseas parties, starting ahead of the yearling sales and we’ve had more recent requests,” Reilly said yesterday.

“One of our key roles is to go give people that data and in Australia we’ve got a great story to tell at the moment. Prize-money’s obviously very strong and for those investing in yearlings, there’s a really good opportunity (to generate a profit).

“If you’ve got fillies who go on to be successful, as we saw at Chairman’s, there’s a really strong market to sell into, and of course, the return for colts here for the few who are lucky enough to own them, the value for potential stallions is the highest in the world.”

Hutch said there were a number of international investors wanting to become involved in the Australian industry via last month’s Easter Yearling Sale, but were unable to do so at the level they’d planned due to the intense competition.

He said: “Certainly at Easter, we had a number of new investors looking to get involved. As I said at the time, it was a great disappointment that some of them didn’t get involved; some of whom are very high-profile international investors.”

Bowditch said Magic Millions would gain greater clarity about buyers’ intentions in the 48 hours prior to not only the weanling sale, but also the mares’ sale, when potential investors make applications for the level of credit they require.

“What I will say, though, is where the Australian dollar sits right now in relation to the US dollar, it’s a very appetising level compared to where it’s been in the past couple of years,”  he added.

“When we’re starting with a six, it gives the international market a lot of bang for its buck when it comes down here.”

The declining Australian dollar was trading at 68.83 US cents last night.

Despite the positivity abounding through the Australian market, the challenge for those courting international buyers remains enticing those investors to set foot once again Down Under to experience the industry first-hand now that overseas travel is more straight-forward.

“Despite the fact that the borders have effectively been closed (until recently), the level of international spend has been extraordinarily strong,” Reilly confirmed.

“For us, as an organisation, we’ve really got to bang that drum now because hopefully people will feel comfortable about getting back on the plane again.

“There’s a challenge, even if people can travel, that they’ve got used to not travelling and we have to make it a great proposition for people who want to come down and want to enjoy the experience again.”

The two-day Magic Millions National Weanling Sale at the Gold Coast starts on Thursday while the three-session broodmare sale will begin on May 24.

“That’s the job of the sales company, to canvas buyers, and over the course of the next two weeks we’ll be doing a huge job to ensure everyone knows that there’s a sale on and that there’s a mare for them, whether they’re here in Australia or internationally,” Bowditch said.

“For the internationals who are coming out to the Gold Coast, they’ll be in for a great time and will enjoy our hospitality at the sales and enjoy participating on some fantastic bloodstock.”