Irwin enjoying riding the wave of his novel idea 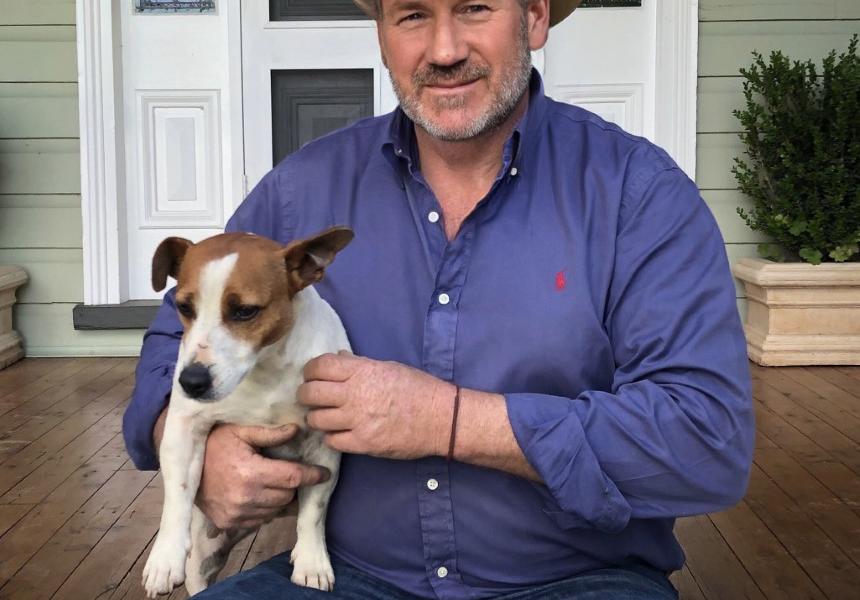 How many people that have worked long and hard enough in the racing and breeding industry, have said to themselves “I should write a book about this one day”?

Such are the experiences and stories, I’d say there’s plenty who dance with the idea but there are very few who make the time or actually have the courage to go and do it.

Former Arrowfield Stud yearling manager Stephen Irwin is the exception to that rule.

The 52-year-old son of a horseman has spent his entire life in the game and during the past five years has self-published five fiction books – Contention, Providence, Retribution, Untouchable, and Resilience.

Each of them features relatable racing characters and their journeys in the sport and there’s no holding back when it comes to portraying some of the saucy shenanigans that take place on and off the racetrack.

The first novel, Contention, “captures the heart-pounding excitement of the sport of kings, the wild seduction and temptation of dangerous women, a trainer’s love for his prize horse, and the thrill of the race to become a champion.”

The main character is an embattled horse trainer by the name of Logan Weston “who has been knocked down more times than most. He has a point to prove, and in the true Australian spirit, is ready to give it everything he has got.”

Writing ‘Contention’ marked the beginning of Irwin’s journey as an author and there’s been no stopping him since.

“When the reviews started coming in I was gobsmacked, I didn’t think people would resonate with it so much,” said Irwin.

Irwin’s day job is as a welder. Drawing on a wealth of practical experience in the industry, he runs his own business specialising in making horse crushes and scoping boxes.

He works long hours keeping up with the huge demand for his products but first thing in the morning and late at night he sits down and writes novels which have developed quite a following.

Not bad for a bloke who is dyslexic and by his own admission has only read about 15 books in his entire life.

So where did the inspiration come from to become a writer?

“When I was at Widden Stud nearly 30 years ago I got into the Jilly Cooper books and I enjoyed them but I thought the horse part of it was a bit airy-fairy and I got into Dick Francis books on audio too and I enjoyed them. But, I thought I can write a better book than this, people want to actually hear you explain the horseman side of things and for you to be able to teach them.

“There’s a fair few people that read my books that don’t know much about horses that have really started to click with it.”

Irwin’s horse knowledge has been hard-earned over many years working at the coal face of the breeding industry.

“It’s an amazing privilege to work for Arrowfield and do those horses. Paul and John (Messara) would back you 100 per cent, they are the best people I have ever worked for.”

He’s also spent time working with Yarraman Park Stud and headed up his own pinhooking business, Riverslea Farm, for 13 years but he says the days of working hands-on with yearlings are well and truly over.

“The last stint at Arrowfield I got kicked and hit in the mouth and busted a heap of teeth and had to go to the John Hunter hospital.

“Nobody could catch the weanlings and one turned around and double-barreled me. Handling horses is a young man’s game. I used to do 14km a day around the barns at Arrowfield and my joints are stuffed now.”

His extensive experience, both good and bad, has undoubtedly provided a solid base from which he can talk horses in his books and he says his late father was a major source for many of the more colourful tales.

“There’s so much in every chapter of the things that he experienced in the horse industry, the good and the bad. He was no angel and there are a few home truths that come out.”

A number of the more reputable characters that feature in some of his novels are based on well-known Australian and international racing and breeding identities including Irish bloodstock agent Dermot Farrington and NSW trainer Kim Waugh and her famous pet donkey ‘Bully’ are also the inspiration behind a particular chapter.

Irwin’s passion for writing novels is tireless and only in recent days, he has started working on another book.

“The next one will be a lot like Contention but a Yellowstone version of the breeding industry. I think it’s going to be really good.”

If his five books so far are anything to go by, it’s sure to be a real page-turner.

Irwin’s novels can be purchased directly through his website www.stephenirwin.com.au