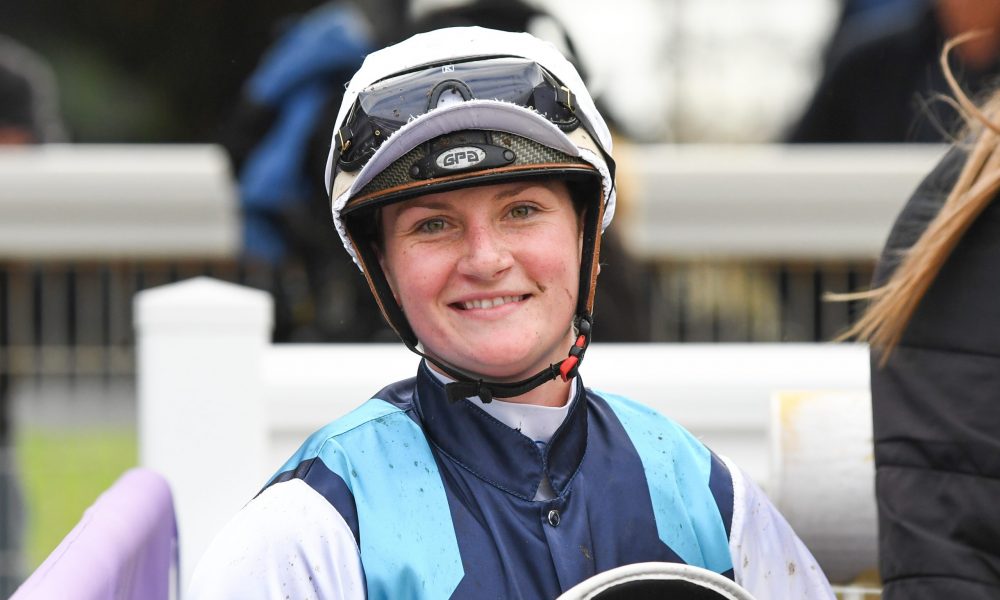 That question legitimately arises again after Kah rode five winners (from just six rides) at Caulfield last Saturday to further increase her commanding lead in the state metropolitan premiership and all but guarantee, injury aside, that she will become – technically – the first jockey to ride 100 winners in a season in Melbourne.

With 21 meetings remaining, you’d imagine she’d comfortably reach the triple figure milestone – a tally rarely threatened in Melbourne with only Damien Oliver, Craig Williams having ever reached the 90 mark. Brett Prebble, in 1999-2000, in effect rode 100 winners but his haul is recorded at 99 and a half (dead heats have only been recorded as straight wins since 2011-12).

These numbers again underline how Kah has become so incredibly successful and dominant. Sitting on 86 winners, she leads the premiership by 31 from world-class jockeys Damian Lane, Oliver and Williams, Jye McNeil, Mark Zahra, John Allen, Luke Currie and whiz-kid Will Price.

Her strike-rate is easily best among the leading riders.

Four of her five winners, last Saturday, came on horses she was riding for the first time which is a recurring theme of her success. Admittedly the market decreed that each of the five was the best horse in the race but her engagement also has a bearing on price.

Each of the five she had perfectly poised to strike in the run and it was a painless watch for anybody who backed her mounts. They won with almost negligible use of the whip but rather responded to Kah’s change of grip to find a required burst of acceleration after travelling sweetly, as they invariably do, through the race.

“Technically, she is very good. I like the way she is balanced on them and she positions them very well,” said leading trainer John O’Shea before Kah won the Group 3 Carr Stakes on his All Hallows’ Eve last month.

Her style may possibly precipitate further acceleration of the push to ban the whip or more severely limit its use. She may well be, like so many great sportspeople, a game/rule changer.

Her ability to coax the best from the enigmatic Nature Strip was a highlight of this season along with her ability to cope with the pressure of riding for Godolphin in a Group 1 away from her home patch – and duly winning the Doncaster on Cascadian, who’d not won for over 12 months despite having been ridden by some of the nation’s best.

Her deeds have been so spectacular she has completely overshadowed Rachel King, whose performance to be sitting third on the Sydney metropolitan premiership is absolutely meritorious in its own right.

All of this leads me to conclude that, right now, she is the world’s best female sportsperson and one of the best, full stop.

Her only rivals could, in fact, be fellow riders Hollie Doyle and Rachael Blackmore – competing, as they each do, on level terms against the men in a dangerous and demanding sport.

Motor racing and the broader equestrian world are the only other pursuits which could be similarly categorised and while many women have excelled in these domains, none have dominated quite like Kah has this season or as Doyle threatens to do.

Doyle and Blackmore are legitimate rivals to the title. Doyle rode more flat winners, in 2020, than all bar Ben Curtis.

Blackmore not only became the first woman to ride the Grand National winner this year but she also finished second on the Irish National Hunt (jumps) premiership to Paul Townend.

They are extraordinary achievements and these women will change the face of racing. They provide us with one of the very best advertisements for the sport but one which, I fear, is still underplayed by racing authorities around the world.

All the more remarkable when you consider it was little more than 40 years ago when Linda Jones became the first registered female jockey to win a race against the males at Doomben in this month in 1979.