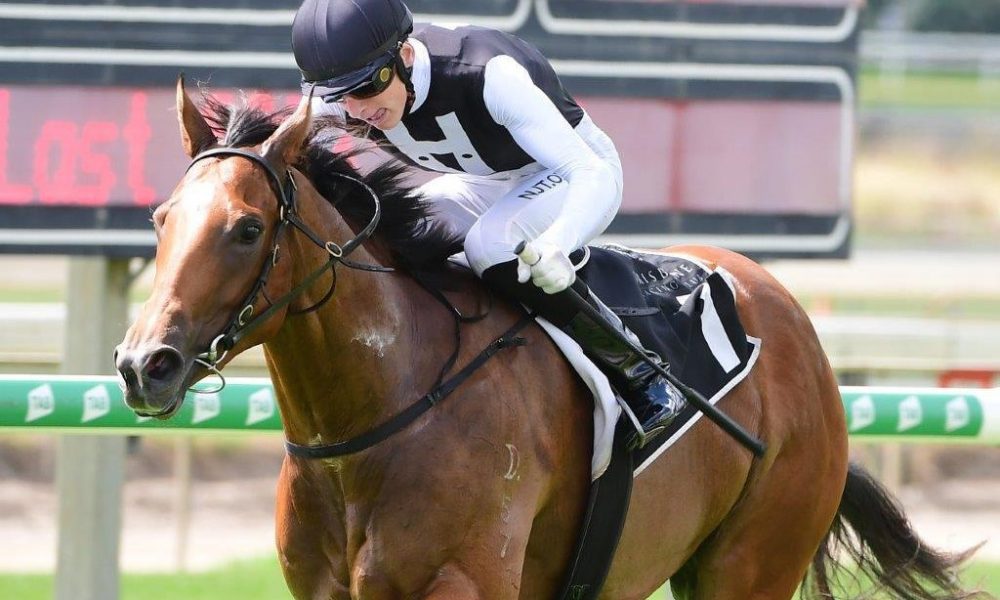 As a punter, if you get overs, you’re often waiting for a rude awakening: those despised words as you confirm your bet – “Win odds have changed” – or the dreaded scratching of the favourite at the barrier, and its loathsome companion, deductions.

Similarly, when you’re buying horses and you score unders, you might be left looking over your shoulder, to see if someone’s approaching with news there’s been a terrible mistake.

It felt something like that for Daandine Stud’s owner Jan Clark and stud manager Mark McCann when they bought Great Dansaar at the National Broodmare Sale in 2016, for just $80,000.

“Good price? Oh! I think we stole her, to be honest,” says McCann. “I thought that at the time, and I certainly think that now.”

Trained by Bjorn Baker, Great Dansaar hadn’t set worlds on fire as a racehorse. She did win her first start by nine lengths, as an odds-on pop in an eight-horse two-year-old field at Orange in 2012, and won twice more at Kembla Grange within her first ten runs. But with only four low level placings in her subsequent 17 races, mixed with some niggling injury issues, she was sold off to stud.

Her father Choisir had been no superstar as a broodmare sire, either. He was about to finish 86th on that table in Australia, for 2015-16, with his oldest grandchildren nudging seven.

Still, the Daandine brains trust was left wide-eyed and wondering as the gavel fell at that broodmare sale. Had no one else noticed Great Dansaar’s half-sister – out of the well-bred Xaar mare Condesaar – was a filly by All American named Yankee Rose?

Just two months earlier, Yankee Rose had won the Group 1 Sires Produce Stakes at Randwick, by two-and-a-half lengths. The start before she’d finished second in the Golden Slipper, beaten a half-length by Capitalist.

The team from Daandine – at Goomburra, between Warwick and Toowoomba – hadn’t been cheering Yankee Rose that day, when Capitalist became the first Group 1 winner they’d bred. But they were whooping loudly in the months after buying her half-sister, as Yankee Rose became a star of calendar year 2016. At three, she took out Randwick’s Group 1 Spring Champion Stakes, and finished third in the Cox Plate, behind only Winx and her then shadow Hartnell. (Yankee Rose was also second home in the Group 1 Flight Stakes earlier in the spring, but was disqualified for a positive test to an anti-inflammatory).

And Daandine – a small, private concern that’s yet to boast a website – has only seen their 2016 purchase increase in value since.

For one thing, Choisir’s stock as a broodmare sire leapt dramatically – in Britain and Ireland – when Winter, out of Choisir’s daughter Laddies Poker Two, stunningly won four Group 1s in a row, including Royal Ascot’s Coronation Stakes. (She also came a head second attempting a fifth!) At home, Choisir’s standing in the category has also improved, reaching 32nd in 2019-2020, mostly through the deeds of Group 2 winning and VRC Oaks-placed Moonlight Maid.

And now the purchase looks set to kick its biggest goals yet.

Thanks to Great Dansaar’s daughter Isotope – the Deep Field filly who portended greater things to come in becoming a stakes-winner in the Listed Mode Plate at Doomben on Saturday – the story just grows better and better.

The filly fetched $170,000 amid Daandine’s six-horse draft at the Gold Coast in January last year, sold into the formidable stable of Tony Gollan. She went a length better than her mother on debut, winning by ten lengths – and in city class at Doomben no less.

Backing it up with a two-length win in a strong ($65,000) Sunshine Coast two-year-old at her second start, she then gave substantial proof of what Gollan had on his hands. Lining up in the Listed Champagne Classic at the start of the Brisbane Winter Carnival, Isotope finished second – a length and a quarter behind subsequent Group 1 winner Rothfire, and just ahead of later Coolmore Stud Stakes placegetter Wild Ruler.

“That Champagne Classic was the most important race of the two-year-old season in Brisbane,” says Henry Field, managing director at Newgate Stud, home of Deep Field. “For Isotope to split two males of the quality of those two in that race, no wonder she gave those fillies a lesson in a stakes race last Saturday.”

Isotope looks to have improved with age, and might just prove to be the Group 1 winner that has so far eluded her sire, outstanding though he has been through six seasons.

Daandine took the decision to send Great Dansaar to Deep Field in his second season. The son of Northern Meteor was obviously unproven, but the match made sense to the mare’s connections.

“When we bought Great Dansaar, we just fell in love with her,” McCann says. “She had that great nature, lovely depth of girth, good length; she was a really ripping type. She ticked a lot of boxes as a broodmare for us – good two-year-old form through Yankee Rose, and she was a good two-year-old herself.

“She’s just a lovely mare. And what she has herself she puts into her foals, in that great temperament. What we look for in mares, they tend to pass into their stock.

“And Deep field – it was just speed on speed,” he says of the son of Northern Meteor, who won the Group 2 Linlithgow up the straight 1200 metres at Flemington, and was placed in a Group 1 Lightning there. “We went more on type than anything. He was a fast horse, good sprinting horse, and Deep Field being free of Danehill it was a good thing to breed to, to outcross a bit.”

There was the rub for Field, who says it was “a great match-up”.

“Deep Field and Danehill-line mares are just going together so well, and Choisir mares in particular seem to work really well,” says Field. “Any time you get a stallion that’s Danehill-free who has a real strong affinity with Danehill line mares, it’s like dynamite, gold dust, because such a huge proportion of the Australian broodmare population is Danehill line.

“A number of Deep Field’s really good horses have been bred in a similar way,” says Field, pointing to Group 2 winner Cosmic Force (out of a Commands mare) and Winning Dreamer (out of a Danehill mare), who is unbeaten in five Hong Kong runs.

Looking more closely at Isotope’s pedigree, there’s more than a hint of some staying power as well in granddam Condesaar (though she herself was unplaced in two starts).

While her daughter Yankee Rose was a $10,000 yearling sale bargain, four years later her Redoute’s Choice filly sold for $460,000. Named Miravalle, the Sydney filly blossomed as her races grew longer in the just-finished spring, peaking with her last-start fourth in the VRC Oaks.

And Condescendance’s dam (Isotope’s fourth dam) was Condessa, who won the Group 1 Yorkshire Oaks, an illustrious staying test won more recently by no less a champion than Enable.

Meanwhile, Isotope has a half-sister by Winning Rupert, named Rupertaar, in training with Bjorn Baker, who is said to be showing promise. Great Dansaar’s third foal – a Sebring colt – will be offered at the Magic Millions Yearling Sale next month. She also now has a filly on the ground by Spirit Of Boom, which McCann says is “outstanding – one of the best foals she’s had so far”, and, trying to repeat the dose from Isotope, she’s again in foal to Deep Field.

Daandine also bought a half-sister to Great Dansaar – Conducir – for $170,000, at this year’s Inglis online broodmare sale, who is also in foal to Deep Field.

All in all, their “steal” of a purchase in Great Dansaar might just have tapped a very rich vein for the stud indeed.