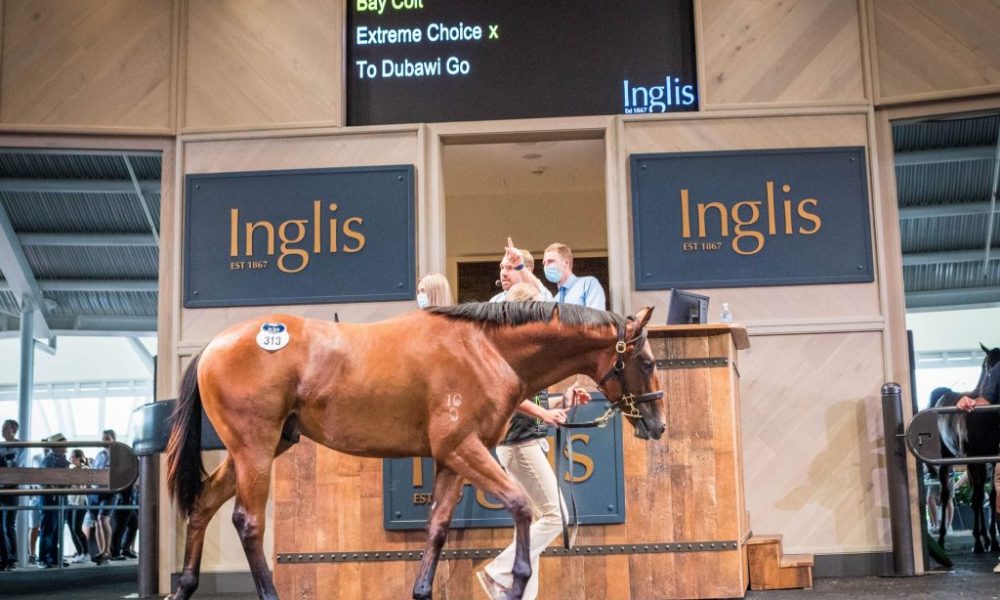 Inglis is banking on the long-standing reputation of the Classic Yearling Sale as a source of high-quality racehorses capable of winning at the elite level to attract the most diverse buying bench to the company’s first auction of 2023, the first of five select sales to be conducted by the company next year.

The catalogue for the three-day Classic Sale – to start at Riverside Stables in Sydney on Sunday, February 12, a day after the running of the $2 million The Millennium (RL, 1200m) at Randwick – was released last night amid a flurry of activity from the three Australasian thoroughbred sales companies.

Next year’s Inglis Classic Sale will feature 690 yearlings in Book 1, while 140 lots are in the Highway Session, an increase of 20 lots year-on-year across the two divisions.

“People target Classic because, generally speaking, there’s a horse who fits into the wheelhouse of pretty much every buyer and that resonates with vendors and vendors want to have more horses in the sale.

“We are in the business of trying to keep as many people happy as we can, but inevitably, we’ve found ourselves in a position where we have to disappoint a few, but we’ve worked hard to try and facilitate demand and this is the catalogue we’ve come up with.”

As bloodstock prices have risen, so too have the averages, medians and aggregate turnover achieved at the Classic sale but the perceived value of Inglis’ opening auction of the year is hard to ignore, Hutch said.

“It has been very much a rising tide. Prize-money’s gone up, returns to owners are going up, but so too has the cost of acquiring stock and it’s been going up fairly consistently across the board,” he said.

“There have been very few instances of any sale being isolated from a rise in price or a rise in cost, so I still think the same stock and the same sales represent value relative to others.

The syndicators have traditionally zeroed in on the Classic sale as a source of horses in quality and quantity to fill the needs of their clients – Triple Crown purchased Group 1-winning sprinter Mazu (Maurice) from the 2020 sale – but Hutch suggested the buying bench had far more depth to it than just that segment of the market.

“To be honest, I can’t think of too many people who wouldn’t be looking at the sale very seriously,” the CEO said.

“It has got a proven track record in every facet of the industry, whether it’s producing colts who go on to be very lucrative stallion prospects; fillies who go on to be very valuable commercially or as broodmares subsequently; trade horses; breezers; early running sorts; horses who get out win Classic races.

“The sale can do everything and the catalogue for 2023 is no different. You are always trying to fine-tune and hone how we put the catalogue together, every year you learn something new that you look to implement the following year; vendors are the same, they’re constantly fine-tuning their criteria, all with the intention of trying to end up with a better result.

“Hopefully come February 15 next year everyone will be pleased with the outcome.”

Vendor Parsons Creek, who sold Mazu for $180,000 in its inaugural Classic draft, will return to Riverside Stables in February with eight yearlings catalogued including colts by The Autumn Sun (Redoute’s Choice), So You Think (High Chaparral) and Vancouver (Medaglia D’Oro) and fillies by Yes Yes Yes (Rubick) and Cosmic Force (Deep Field).

“We have got a lovely colt by The Autumn Sun [Lot 661] out of a stakes-performed American mare, Our Sweet Sydni, so he is probably one of our top ones,” Parsons Creek operations manager Jo O’Gorman said.

“We bought Our Sweet Sydni out of The Chairman’s Sale a couple of years ago [for $230,000] and she’s produced a big, strong colt. He was a hard one because he was in between going to Easter and Classic and we decided to put him in Classic because we just think he’ll stand out there. He’s lovely, very much in the mould of his father.

“We have got a really, really nice Yes Yes Yes filly [Lot 74]. She’s out of a stakes-winning mare called Siren’s Song. Ever since she was a foal she was a beautiful type and we’ve got a So You Think colt out of a mare called Lips ‘N’ Lashes. He again is a massive, strong colt and Inglis were really impressed with him, so I think he’ll sell really well.”

O’Gorman said Parsons Creek chose to target the Classic sale in the expectation that its draft will stand out rather than heading to an alternative select sale next year.

“Our first ever draft was at Classic, when we sold Mazu, so we were lucky there and I think you can do really well at the Classic sale,” she said.

“All the top trainers go there, you’ve got some excellent horses by some great sires, you get a mix of the proven sires and your first season sires.

“Easter is an excellent sale to be in, but you’ve really got to have the perfect horse for it. You have got to tick all the boxes there, so Classic is a great opportunity for your horses.

“A lot of ours will sit in the top tier, which is great, and you can do really well out of it.”

Hutch said Parsons Creek is not alone when it comes to facing the decision of which sale is best suited for their respective yearlings.

“It’s obviously a significant challenge trying to consolidate three yearling sales at pretty much the same time across Classic, Premier and Easter and there are plenty of instances where there are horses or vendors with credentials to go to any of those three as well as some of the other yearling sales,” he said.

“We try to be as collaborative as we can be with vendors across the board to try and identify what the right place is, we are very much reliant on the feedback of breeders and vendors as to where they see their horses best placed and how we feel those horses can sit in those respective spots.”

The source of elite Group 1 winners Classique Legend (Not A Single Doubt), She Will Reign (Manhattan Rain), Shadow Hero (Pierro) and Shelby Sixtysix (Toronado), the Classic sale has also traditionally been a launching pad for first season sires and 2023 is no exception with yearlings by 22 different freshman stallions represented including Pierata (Pierro), Exceedance (Exceed And Excel), Yes Yes Yes (Rubick), Zousain (Zoustar), Brutal (O’Reilly) and Castelvecchio (Dundeel), Microphone (Exceed And Excel) and Unite And Conquer (Hinchinbrook).

“There’s no disputing the fact that the stallion ranks in Australia are very much going through a period of transition. We have had a huge crop of young stallions coming through the last number of years,” Hutch said.

“It’ll be interesting to see which horses emerge from the pack, so to speak, as it can be a very fickle marketplace.

“There are plenty of stallions in recent years people have dismissed and subsequently they have emerged as high-class stallions. Shamus Award is a very obvious example of that and no doubt the same will happen again over the next number of seasons.”

Widden Stud is leading vendor by number of entries with 56 lots catalogued while Arrowfield (50), Sledmere (44), Vinery (38) and Newgate (35) are also strongly represented.