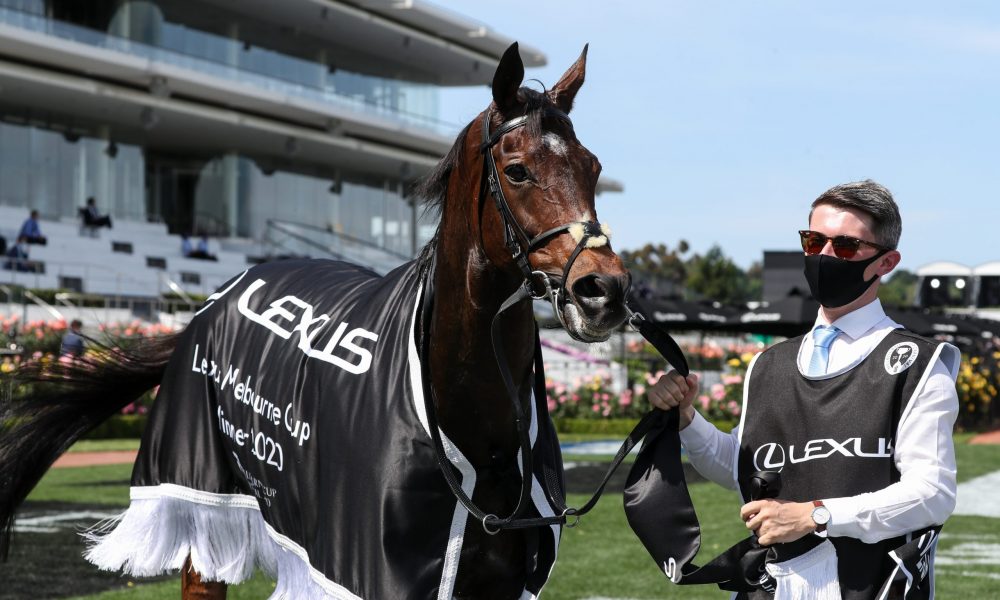 It can take a lifetime to win a Melbourne Cup, and then they come along all at once.

Teofilo, the seemingly unstoppable son of Galileo, deepened his growing impact on world racing when Twilight Payment earned his sire a second Cup victory in three years on Tuesday, after the win of Cross Counter in 2018.

The touch of the sire is proving a decent guide to Cup winners. Excluding multiple winners such as Makybe Diva from 2003-05 and Think Big in the mid-70s, three sires have stood out in the modern era of Australia’s greatest race.

Sir Tristram had Gurner’s Lane and Empire Rose in the 1980s and Brew in 2000. Zabeel went back-to-back with Might And Power and Jezabeel in 1997-98 before being represented again by Efficient in 2007. Then Monsun pulled off three in four years, with Fiorente and Protectionist winning before Almandin’s 2016 triumph.

Teofilo, who’s now 16, still has a very strong chance of emulating those three-peats, especially through the Cup’s European raiders, to further enhance a stud career that looks still more impressive considering some of the problems the Darley stallion has had.

Australians might be somewhat surprised by his two winners in the great two-mile handicap that stops the nation. Through an interrupted shuttle career – ultimately curtailed by health issues in 2018 after seven southern seasons in nine years – Teofilo has sired some outstanding gallopers. But most have been recognised as milers.

Happy Clapper won three Group 1s, from the 1600 metres of the Doncaster-Epsom double at Randwick, down to the 1300 metres of the Canterbury Stakes, and Palentino won two 1600-metre Group 1s.

Kermadec won two of Sydney’s big miles, the Doncaster and George Main Stakes in 2015. He now looks to have passed on his sire’s staying blood to Montefilia, the cream of his two crops to date, who took the Randwick spring three-year-old Group 1 double this spring in the Flight Stakes (1600m) and Spring Champion Stakes (2000m). In doing so, she has propelled Kermadec to the top of the Australian second-season sires’ table, and more glory could come in today’s VRC Oaks.

(Speaking of strong staying sirelines, Montefilia is out of Bana Wu who’s by Shirocco, who is another son of Monsun and is the sire of Prince Of Arran, who cemented folklore status with his third Melbourne Cup placing on Tuesday.)

“His progeny in Australia have shown more speed than those bred in the northern hemisphere, which is probably to do with the speed in our female lines compared with northern hemisphere mares,” said Alastair Pulford, head of sales at Darley Australia.

“He’s been capable of siring stayers, like Queensland Derby winner Sonntag, but he’s best known here for his milers like Happy Clapper and Kermadec.

“Overall though, we’re all very proud of him. He’s not the world’s most fertile stallion, so he doesn’t have huge numbers out there racing every year, but he’s been an extremely capable stallion in both hemispheres over a long period of time.”

Teofilo has sired Group 1 winners in Australia, Ireland, England, France, Germany and Hong Kong, as well as G2 winners in South Africa. His new Melbourne Cup success came 10 days after a G1 double in France on the same weekend, with three-year-old Subjectivist taking the Prix Royal-Oak (3100m) at Longchamp, and two-year-old Gear Up taking the Criterium de Saint-Cloud (2000m).

What’s also noticeable about his progeny, not only in Australasia but Europe, is their adeptness on dry tracks, given he’s of the Sadler’s Wells sireline, as evidenced in Twilight Payment’s imposing all-the-way win on a hard Flemington surface.

“For a grandson of Sadler’s Wells, his progeny are very good on top of the ground and they like fast ground,” Pulford said. “It’s uncommon for a Sadler’s Wells-bred. They’re noted on soft ground but the Teofilos buck that trend in a sense. Even in the northern hemisphere he’s known as a sire of good horses on good to fast ground.”

Teofilo – named after Cuban triple-gold medal winning Olympic boxer Teofilo Stevenson – looked like being a sensation on the track. He won his first five starts, the last two in Group 1 events in the National Stakes in Ireland and the Dewhurst Stakes at Newmarket. This led trainer Jim Bolger to declare him perhaps the best horse he had trained.

Misfortune intervened when a knee injury suffered in training wrecked plans for his three-year-old season, and he was retired to Darley’s Kildangan Stud, his sole base today.

Detroit, who won the Arc in 1980, was covered by Sadler’s Wells to produce another Arc winner, Carnegie, best know to antipodeans as the sire of the outstanding multiple Group 1 winning mare Tuesday Joy, and Amalfi, who became trainer Peter Moody’s first G1 winner when he prevailed in the 2001 Victoria Derby.

Put to Nureyev in 1993, she left Mayenne, who threw My Renee, a stakes-winner in Britain and Ireland.

Covered by Holy Roman Emperor – the horse Teofilo beat into second in his two G1 wins – My Renee produced as her third named foal the quality filly Banimpire, who won the 2011 G2 Ribblesdale Stakes and four other stakes races.

From a mating a year earlier in 2006 with Oasis Dream, My Renee left Dream On Buddy as her second named foal.

Dream On Buddy showed little on the track, but it was her mating with Teofilo that brought her second named foal, and which has now brought us the latest entrant on the 160-years long list of winners of Australia’s greatest and most enduring cultural institution, the Melbourne Cup.

HOOFNOTE: Oasis Dream is best known as a sprint sire, but is not only broodmare sire to Twilight Payment, but also of his vanquished Melbourne Cup rival, Cox Plate winner Sir Dragonet (out of Irish mare Sparrow).

Dream On Buddy’s four other named foals include the New Approach filly Bandiuc Eile, who was Group 2-placed as a two-year-old in the Curragh’s Debutante Stakes in 2018.