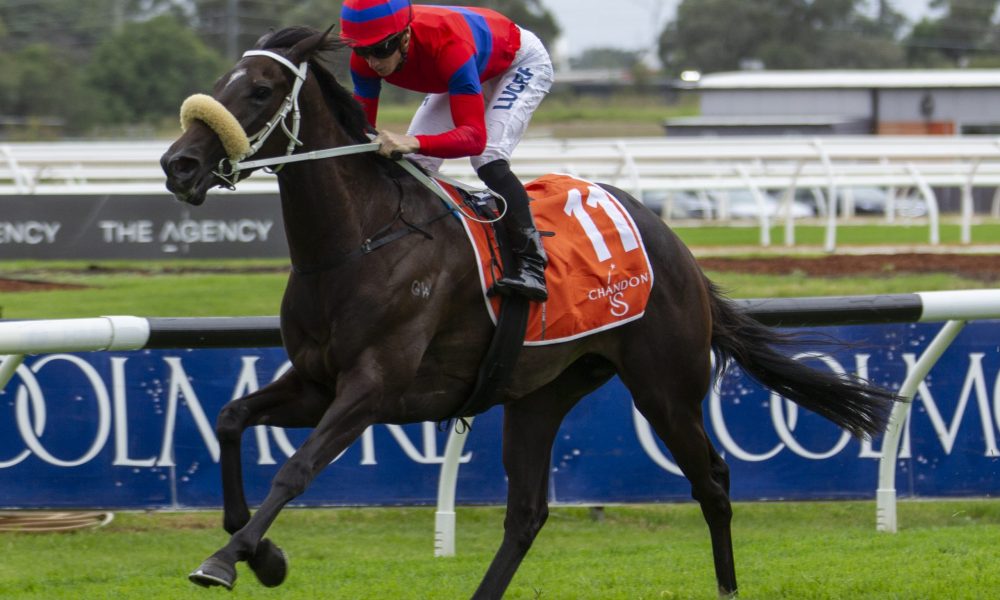 Two academic points spring to mind in an assessment of Verry Elleegant.

The most obvious is that the spelling is a tiny bit off. The second, from the mare’s pedigree, suggests the maths don’t quite hit the mark either.

The factor that screams “potential champion” in the lineage of the five-year-old, who’ll attempt to become the latest New Zealand mare to run off with a major cup this spring, is the rare dual presence of super broodmare Eight Carat. Yet even 16 carats wouldn’t be enough to describe the result of the equine alchemy that went into producing Verry Ellegant.

The Chris Waller-trained five-year-old, bred by Auckland senior statesman Don Goodwin and originally trained in New Zealand by Nick Bishara, claimed her fifth Group 1 in last Saturday’s Turnbull Stakes at Flemington. There is clearly a lot more to come from the daughter of Zed, but 10 wins and $3.7 million into her journey, the tough mare is a shining advertisement for the canny study of bloodlines, and for the bargain buy.

Verry Elleegant’s recent history started at the New Zealand Bloodstock Autumn Mixed Sale in 2007, when Bishara paid just $5,000 for a yearling filly by the son of Danehill, Danroad, who he named Opulence.

Out of the moderately, indeed poorly performed Australian mare Mulan Magic, Opulence also achieved no glory on the track, partly due to injuries, but that wasn’t the major point. Bishara had been attracted to her pedigree, particularly that she descended from Eight Carat. It was this that in turn prompted Goodwin – upon buying Opulence when she retired – to put her to the son of Zabeel, Zed. He’s enjoying more success as a sire these days, but at that time stood for just $500. The big lure, though, was that look back through the ancestors to again see the revered name – Eight Carat.

Had Verry Elleegant descended from Eight Carat in only her female line, it would be enough to stir the blood. But having this Blue Hen on both sides, in a 5×5 cross, is extremely rare in this part of the world.

“It’s one of the most interesting bloodlines in the Australian Stud Book,” says the now-retired long-time keeper of that Bible, Michael Ford. “It’s rare to have half-sisters as great-grandmothers, and I can’t recall any horse with Eight Carat on both sides like this. Every now and then you get a mare with so much quality in their genes it just gets transmitted, and for a number of generations, and Eight Carat is one such mare.”

Eight Carat, a 1975 foal by Eclipse Stakes winner Pieces Of Eight out of British mare Klairessa, was unplaced from five starts and before yielding one foal in Britain and then being imported to Australia. While her track form inspired little from her new owners, the subsequent deeds of her younger half-sister Habibti – Britain’s 1983 Horse of the Year – certainly did.

But it was after her transfer to New Zealand in 1983 that this broodmare took her biggest steps towards Blue Hen coop.

In 1984 she produced Kaapstad, by Sir Tristram, who claimed the Group 1 VRC Sires’ Produce Stakes. Seven years later came the filly Marquise, by Gold And Ivory, who took Trentham’s Group 1 Captain Cook Stakes. Her best came next, when her mating with Zabeel produced the champion Octagonal, followed a year later by his full-brother Mouawad, winner of three Australian Group 1s including the 1997 Australian Guineas.

But the offspring we are most interested in Eight Carat’s first one – Cotehele House – an unraced mare by My Swanee foaled in Britain in 1980.

In Verry Elleegant’s pedigree, Cotehele House features in the female line of both sire and dam.

She’s the great-granddam of Zed through daughter Theme Song (by US sire Sackford) and that mare’s exceptional daughter Emerald Dream (Danehill), the Group 1 New Zealand International Stakes winner who threw Zed as her first foal.

And she’s the great-granddam of Opulence via the unraced Imposing mare Chalet Girl, dam of Mulan Magic.

Eight Carat herself sprang from quite the family, perhaps unsurprisingly as she descended, through the tail-female line, from the legendary Mumtaz Mahal.

Aside from Habibti, another half-sister, Great Klaire, was the grand-dam of New Zealanders Bonanova, Fraternity and Telesto, who were all top-level winners, with Bonanova also producing two stakes winners.

There’s also a dash of Australian racing and breeding royalty in the bloodline. Advertising mogul John Singleton bred a daughter of Strawberry Road in the US, named Strawberry Girl, who threw Verry Elleegant’s maternal grand-sire, Danroad.

As for Zed, who’s had a roller coaster career as a sire who’s fallen in and out of fashion, outside of Verry Elleegant his best known offspring include Zed Em, who’s won almost a million dollars, mainly over the jumps in Australia.

A few years ago, Bashiri had trained Opulence’s second foal, a colt by Zed named Verry Flash, who he thought would be his stable star. Now six, he has won seven races, which isn’t too bad.

But a year after his arrival came his little full sister, Verry Elleegant. You could say a fair bit has changed since then.