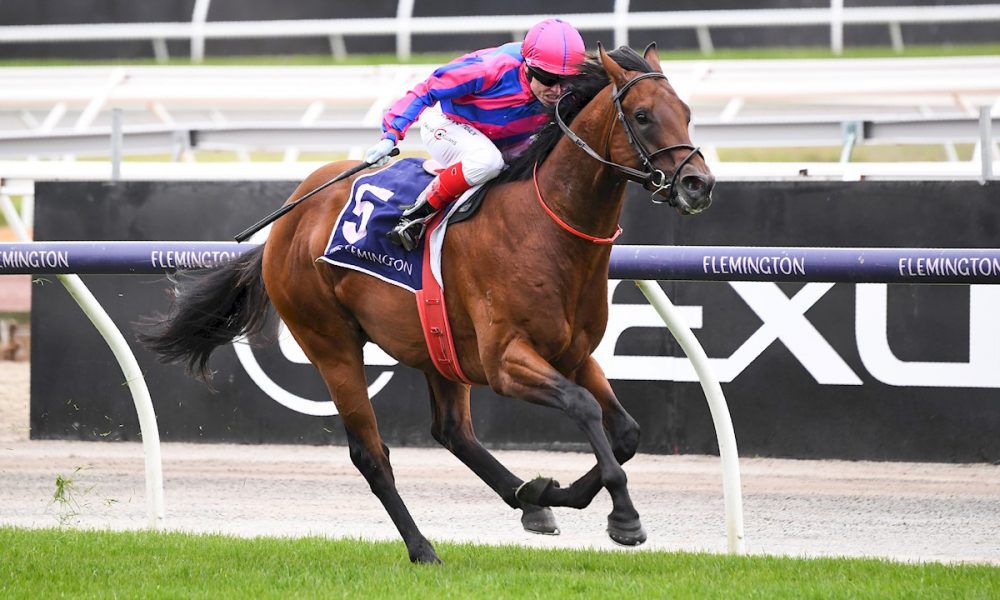 Widden supremo Antony Thompson may well be wishing he named the dam of his Lot 807-consigned Trapeze Artist (Snitzel) colt Cisutti, rather than Bisutti. But that might have been too disruptive to a native Italian.

Yesterday, the chestnut colt was a half-brother to two winners, including the Adelaide Listed winner Absolute Flirt (Stratum), and sold late in session four, fetching $400,000 – just before those with dams beginning ‘Ci-’ are sold this evening.

Today, come around about 4.05pm (AEST), the chestnut colt could be a half-brother to two winners, including the Adelaide Listed winner Absolute Flirt and $2 million Magic Millions 2YO Classic (RL, 1200m) winner Stupendo (Supido).

Perhaps predictably, the yearling colt by Widden’s own four-time Group 1 winner Trapeze Artist has landed in the stable of Danny O’Brien, who is having to increasingly reach deeper into his pocket to secure the offspring out of the metro-winning sprinter Bisutti (Northern Meteor), after buying Absolute Flirt for $100,000 and Stupendo here last year for $120,000.

“It would have been a dream result for Stupendo to win or run really well and then sell his half-brother (later) that night,” Thompson pondered.

“It’s worked in Danny’s favour and I think everyone expected him to buy that colt and he was delighted to do that.”

It has also worked for Thompson’s wife, Katie, who races Stupendo with a syndicate of ladies who, in addition to the $2 million prize-money on offer, are chasing the $500,000 ladies bonus for the highest-finishing horse in the 2YO Classic to be owned exclusively by women.

In a three-horse race for the bonus, Stupendo’s 12 girls are taking on the 20-strong ownership group of the Trent Busuttin and Natalie Young-trained Cusack (Not A Single Doubt), winner of the Ballarat Magic Millions 2YO Classic (1000m), and the Mick Mair-trained Sneaky Starter (Press Statement), a dual winner on the Sunshine Coast.

And, in an endorsement of the concept, the same syndicate of ladies is set to take ownership in the Trapeze Artist colt in the hope of returning to the lucrative Gold Coast raceday this time next year.

“It’s a fantastic initiative and certainly my wife Katie is a big fan, having been involved in Sunlight for that reason. And here you’ve got a colt that has brought a great group of girls together,” Thompson said.

“A lot of them are friends and then there are some new owners, such as Emma Hawkins, the wife of Geelong Cats player Tom Hawkins, and there’s a few of her friends involved as well. So it’s hugely exciting for them and hopefully they have a lovely day (today). It’s just bringing more people into racing.”

Stupendo has a car park draw of barrier 19 (into 14 with scratchings), which somewhat complicates matters for the Craig Williams-ridden colt, who opened his account as a debut winner at Flemington on December 11, becoming the first winner for his freshman sire Supido (Sebring), before running second to Mishani Spartan (Husson) in last weekend’s Gold Nugget (1100m) at the Gold Coast.

“Coolangatta does look the horse to beat but we think he’s a good chance in the race,” O’Brien said yesterday.

“Unfortunately he’s drawn a wide barrier, so it’s over to Craig Williams now and I’ll leave it to Craig. I don’t want to give him a sleepless night before the race!”

O’Brien has bought nine yearlings on the Gold Coast for a spend of $1.98 million, led by his latest stable acquisition.

“We’re very pleased to get him,” he said. “Bisutti leaves good, precocious types who hit the ground running, and Trapeze Artist is the best-performed stallion she’s gone to.

“This colt is a nice athletic mover who we were keen to get and hopefully he’ll come to hand quickly as well.”