Lee looking off the Grid with Inglis Digital import 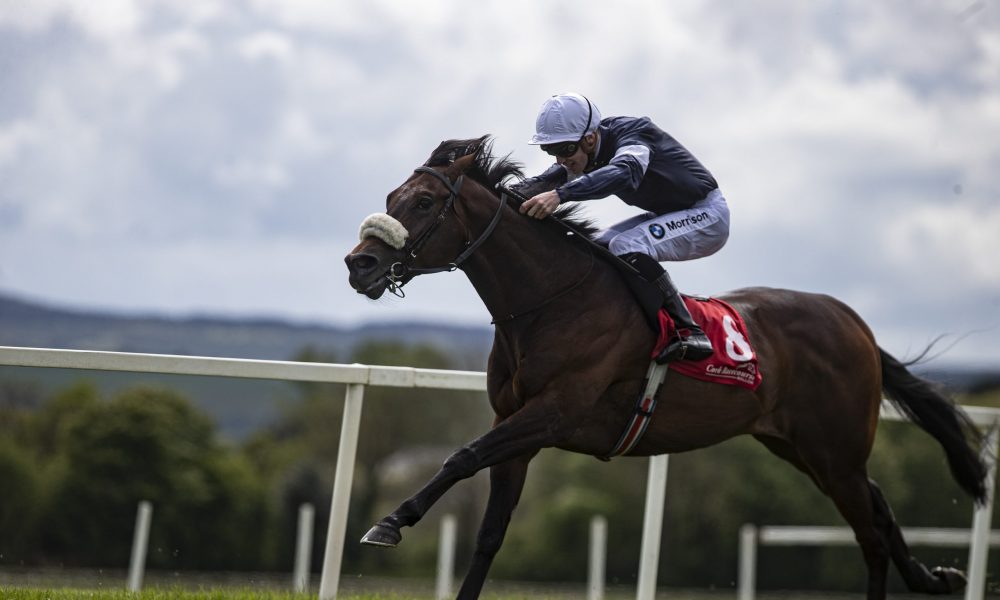 A shipment of Australian horses into Hong Kong yesterday involved Group 1 winners, expensive purchases and bluebloods but perhaps the most fascinating of all was a horse whose origin could not have been further away from the land down under.

Grid (Siyouni) – conceived in France, foaled in England, initially trained in Ireland and contesting races in the UK before he arrived in Australia – added another stamp to his passport yesterday as he arrived in Hong Kong to join the Benno Yung stable.

Formerly owned by Lloyd Williams – who raced the four-year-old in both Ireland and Australia in partnership with son Nick and fellow Melbourne Cup-winning owners Gerry Ryan and Phil Mehrten – Grid was purchased for 180,000 guineas from the Tattersalls October Book 1 Yearling Sale in 2019.

Sent to Joseph O’Brien, he was a Cork maiden winner from five starts before he was given his chance in the Britannia Handicap (1m) – a noted Hong Kong pinstickers’ guide – last year. Struggling on the good to firm ground in a race that was run at a breakneck speed, he finished second last of the 29 runners.

As has become an annual tradition, some horses from that race were bound straight for Sha Tin: runner-up and O’Brien trainee Liffey River (Lope De Vega) was renamed Rise Brethren and joined Danny Shum, as did fifth Beautiful Bertie (Charm Spirit) who became Copartner Elites, while sixth Mithras (Dubawi) is now Turin Redsun, 16th George Peabody (Holy Roman Emperor) is California Redwood. Fourth Dubai Honour (Pride Of Dubai) also took in Hong Kong on his travels, although it was in the care of his British trainer William Haggas when fourth in the Hong Kong Cup (Gr 1, 2000m) in December.

Seen twice in Benchmark 64 company at Sandown earlier this year, he finished third both times – first-up over 1400 metres behind the Tony Noonan-prepared It’s Tornado Storm (Toronado) and then second-up as favourite behind Texcel (Exceed And Excel) for Ciaron Maher and David Eustace.

While Pondus was the top-priced lot of the 11 horses at $390,000, selling to Melbourne Cup-winning jockey and now trainer Michelle Payne, Grid eclipsed his other former stablemates by reaching the second-highest mark at $220,000. He was purchased by A Value Consulting, who has imported almost 40 horses to Hong Kong in the past five seasons.

“My bloodstock company always looks for value and for bargain choices for our clients,” Dr Alan Lee, director of A Value Consulting, told Asia Bloodstock News yesterday. “A couple of our horses like Compassion Spirit and Compassion Super, they were purchased for about HKD$1 million which is what Grid cost us. Most trainers aren’t interested in this end of the market and are searching for more expensive horses so I spend my time trying to find the best purchases from Australia and New Zealand that aren’t as expensive as some others.

“A platform like Inglis Digital makes that search a little bit easier but it is still not often that you will find a horse with less than ten starts who has upside who you can get for such value.”

Seeing a horse formerly raced by billionaire Melbourne businessman Williams now trained in Hong Kong is unusual but certainly not unheard of, with one of the best horses to emerge from the city beginning his racing career at Macedon Lodge.

That was Vengeance Of Rain (Zabeel), a Listed-winning two-year-old for Williams and trainer Brad Marzato when named Subscribe. It was with recently departed Hong Kong trainer David Ferraris that he developed into a global superstar, taking the Dubai Sheema Classic (Gr 1, 2400m), the Hong Kong Cup, the Queen Elizabeth II Cup (Gr 1, 2000m) and the Hong Kong Derby (Listed, 2000m) in a career that yielded more than HK$75 million.

The Williams navy and white colours – the most successful in the history of the Melbourne Cup (Gr 1,  were seen in Hong Kong too with The United States (Galileo) fifth to eventual Oaklands Stud stallion Neorealism (Neo Universe) in the 2017 Queen Elizabeth II Cup at Sha Tin. The United States now stands at Moutonshoek Stud in South Africa.

A stallion career is unlikely to await Grid, who remains an entire but is likely to be gelded in Hong Kong.

However, the four-year-old may have the chance to emulate Vengeance Of Rain in heading to Dubai one day should he prove good enough – although it would be for a different program altogether if Lee’s assessment is accurate.

“Grid is by Siyouni and he has had some nice horses on dirt like Righteous Doctrine,” Lee said. “I think he will make a nice horse on the dirt here. He is eligible for the new Class 3 bonus too and that, in addition to prize-money, will see him pay for himself should he win quickly.”

Introduced in April in a bid to encourage higher quality imports, the HK$1 million Class 3 bonus will be awarded to an owner upon their horse’s first win in that grade. They will also receive an additional HK$1 million bonus if they can win again in Class 2 in the same season.