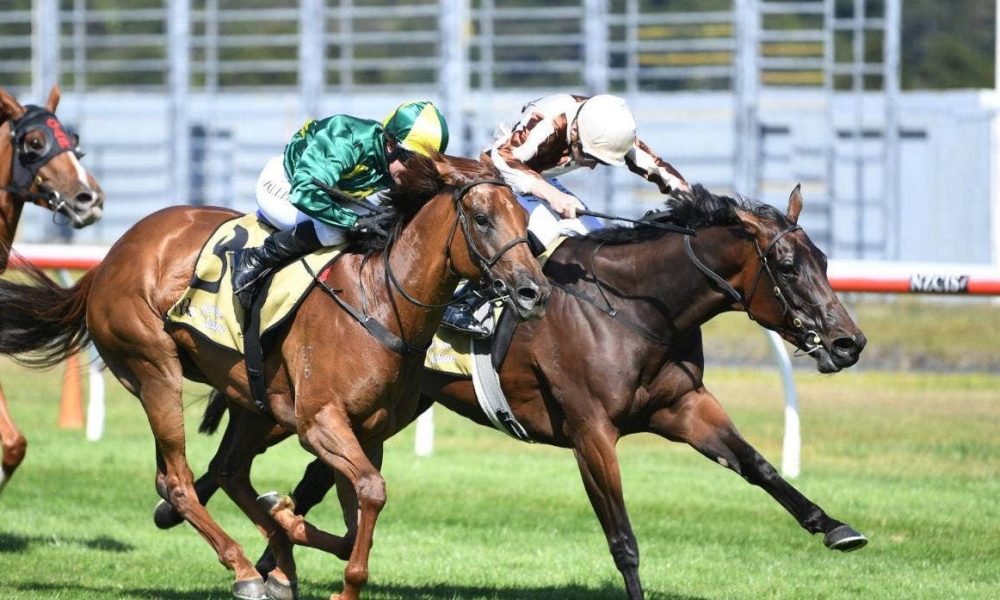 The admirable Levante (Proisir) has carved out a reputation as one of the most consistent mare’s in New Zealand and yesterday she finally got her day in the sun when she added a first top-flight triumph to her CV in the Telegraph Stakes (Gr 1, 1200m) at Trentham.

The Ken and Bev Kelso-trained five-year-old went into the Group 1 having landed eight of her 13 starts, including a victory in the Westbury Classic (Gr 2, 1400m) and a brace of wins in the Counties Bowl (Listed, 1100m).

However, despite being placed at elite level on two occasions, including finishing runner-up in the Railway Stakes (Gr 1, 1200m) on her previous start on New Year’s Day, a victory at the top-level had eluded the daughter of Proisir (Choisir).

In the early part of her career Levante had been known to fluff her lines at the gates, but that seemed a distant memory yesterday with the mare pinging out of the barriers to take up a prominent position early under Ryan Elliot.

After being sent for home at the top of the straight, Levante looked to have the race at her mercy, but Roch ‘N’ Horse (Per Incanto) burst from the pack and the pair were locked in an thrilling battle up the straight, with Levante eventually clinching victory by a nose. Mascarpone (Shooting To Win) was another two and a quarter lengths further back in third.

“That wasn’t too good for the heart,” said Ken Kelso. “But this is a huge result. She’s a wonderful mare with such a great temperament and will to win. She’s an absolute dream to train.

“I was a little bit surprised at how close she was in the running, but to her credit she stuck at it down the straight. I’m very pleased for the owners.

“Making this even more remarkable is the fact that this mare has had two colic surgeries. It’s taken a lot of hard work and a real team effort by a lot of our staff to get to this point.”

Elliot has formed a remarkable partnership with Levante, recording six wins and two placings from eight rides on the star mare.

“She’s been jumping away a bit better in this preparation, and today she really sprung out of the gates and put herself up there,” Elliot said.

“We probably got to the front a little bit too soon in the straight, but once the other horse came up beside her, she lifted.”

Levante is raced by a syndicate that includes Ancroft Stud’s Philip Brown and his wife Catherine, along with former Waikato Racing Club chief executive Tony Enting and his wife Mary.

“What a thrill,” Philip Brown said. “I think Levante thoroughly deserved to get that Group 1 monkey off her back today, and it was a marvellous performance. I think there were no losers in this race – it was a titanic finish between those two horses, and it just happened to be our day today.”

In winning the race, Levante became the first Group 1 winner for Rich Hill Stud-based sire Proisir, who has sired seven stakes winners overall. He has nine lots catalogued at Book 1 of the New Zealand Bloodstock Karaka Yearling Sale, which gets underway on March 7.

Levante (5 m Proisir – Island Doy by Doyoun) is the sixth and final foal out of out of Island Doy (Doyoun) and they include stakes-placed half-siblings, Doyenne (Kilimanjaro) and Miss Isle (Bachelor Duke).