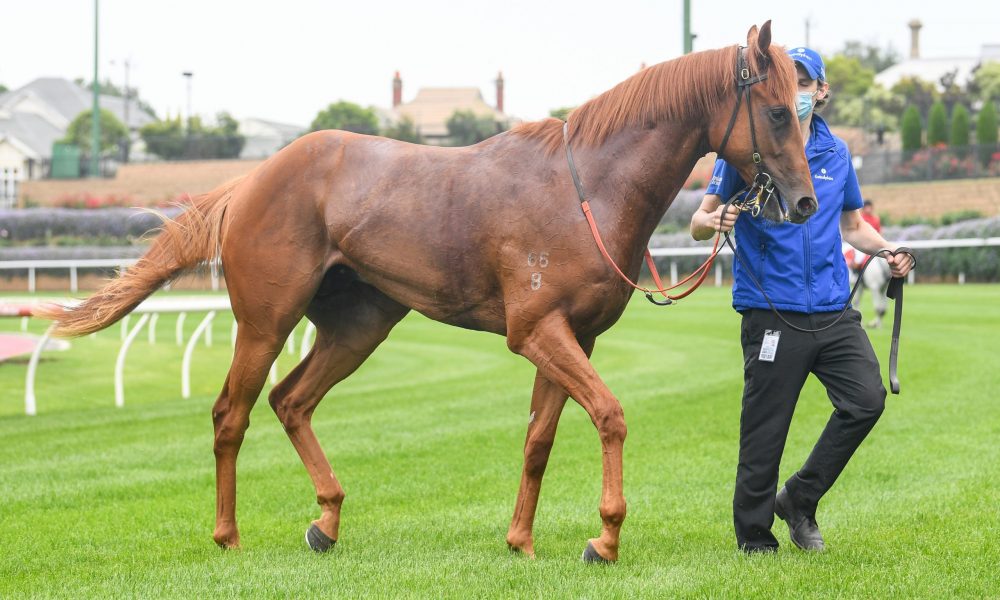 A two-year-old race that has been won by Tagaloa (Lord Kanaloa) and Brooklyn Hustle (Starspangledbanner), defeating Yes Yes Yes (Rubick), the past two years looks to have unveiled another nice prospect in the form of Godolphin’s Paulele (Dawn Approach).

Looking every bit as raw – at least as a physical type – as Godolphin’s Melbourne representative Sean Keogh had suggested, the James Cummings-trained Paulele nevertheless showed that he has a very promising future after he closed off powerfully to score by a widening two lengths at Moonee Valley on Saturday.

“They scooted along quickly,” rider John Allen told Racing.com. “We were drawn wide, sat a little wide in the run but we were able to flow into it when we liked and it was evident that he had the leaders covered turning in. He wandered a bit when he hit the front.

“He won like a nice colt and I’m sure he’ll have bigger targets down the line.”

Keogh added: “He came down as our second bunch of two-year-olds from Crown Lodge. He was probably the quiet achiever of the stable and the last couple of weeks he’s really put it together.

“We needed James’ call to run the horse because he’s probably not furnished enough and where we need him at the moment – there’s a lot more to come from this horse.”

Paulele is likely to chase some of the big juvenile races in the autumn, but it appears that next spring as a three-year-old will prove his time to shine.

Dawn Approach (New Approach) served five seasons in Australia, producing five stakes winners on both sides of the Tasman led by top performer Dawn Passage and New Zealand 2000 Guineas (Gr 1, 1600m) runner-up Dawn Patrol. However, he has not made the trip the last two years, instead remaining at Darley’s Kildangan Stud in 2019 and 2020.

Paulele is the ninth named foal, the eighth to race, out of former Ingham-owned filly Chatoyant (Flying Spur), a three-time Randwick winner. She was purchased by the Inghams for $450,000 at the 2004 Inglis Australian Easter Yearling Sale and has proven an important asset for Godolphin, who purchased Crown Lodge’s portfolio in 2008.

Among Chatoyant’s foals has been a pair of Group 3 winners, Montsegur (New Approach) and Tessera (Medaglia d’Oro), while five-time victor Chiaroscuro (Lonhro) is also among her success stories.

She slipped to Hallowed Crown (Street Sense) last year, while she produced a filly foal by Exosphere (Lonhro) last month.