Man In The Mirror (AUS) 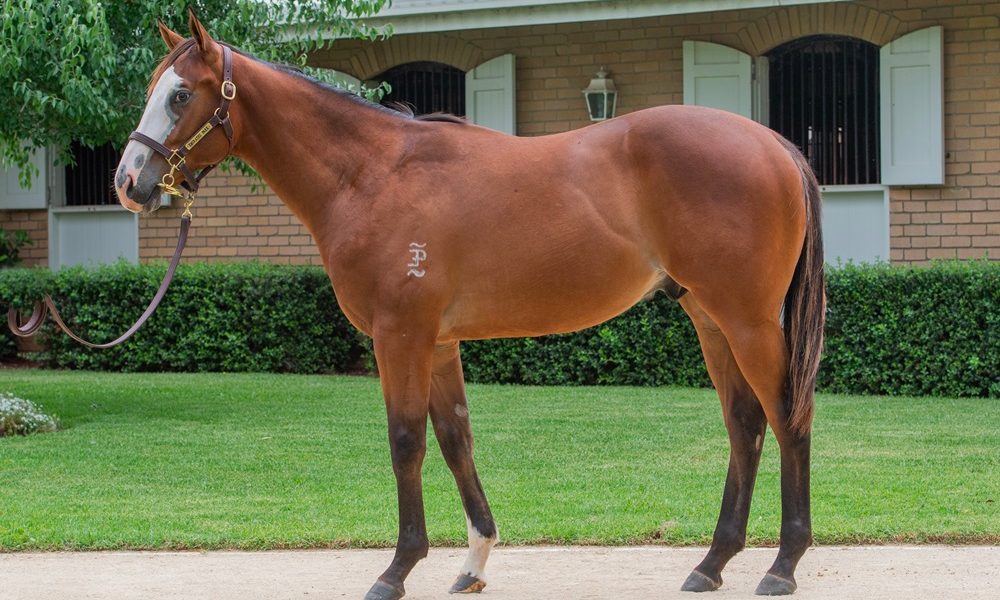 Man In The Mirror (AUS)

2 c Not A Single Doubt – One More Honey by Onemorenomore

Man In The Mirror (Not A Single Doubt) made the best possible start to his career as he built on recent barrier trials to score a very promising win in The Agency Real Estate Maiden Handicap (1000m) at Warwick Farm on his racecourse debut on Wednesday.

Trained by Annabel Neasham, the two-year-old colt had finished second and first respectively in trials at Canterbury and Rosehill before this outing.

Breaking well, he was settled in fourth place on the rails by Tommy Berry before being angled for a clear run entering the final 200 metres, showing good acceleration to hit the front inside the final 50 metres.

The son of Not A Single Doubt (Redoute’s Choice) beat fellow debutant Paris Dior (Pierro) by a neck with Mr Putin (Russian Revolution) a further length back in third.

“I’d be lying if I said it wasn’t (relieved), particularly when you know he’s a nice colt and you just want him to deliver for connections,” Neasham said.

“He was still green. It’s funny they can look so professional at the trials, and you bring them to the races and it does show they are having their first start sometimes. He was having a bit of a look around, but he got there in the end.

“He’s going to get better over a little bit more ground. The 1000 metres today was certainly as short as we wanted to go. He’s an absolute beauty of a colt and hopefully he can go onto bigger and better things in the Autumn.”

A $1.8 million purchase for Tony Fung Investments and Phoenix Thoroughbreds out of the Emirates Park consignment at the Magic Millions Gold Coast Yearling Sale, Man In The Mirror was the equal-second-highest lot at the sale this year.

The colt was shortened into $17 for the Magic Million 2YO Classic (RL, 1200m) on the back of his win this week but whether Neasham and his owners decide to head north in the New Year is still undecided.

“In his jump-outs he just had that natural ability, there was nothing that really stood out, he just oozed that little bit of class. He’s got a lot of improvement, probably more improvement than some of the two-year-old winners I’ve ridden this year,” jockey Tommy Berry said.

“He’s obviously a Magic Millions horse, so they’ve got that option, but I think he could be a little bit better than that hopefully.”

The first foal out of the Group 2-winning One More Honey (Onemorenomore), Man In The Mirror is the mare’s only foal to race, while she has a yearling colt by Zoustar (Northern Meteor) and a filly foal by Snitzel (Redoute’s Choice) foaled in October this year.