McDonald showing wisdom beyond his years in overseeing Harvey’s empire 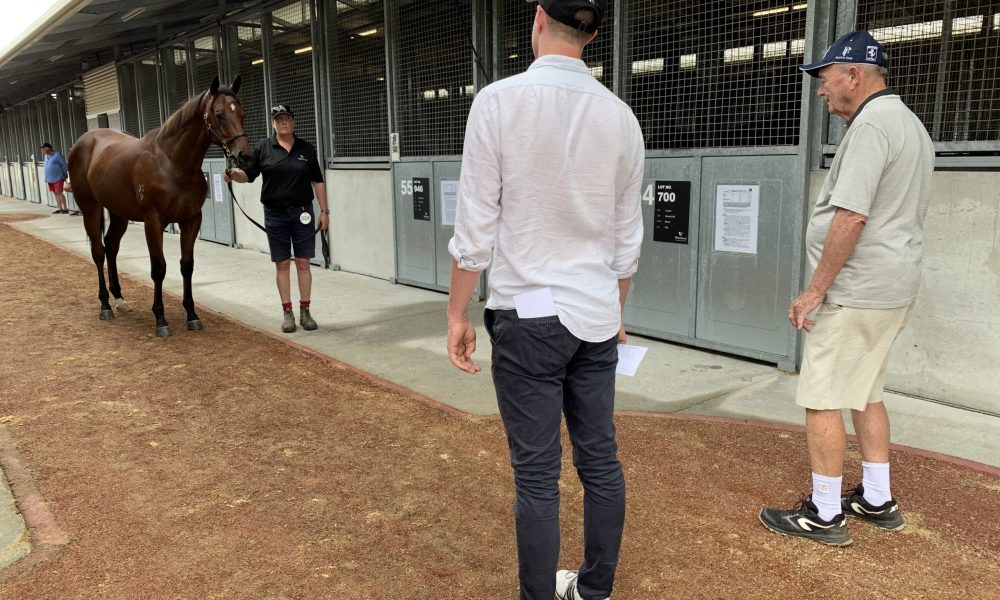 Luke McDonald is a young man with a big job.

“The bloodstock I manage fluctuates throughout the year but in Australia, we currently have 228 racehorses on the books, 159 of them being owned outright by Gerry,” said McDonald.

“I try to keep Gerry’s bloodstock down, but it proves difficult when we keep bringing horses over from NZ. The Baramul Stud broodmare band fluctuates around 250 at any given time and we foal down around 180 a year with the majority being sold through each Magic Millions sale.

“Gerry has similar numbers in New Zealand where he owns Westbury Stud. Russell Warwick and I work closely together to identify the more talented racehorses to come across the ditch. So, when you combine them together, Gerry and Katie Harvey’s bloodstock empire would have to be the largest in Australasia.”

New Zealand-born McDonald, who is the younger brother of Melbourne Cup-winning jockey James, is a high-energy person, and you would have to be to survive and thrive doing what he does.

“I have been a part of the Gerry Harvey team for three years. He took me on as a 25-year-old, and with his guidance, I think I have grown and moulded further into the role each year,” he continued.

“Both Gerry and Katie are unique and hardworking people, and if you have high energy and the ability to think outside the square you will thrive with them. It has been well documented that Gerry is a knock-about bloke and Katie is such an intelligent and formidable woman.

“Learning off two of the most influential people in Australia has been a money can’t buy experience and time in my life I’ll cherish forever.”

In the three years since being in the role, McDonald has made a real fist of things, as was evidenced on Saturday with the famed Harvey colors, the blue with white crossed sashes carried to victory in three races.

Dovetail Diva (Headwater) and Me Me Lagarde (Star Turn) were both impressive winners at Eagle Farm while Queen Bellisimo (Swiss Ace) was successful at Randwick.

“It’s those days that we live for, our team is unstoppable at the moment. If you see the blue and white colors just back them because they are unstoppable.”

The most notable performance of the trio came from three-year-old Me Me Lagarde, a homebred of Harvey’s, who won the Gold Edition Plate (Listed, 1200m).

“It was an incredible win. She was the only horse on that day to loop them and put them away within a couple of strides.

“We put the blinkers on yesterday and it sharpened her up greatly. She still did the little things wrong – she overraced early and with the blinkers on, that was probably the contributing factor there – but they just switched her on and she was devastating.

“She’ll now go to the Magic Millions three-year-old race, and I think she’ll be one of the favorites there and will be very, very competitive.

“Gerry wanted to target her towards that race from day one, so that’s why Toby and Trent (Edmonds) got her. They’ve done a fantastic job with her to get her to this stage, but she’s just got a well above average ability and hopefully, we’ve got a serious racehorse competing at Group 1 level in the future. ”

Four-year-old Snitzel (Redoute’s Choice) entire Nasturtium,  was another potential top liner that emerged for Harvey last week. The attractive-looking bay won his maiden at Hawkesbury over 1100 metres in a sizzling time (1:02:96).

“He’s a really really nice horse,” McDonald continued. “If you laid eyes on him you would stand back and say wow! We have taken our time with him. He had a few setbacks but time has been a good friend to this horse and we are going to reap the rewards now and hopefully get him to stakes class and maybe go on and stand him at Westbury Stud. We are looking forward to him going on to a bigger stage.”

Getting high-class winners on the race track is a central focus of McDonald’s position with the Harvey empire; there are plenty of other aspects he enjoys too.

“It is a very rewarding job in many ways and I particularly enjoy the thrill of the trade and helping every individual find the bloodstock to match their needs. Unfortunately, they don’t all become champions but every horse has a price and level where someone will enjoy the thrill of racing.

“A real highlight for me is when the team produces an above-average horse early in their career. When this happens, no matter what level Gerry would be elated,” he said.

McDonald’s formula is working at the moment and he says giving the trainers who are responsible for the hundreds of horses Harvey has in work across the country a degree of autonomy has been instrumental in the success.

“There’s a lot of horses so I find it much easier to take a step back and let the trainers do their job. I’m always there to help but if they are struggling or looking for jockeys I’m there to be a backstop but these guys do a great job and you don’t want to get in the way too much.”

McDonald’s wise, yet humble and approachable, style will take him far.