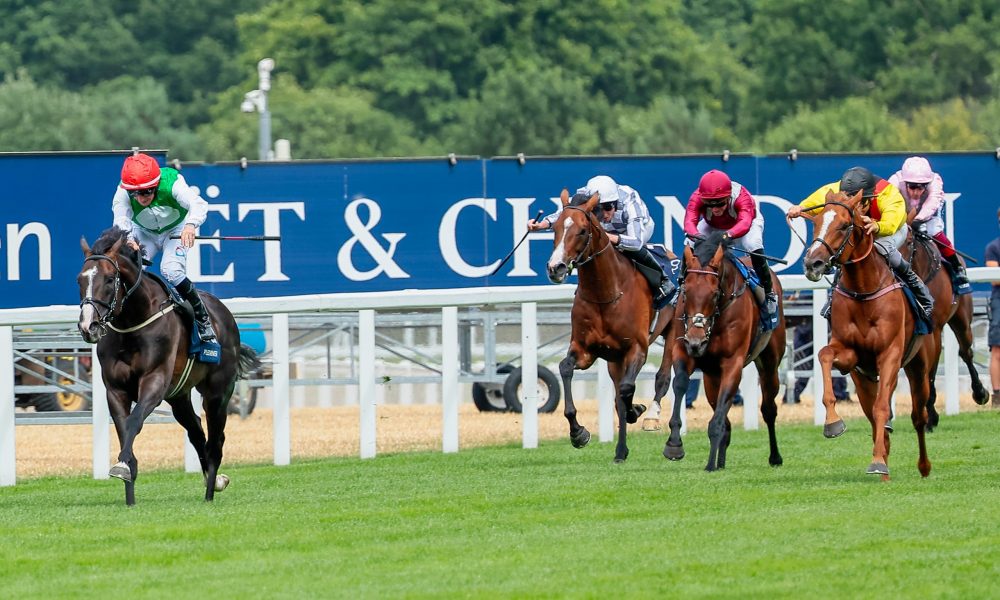 Alas the mettle of this season’s Classic three-year-olds will not be seriously further tested, in the untimely absence of Coroebus, with tonight’s running of the Sussex Stakes at Goodwood although two three-year-olds Modern News and Angel Bleu do oppose the all-conquering Baaeed.

Tomorrow’s Nassau Stakes, for the fillies and mares, will provide some further insight into the middle distance and staying fillies, while the Gordon Stakes offers a further examination of the Derby form.

The appearance of the unbeaten Baaeed, who’s eight from eight, nonetheless remains intriguing in what could be a very willing contest and sufficiently compelling to keep me up until 35 minutes past midnight.

But first things first. What do we make of the King George and the likely implications of the result?

I’d say it’s now looking likely that an older horse will win the Prix de l’Arc de Triomphe, continuing a mini-trend with three four-year-olds and one five-year-old winning the past four Holy Grails in Paris; just when it seemed the race was becoming a total preserve for three-year-olds with that age group having won 18 of the previous 24 with no hiatus of any more than two years.

I’d say, alas, it might not bode well for Moonee Valley’s hopes of attracting one of the better older horses for the Cox Plate – including defending champion State Of Rest – if the perception remains that the three-year-olds won’t be a force in races including the Arc, Juddmonte International and Irish and British Champion Stakes’.

I’d say it might also have Gai Waterhouse, Sir Owen Glenn and partners, just a tad nervous about having parted with around $2 million for the Epsom Derby runner-up Hoo Yai Mal who is expected to line-up in Thursday’s Gordon Stakes, under the interim care of one-time Waterhouse employee George Boughey.

Westover, who undoubtedly should have beaten Hoo Yai Mal and arguably beaten winner Desert Crown at Epsom and then claimed the Irish equivalent, was beaten 18 lengths behind Pyledriver at Ascot last Saturday.

The Oaks runner-up Emily Upjohn was beaten by 25 lengths last Saturday in the race that John Gosden had previously (and recently) won twice with Oaks winning fillies Enable and Taghrooda. The Oaks winner Tuesday had then not been able to keep up with Westover at the Curragh.

One frost, of course, does not a winter make and neither Westover nor Emily Upjohn had previously encountered firm ground. Westover was also well and truly tested on the speed by Broome, which set the race up for the genuine stayers which excluded Mishriff (his missing the start was incidental rather than critical) but definitely included the one-two Pyledriver and Torquator Tasso.

Pyledriver’s three previous 2400m runs had been very good, albeit without winning, behind Japan’s Glory Vase in Hong Kong and again behind the Japanese Shahryar in Dubai and behind Hukum – who required leg surgery after beating him in the Coronation Cup – and thus his season, if not racing career, has come to an end.

Torquator Tasso, after failing first-up, has now confirmed in two subsequent runs that he is in some form akin to his Arc-winning performance last year, while the form of both horses also provides little ticks for the overall rating of the quiet achiever Alpinista who resumed with a sixth straight win at Saint Cloud on July 3.

It is these horses, along with Japan’s course record breaking Takarazuka Kinen winner Titleholder, plus Shahryar, La Petite Coco and Grand Glory who would rate above any three-year-old, in my estimation, at this stage of any Arc rankings.

Mind you, we only have to go back to 2010 to be reminded of Derby winner Workforce being beaten 16.75 lengths in the King George and then winning the Arc at his next start. The then-well-regarded Anthony Van Dyck was beaten by 39 lengths in 2019, but then twice placed at Group 1 level against all-comers before season’s end.

Thus, Westover’s failure may be an aberration, but with a cloud over the Derby winner Desert Crown who missed the King George with a “foot”, and now the absence of Coroebus due to  an abscess in his left hind pastern, there looks to be more than a patch of grey over the three-year-olds collectively.

Perhaps any such fears may be allayed to some extent, as early as Thursday, with Hoo Yai Mal entered for the Gordon Stakes along with several others with Derby or Derby-linked form.

The field includes the Bahrain Trophy quinella Deauville Legend (owned by Boniface Ho, of Classique Legend notoriety) and Al Qareem, whose trainer Karl Burke has expressed an interest in coming to Melbourne. With other runners prepared by trainers such as Charlie Fellowes, Andrew Balding, Charlie Appleby and Joseph O’Brien, who are well acquainted with travelling to Melbourne, this is the race for Australian scouts and fans to be watching.

The 2018 Gordon Stakes winner Cross Counter, of course, won the Melbourne Cup that year, while 2015 winner Highland Reel was then placed in the Cox Plate. Last year’s Melbourne Cup third and fourth Spanish Mission and Floating Artist filled the same spots in the 2019 Gordon Stakes.

While many three-year-olds win the Sussex Stakes (nine of the past 15), I cannot envisage either Modern News or Angel Bleu thwarting Baaeed’s bid for a ninth straight win.

There is no contemporary precedent for a three-year-old turning over an older horse with Baaeed’s profile in the Sussex. The winning three-year-old invariably starts favourite with no stand-out older horse engaged. That’s not the case this year.

This might be a fiercely-run race if Japan’s Bathrat Leon hurtles from the front as he did winning on the dirt at Meydan in March and that could throw the proverbial cat among the pigeons, but I doubt that would that unduly unsettle Baaeed given his ability to settle and his versatility in stalking the speed or being ridden cold.

While Modern Games would be a surprise winner, he might be the over-priced horse to include in quinellas and trifectas. His recent on-speed runs in fast-run races have been sound and he will relish a return to genuinely good ground.