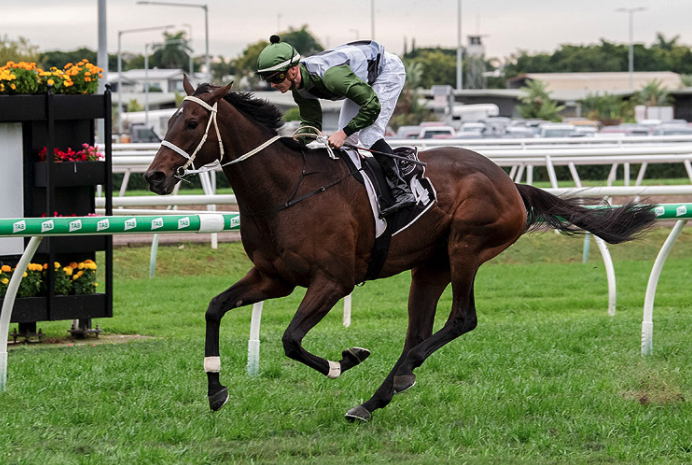 Moneyball is the entertaining 2011 movie based on the Oakland Athletics baseball team’s success in building a team of undervalued players based on data analysis.

Baseball, like cricket, is very much data analysis and statistics driven. Much more so than horse-racing despite the vast array of factors assessed, consciously or subconsciously, every time we look at a race.

We muse about the record of maiden winners next time out or the strike rate of horses rising or falling sharply in trip. But nobody seems to have the definitive data unless, of course, they are keeping it to themselves.

We have also generally failed to keep accurate records of data as simple and as interesting as trainer and jockey’s Group 1 records (although Malcolm McLaren’s Form Focus is now doing its best to rectify this void in our history).

So is there any “Moneyball-like” racing data out there and if we want to speculate on any spring features what profiling can we refer to – particularly in a Covid ravaged year which might have a major impact on the Cups and Cox Plate?

McLaren’s Form Focus service also offers extensive feature race histories and is an excellent starting point. “We endeavour to give you the tools and data to dice and slice the history of the race, providing clues on what works, what possibly does not,” McLaren said.

Daniel O’Sullivan, one of Australia’s leading form data analysts from The Rating Bureau, says he doubts anyone is sitting out there holding any secret game-changing horse racing data tool but notes that any approach must be validated by the data.

“Clearly professionals will have any number of little pockets of insight but I doubt there’s any one or two things that would be considered revolutionary. Some of the data which might have been ground-breaking some time ago is now more mainstream knowledge. I suppose one of the more obvious is the numbers on horses racing on-pace and the inherent difficulty to profit from backing horses who settle well back in their races,” he said.

O’Sullivan rightly points out that punting profit can be driven from defying the common logic and taking a counterintuitive approach which some might see as diminishing the value of basic statistics.

“For example you’re likely to generate better returns by backing the horse who hasn’t won at the distance or at the track or on the going,” O’Sullivan said.

Notwithstanding that, O’Sullivan acknowledges that any pointing theory or foundation to your approach has to be data tested and that profiles and precedents of feature race winners are, in his case, not necessarily relied upon but certainly referred to. “Obviously weight carrying data in major handicaps like a Melbourne Cup is meaningful,” he said.

My view is that feature race profiles are always entertaining and occasionally instructive. However, the key may well be to not delve too far into the past. After all, a raft of Melbourne Cup theories – long espoused in public bars and newspaper columns – went out the window when Dermot Weld turned in up in 1993 to win the Cup with Vintage Crop (Roussillon) who hadn’t raced since September, nor in Australia and had campaigned over the jumps.

What will this year’s Melbourne Cup look like and what might be a prudent approach if you fancy a futures flutter now, in July?  It may look very different given the on-going Covid-19 situation and the generally reactionary decisions made by governments Australia wide.

Obviously the shipping of horses from abroad will be problematic as indeed it is proving to be domestically; not least of all with Melbourne Cup favourite Incentivise (Shamus Award).

I’d be happy to see a home grown Cup – well, at least an Australasian one.

The data tells us that, of the 33 top three finishers in the Melbourne Cup since 2010, only six have been Australian or New Zealand bred and trained in Australia.

So be it, you might say. They’ve been better but none of them have met the expectation which is regularly trumpeted by Racing Victoria that Victoria “continues to attract the world’s best horses”.

I cannot see that any have done enough to justify the expenditure, prize-money drain and dollars spent outside the local racing economy. Further it’s been counter to Racing Victoria’s stated aim to “encourage sustainable participation”.

There’s been some admirable, but not great, visitors. Americain (Dynaformer) and Dunaden (Nicobar) – good horses but not greats of their genre – perhaps the best of the recent NH-bred and trained winners. Other participants, albeit unsuccessful, we’ve even grown quite fond of, most notably the three times placed Red Cadeaux (Cadeaux Genereux) and Prince Of Arran (Shirocco).

More, though, it’s been those who’ve outwitted the handicapper. Worse still, the invasion forces have been characterised by fatalities including the gallant Red Cadeaux. This has prompted extraordinary veterinary measures to be introduced. Both matters may have been managed by simply introducing qualifying standards and a mandatory race here before the Cup.

It’s a matter of some curiosity, at least to me, how the Cup results would have looked since 2010 had there been no northern hemisphere imports – either trained there or here.

Bart Cummings would have had 13 Cups; the Hawkes training family two and Chris Waller three courtesy of Youngstar and Who Shot Thebarman.

Sydney Cup form is the most frequently occurring thread through the form of the locals who have run well in recent Cups and that may well be to the fore this year with a possibly diminished international presence. Five of those who would have been Cup winners in a locals-only hypothetical had contested the Sydney Cup in the autumn.

That may bode well for this year’s Gr 1 Sydney Cup winner Selino (Champs Elysees) who is a genuine chance of providing Waller with that first Cup winner (albeit with an import). Selino, to my eye, was a decisive winner at Randwick after a less than charmed run. He would also be a first winner in OTI Racing’s distinctive colours.

Selino beat New Zealand bred mares Rondinella (Ocean Park) and Miami Bound (Reliable Man) in the Sydney Cup with Australian breds (by NZ sires) She’s Ideel (Dundeel) and Realm Of Flowers (So You Think) in fourth and fifth and then The Chosen One in sixth.

Realm Of Flowers would then, on her preferred soft ground, win the Cup qualifying LR Andrew Ramsden at Flemington – decisively beating the in-form Grand Promenade (Champs Elysees) who’d win his next two starts and who profiles similarly with stablemate Persan (Pierro) who – in fifth place – was the first Australian bred and Australian trained horse in last year’s Cup.

Incentivise is the obvious local profile horse having won the Gr 3 Tatts Cup as did 2019 Cup winner Vow And Declare (Declaration Of War) while his sire Shamus Award (Snitzel) may also have another contender in Gr 1 QTC Oaks winner Duais who profiles similarly to Youngstar. Incentivise could be a first Caulfield or Melbourne Cup winner for his trainer in waiting Peter Moody.

A “local” 2021 Cup would also have the intrigue of, at least, four Derby performed rising four-year-olds in Johnny Get Angry (Tavistock), not seen since his Gr 1 Victoria Derby win, along with dual (triple if you include the Tasmanian version) Derby winner Explosive Jack (Jakkalberry) and the Waller pair – by shuttled stallions – Kukeracha (Night Of Thunder) and Señor Toba (Toronado) who relegated Explosive Jack to third in the Queensland classic.

As to long range forecasting the winner or, at least, finding an over the odds bet it might be more worthwhile speculating early this year and taking the odds to international arrivals succumbing to the “too hard” basket.

Incentivise, unsurprisingly, has been installed as early Melbourne Cup favourite but the $15 on offer with some outlets just may well be a value price if our borders are closed and similarly the odds against many of the horses mentioned above, especially Selino.