Moor and Bayliss confirm that opportunity is everything in racing 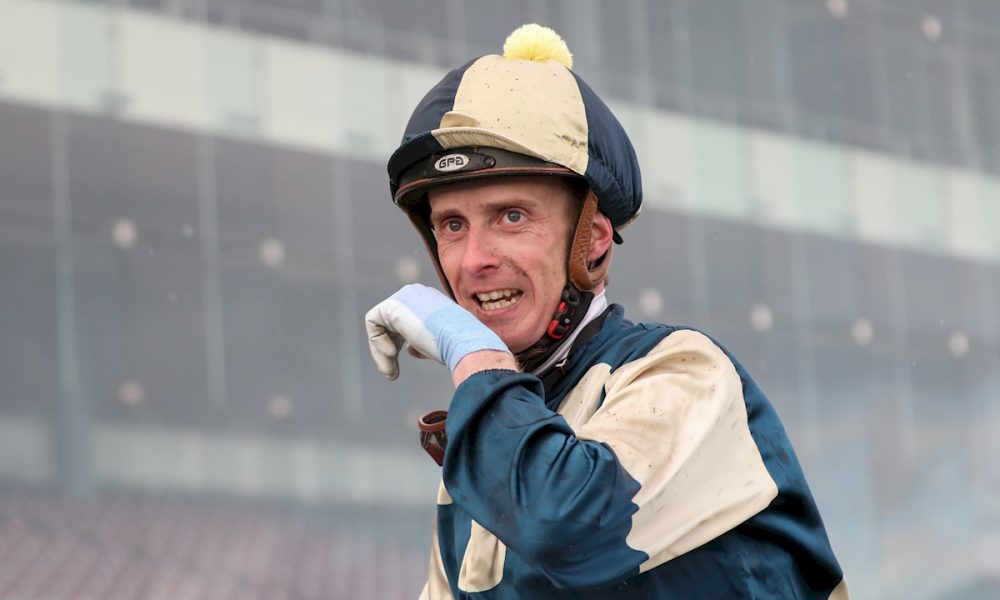 “You could throw the colours into the jockeys’ room and you wouldn’t care who picked them up.”

That’s not a line you haven’t read before. Plenty of trainers have trotted it out on occasions but I cannot recall hearing it from a current jockey until Michael Walker said so on television last Sunday.

Walker is, of course, sidelined through injury but it is telling nonetheless that this virtually current competitor and multiple Group 1 winner would rate so highly all of his contemporaries.

Telling but unsurprising to those of us who’ve long held the view that opportunity is everything in racing and reputation, or lack thereof, is factored into the market in any case. Thus, why would you baulk at backing any horse ridden by any so called lesser light?

This has never been better illustrated than through the period of our pandemic. Daniel Moor lands his first Group 1 win, aboard Sierra Sue (Darci Brahma), in the Rupert Clarke Stakes and his second comes just six days later – on Wild Ruler (Snitzel) in the Moir Stakes.

Fred Kersley was denied, by a nose, his first top level success in the Rupert Clarke on Dice Roll (Showcasing). Then, last Saturday, he landed the best win of his career aboard Kallos (Medaglia D’Oro) in the Group 2 Danehill Stakes.

This Saturday he gets his chance again aboard Dice Roll in the Group 1 Toorak Handicap and to add his name to the list of jockeys whose breakthrough Group 1 win came at Caulfield during the spring. Aside from Moor, the list includes Damien Oliver and Vlad Duric (also in the Rupert Clarke); Luke Currie and Michelle Payne (Toorak Handicap); Noel Callow (Caulfield Guineas and Steven Arnold (Thousand Guineas).

Border closures have, in part, allowed the opportunity for Brett Prebble to reinvigorate his career while Damien Thornton and Jordan Childs have seized their chances riding for major stables.

Eight individual jockeys rode winners at Moonee Valley last Friday night with Childs, Moor and Thornton the only “prominent” names among them.

In Sydney, Regan Bayliss claimed the Flight Stakes and Epsom Handicap in a Group 1 double which was more significant than Hugh Bowman – who’s not lacked opportunity for a long time – notching his 100th Group 1 success.

Alyssa Collett, who’d been Covid-condemned to the secondary circuit in New South Wales, returned to Sydney and went within millimetres of upstaging Bayliss in the Epsom Handicap. Apprentice Brock Ryan has been mixing it with the best in Sydney.

While jockeys, in my view, are beyond compare among sportspeople given the skill and courage required they are, perhaps, best likened to Formula 1 drivers.

Notwithstanding that some jockeys may be blessed with a hint of magic not bestowed on all, my abiding view is that if you are at the level where you are even considered good enough to compete at Group 1 level on horseback (or in motor racing), then you almost certainly lack very little – except perhaps chance  – compared to more celebrated rivals.

With just two geldings among the 16 runners in Saturday’s Caulfield Guineas and major farms already represented in the ownership of several of the colts, there is much on the line in Saturday’s three-year-old Group 1.

Godolphin’s Anamoe (Street Boss) and Artorius (Flying Artie), whose majority ownership is held by Newgate Farm, dominate the market on the race but the prospect of significant rain in Melbourne this week, a convoluted speed map and awkward barriers draws for the market leaders may leave the race more open than has been assessed.

Anamoe and Artorius ooze quality even if the latter still looks a little like the gangling teenager who might be capable of running even faster than he already has – which is pretty quick. Artorius bettered 11 seconds for each of the last 200 metres of the Group 1 Golden Rose which was fractionally quicker than Anamoe who just might have the better race smarts.

Neither Anamoe nor Artorius have yet shown any early speed in their races and thus barriers 15 and 2, respectively, present their complications. Damian Lane may have to ride for luck on Artorius whereas Damien Oliver will have to make his own, from the wide draw, on Anamoe. I suspect he will – looking for a midfield trail rather than conceding ground early – given that Anamoe did not settle as far back as Artorius (or anticipated) in the Golden Rose.

While the end-race acceleration of the two favourites is irresistible, it’s hard not to be taken with the sheer relentlessness of the Trent Busuttin and Natalie Young-trained Forgot You (Savabeel) who’s scored in Northerly-like fashion at his past two starts; responding when all seemed lost.

Last start, he scored narrowly from Mr Mozart (Snitzel) in the Group 2 Stutt Stakes at the Guineas distance. Barrier 16 may be disadvantageous but co-trainer Young said “cheekily” she was happy to be drawn on the outside of the favourite.

“We can get on the back of Anamoe and see how far he can takes us. Our horse is going well. We can’t fault him. He looked like he wasn’t going to win last time but balanced up and sprouted wings and being a Savabeel colt, we thought why not try the Guineas even if he may be looking for 2000 metres now,” she said.

The lead is probably there for the taking for the Hawkes family trained Mr Mozart. He worked hard on a fast pace in the Stutt and that performance followed his defeat of Artorius, albeit with a weight advantage, in the Listed Exford Plate. He looks the obvious wildcard runner in the race…but the quest to upset Anamoe may be forlorn regardless of rain or tempo.

What a week it was!

Frankie Dettori ventured to Bellewstown in Ireland for the first time – for one ride for Johnny Murtagh. Of course it won.

The Germans prevailed in the Prix de l’arc de Triomphe with Torquator Tasso at a Betfair Starting Price of around 140-1. His sire Alderflug (In The Wings) also fathered last year’s Arc runner-up In Swoop.

Channel 7 announced its plan to televise metropolitan racing from Sydney and Melbourne, plus the feature meetings from Brisbane and Adelaide when fitting, every week on free-to-air television. The fight to save jumps racing at Oakbank was launched.

But the week’s racing news bulletin could well have been led by Nervous Witness (Star Witness) winning again so impressively, at Sha Tin, in Hong Kong.