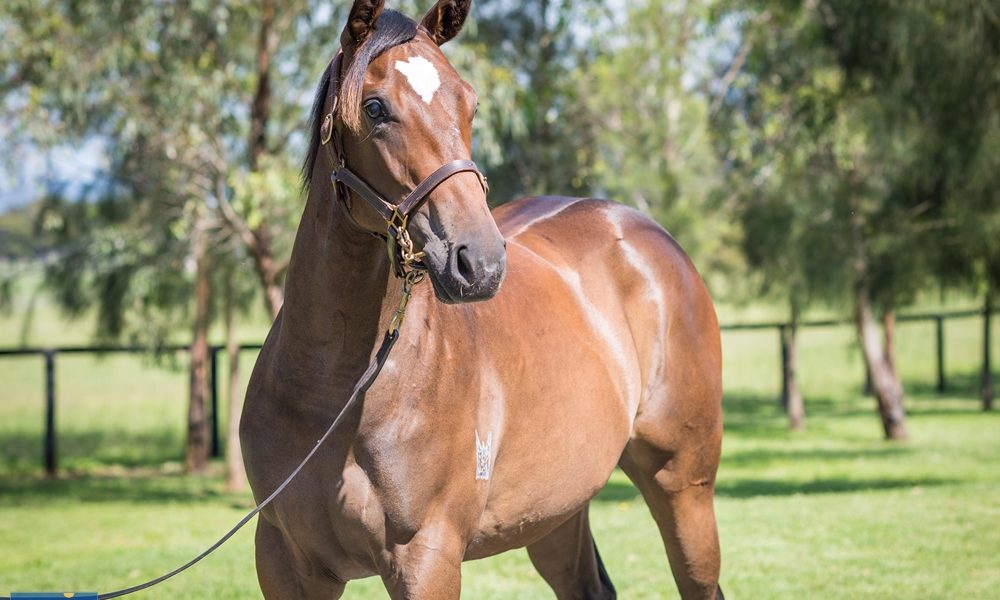 Nothin Leica Storm (Anabaa) – winner of a Cessnock maiden and a sometimes fertile broodmare – has become a million-to-one horse.

It cost Mackay breeder Paul Maguire just $1,000 to buy the daughter of Anabaa (Danzig), fresh from a not very good 12th of 12 at Port Macquarie, after she’d been passed in at the 2015 Inglis Australian Broodmare Sale.

Maguire sold her first foal, a Written Tycoon (Iglesia) colt, for $140,000. Happy with his return he offloaded the mare as a member of the small club who’d managed to get in foal to new sire Extreme Choice (Not A Single Doubt). That offspring fetched $60,000 as a weanling, then $200,000 as a yearling, and was later named Stay Inside.

All up, the mare’s offspring have now reaped precisely $1 million.

Add to that the $90,000 Maguire made from selling her to Matthew Sandblom’s progressive Kingstar farm, and there’s even more ROI to crow about, especially for a mare who’s had three foals against seven misses.

Neasham was delighted to come away with Lot 325, by Russian Revolution (Snitzel), especially for the price she paid. Four fillies had topped day one for $900,000-$950,000, and half an hour before hers another had fetched $1.55 million.

A half-sister to a Golden Slipper winner might have been expected to reach a similar strata. But the fact she’s by a sire who’s promising – sitting second among first-season sires after ten runners – but unproven, likely kept a lid on things. Of those top five fillies, heavy hitters I Am Invincible (Invincible Spirit) and Zoustar (Northern Meteor) sired two each and the other was by exciting first-season Justify (Scat Daddy) out of outstanding dual Group 1-winning mare Global Glamour (Star Witness).

“I thought she might make a bit more, especially since the market in these first two days for fillies has been extremely strong. We’ve lost out on a number of fillies that we really liked, so we’re pleased not to miss out this time.”

Still piecing together a syndicate to race the filly, Neasham is bullish on Russian Revolution.

“The stallion combined with a good pedigree page is what drew her to us,” she said.

“She looked really nice and sharp, and Russian Revolution is doing wonderful things early on in his career. He’s got a live chance in the Magic Millions two-year-old race on Saturday with Russian Conquest.

“Physically, the she’s a belter. She’s probably a filly version of Stay Inside, not overly big but she’s strong and a good mover. Hopefully Nothin Leica Storm will be the producer of two Slipper winners, which wouldn’t be bad for a thousand-dollar mare.

“And the filly is going to hold good residual value. She’ll always be the sister to a Slipper winner.”

The sale of the filly was another fillip for Kingstar, Sandblom’s boutique establishment which has come far in six years.

The farm topped the Magic Millions National Broodmare Sale in 2019 in selling Missrock (Fastnet Rock) for $2.3 million, and the Inglis HTBA May yearling sale last year, with a $145,000 colt by none other than Russian Revolution.

Now in only its second season of selling yearlings, Kingstar has pushed five lots at this Magic Millions sale for $1.7 million at an average of $336,000.

“Things are going really well for the farm,” said Kingstar’s bloodstock manager Conor Phelan. “And it’s great to see this filly today going to a good home in Annabel Neasham.”