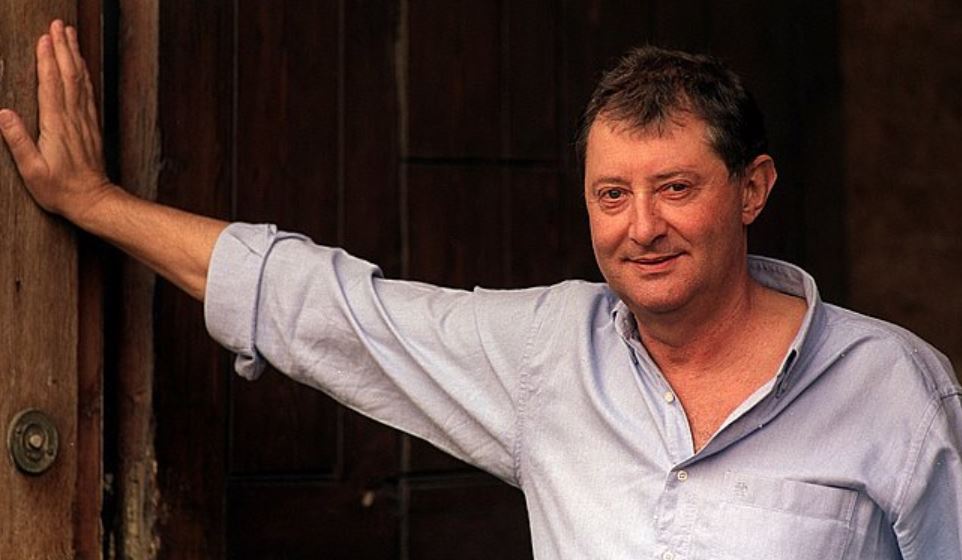 Lamenting the loss of two greats of the racing press room

Paul Haigh and Ray Huxley died within three weeks of each other this year. Same age, 76. Same lament, prematurely – notwithstanding well lived lives and immeasurable contributions to the written word on horseracing.

Their funerals were last Thursday, thousands of kilometres apart. From Aberystwyth in Wales to Malvern in Victoria, Australia.

It would be inaccurate to describe these two great racing journalists as close friends. However, they were acquainted and had they lived in the same country – let alone the same city – I have no doubt they’d have been the best of mates.

They first met in Hong Kong. Hucka proffered Hoto (Haigh of the Orient) such sage advice on specific punting and travel endeavours, Haigh was moved to ask – at our next meeting – “why had I not earlier introduced him to the great man?”.

Each wrote beautifully. Haigh perhaps a little more acerbic and whimsical, Huxley a little more Runyon-esque when the mood took him.

Often, at least to me, it seemed they were able to create wonderful prose despite work being considered a necessary evil and an unwelcome distraction from pursuing other pleasures including the punt.

They brought wit and charm and what might be called the pathos of the punt to the coverage of horseracing – an art which may not be extinct but is certainly on the endangered list.

They thrived through a time when nobody, even those with no interest in horseracing, needed an explanation of what you actually did when your job description was “racing writer”.

Their genius was centred on the ability to capture imaginatively and often romantically their observations and to cut to the heart of the matter. The mundane pursuit of quotes, which is absolutely mandatory for the rest of us mere race writing mortals, was often simply not required.

“Huxley was a beautiful writer but he wasn’t one for filling his stories with quotes,” observed Danny Power in his Inside Racing obituary.

Haigh, on day one of his stint with the Hong Kong Jockey Club, confided in me: “you know I’ve never really done this…in thirty odd years of writing about racing”.

That is, gone to the track early in the morning in pursuit of a line or two from a trainer or jockey. He simply hadn’t needed to.

May God and the Carlyon family forgive me but sometimes I preferred many of the best of Huxley’s musings to the wonderful horseracing observations of Les Carlyon. Carlyon knew and wrote about the courage of great horses, but Huxley perhaps better knew that some were more courageous than others and frequently and fearlessly bet accordingly. Haigh’s writing never disappointed.

Haigh and Huxley were quick-witted, quirky, irreverent and anti-establishment.

They stood apart from, not all, but most of their contemporaries, not so much because of their ability, but simply because of who they were and thus young journalists craved their acceptance or approval.

Haigh and Huxley were a “few” years older than me. The precise number matters less and less as you get older but the gap not so great as to eliminate any thoughts of your own mortality.

With that also comes a sense of dread about the mainstream coverage of horseracing. Daily newspaper coverage continues to diminish and, in many cases, where still reasonably abundant it lacks impartiality, flair and amusement.

I cannot speak for the UK, but in the early years of Huxley’s career in Melbourne there were more than 30 people employed covering racing in some fashion or another. The Herald-Sun no longer has racing writers, it’s all outsourced.

Yes, there’s a multitude of websites servicing the converted but any sport will quickly slip down the pecking order without prominence in daily newspapers and free-to-air television. It’s then a rapid path to elimination from the mainstream psyche and their relevance and then, worse still, to no community support or downright opposition to the sport.

Haigh and Huxley could have readily and eloquently, in print, put any racing naysayers back in their box. They wrote in a style which engaged even those with just a passing interest in horseracing.

Both had forthright opinions which they were happy to express publicly. That was certainly the case in 2009 when Haigh resigned from the Racing Post and, rightly or wrongly, lamented that the publication had become a “cheerleading tip sheet whose agenda is being dictated by bookmakers”.

Whether that was true then (or now), he was somewhat clairvoyant in predicting the influence corporate bookmakers would have on racing coverage in England and Australia.

Alan Byrne, chief executive and editor-in-chief of the Racing Post, was able to put those differences aside in the Racing Post’s obituary. He said: “Paul was an immense talent, a real prose stylist. We were lucky to have his beautifully crafted columns adorning the paper for so many years.

“He upset plenty of people along the way, but sometimes that is what columnists do. When he left us, you could say that he slammed the door behind him on the way out. But that should not detract from the amazing contribution he made to the Racing Post over a long period. We extend our sympathy to his family and friends following Paul’s sad passing.”

A good turn of phrase and generally resisting over-embellishment were keys to Haigh and Huxley copy.

Haigh, anything but an ordinary man, seemed to understand all men while Huxley certainly understood punters.

Huxley, wrote of the Cox Plate winner Our Poetic Prince whose Brisbane campaign in 1989 was probably one campaign too many: “Like a boxer who hangs around for the one fight that will ruin his reputation, the brilliant Our Poetic Prince isn’t dancing anymore. Yesterday he once again became a punching bag for those with faster feet when…”

He recalled Flemington trainer Tony Lopes asserting the perfect filly should have “the head of a princess, the neck of a duchess and the backside of a cook” and that Dandy Andy’s 125–1 win over Vo Rogue in the Australian Cup was such a surprise “that had Russ Hinze won gold on the parallel bars it could hardly have caused a bigger shock”.

Haigh’s books The World’s Greatest Racecourses and The Racehorse Trainer are excellent. Even the former. I wondered how he would make descriptions of racecourses brilliantly entertaining but, somehow, he did. It began with the wonderful tale of the advent of the horse box (float) and Lord George Bentinck’s sting with Ellis in the 1836 St Leger (a tale Huxley would have loved).

And while fireside chats were not his long suit, he always managed to summarise the contemporary world and even get to the heart of Ryan Moore’s public reticence in a 2014 TRC interview. He wrote:-

“We live in an age of overstatement and exaggeration. It’s one in which helpless laughter is considered the ideal default position; tears of joy or horror are more or less mandatory, and “OMG!!!” is the normal reaction to even the mildest bit of new information. Reserve, on the other hand, is often misinterpreted as arrogance. Shy people are mistaken for “stuck up.” People who play life mostly with a straight face are often dismissed as dull.

“Or even – ridiculous misapprehension in this case – dim-witted.

“Ryan Moore has never been an air puncher. In his youth, already recognised as something of a successor to the incomparable Lester Piggott, not just in terms of talent, but in his reluctance to deal with the media, he got a reputation for being “difficult.” What was that about? Was it shyness?

“The question amused him. “I think I’m still difficult,” he said, smiling. “No, it wasn’t that exactly. Early on I was a bit shy. And then I was told I wasn’t very good at talking to camera. So I thought ‘OK.’ I just like to think about things more than I like to talk about them I suppose. That’s all it is.”

Paul and Ray were great fellows. Ray introduced me to Mickey Newbury and the real version of American Trilogy made more famous by Elvis – and to Lagavulin and to one of its natural habitats, the Bar at the Peninsula in Hong Kong. Paul’s passion for many things, including test cricket, was infectious and re-invigorating. He was the best of company at so many international race meetings and in Melbourne when he was working on The World’s Greatest Racecourses.

He was later mortified that he had not acknowledged the “little” assistance I’d given him. Not that I was bothered by that.

Brough Scott, in the foreword to that book, asked if the author was “a wasted scholar or just a race fan with a travel pass” before describing him as “the most entertaining, exasperating and enlightening writer of his era”.

He also provided some background to Haigh’s fascinating heritage about which he’d always been a little vague. The name Haigh came from his step-father.

His natural father was a Russian named Yelin whose father was a court musician in St Petersburg and mother a half French, half Ethiopian model in Paris. Haigh’s racing fire was lit at Ascot – in Perth not Berkshire – when he attended university in Western Australia.

Huxley was born in Newcastle but soon after moved to Melbourne and lived in Brunswick and then Braybrook – running his mother’s bets to the SP (starting price) bookmakers who operated in various locations including laneways. His stepfather worked at The Truth newspaper which gained Huxley a foot in the door of the newspaper world which would become his life and, in which, he’d be followed by siblings Dennis and Glenn.

Hucka’s fortunes on the punt were a greater roller coaster than that at any amusement park. However, he never ever failed to settle – even if it was a while coming home on some occasions.

John Berry, following Haigh’s death, wrote that “the British racing press room has lost one of its legends”.

In Aberystwyth, his daughters Victoria and Catherine could not hide their grief as they spoke of the father they loved. I watched, and aside from anything else, was so sad at the thought that his great joy of grandfather-hood had been cut short.

In Malvern, former race caller Bryan Martin was the celebrant at Huxley’s funeral which was capped at 20 attendees, largely his racing journalist mates and wife Val and siblings Dennis and Sandra. Keith Hillier, Pat Bartley, Shane Templeton and Brian Meldrum affectionately relayed many a Huxley tale.

Neither was a saint but each generous of spirit and wonderful company. Much deserving of a few words, however inadequate by their standards, penned in their memory. And there should be no cap on the number of words written about these two men.