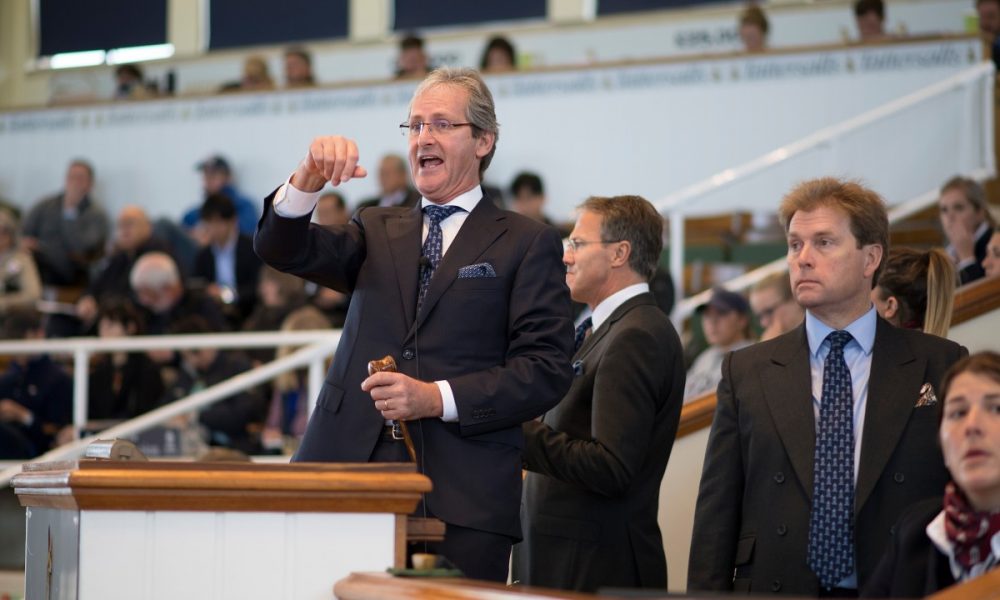 It is only by dint of fate that the Tattersalls August Sale has been added to this year’s sales calendar, but prominent figures on both sides of the docket have given the event their seal of approval, with some notable industry players suggesting the auction, which is due to take place at Park Paddocks on August 25-26, could have a positive effect on the market beyond its two-day run.

Far from just being another date in an already congested auction calendar, there is a firm belief that the August Sale will provide a tailor-made marketplace for increasingly important international buyers, while also helping to grease the wheels of the domestic yearling market, with owners able to sell their older horses before the opportunity to reinvest in new recruits arises.

The concept has been driven by consignors such as Jamie Railton and The Castlebridge Consignment, whose director Andrew Mead explained: “The idea of a new Tattersalls mixed sale in August stems entirely from the difficulties generated by the Covid-19 crisis, whereby vendors were facing a reduction in the considerable number of Middle Eastern buyers who would normally attend the July Sale.

“These are the buyers who normally buy the bulk of the colts and geldings on offer. The delayed resumption of racing was also a factor, since most trainers had been unable to run any horses prior to the original July Sale entry point, and with only a limited number then being able to run before the sale itself.

“Whilst Castlebridge enjoyed a successful July sale, selling all 19 horses consigned, the directors are enthusiastic supporters of the new August initiative.”

Picking up the story, Railton continued: “When Goffs UK moved their Premier Yearling Sale to the first week in September it left a week’s gap in the calendar so we approached Tattersalls and said, ‘How about having a horses-in-training sale in that week?’ Tattersalls very kindly agreed.

“We did a lot of research with buyers to gauge their thoughts on the concept and, across the board, everyone was hugely in favour of the whole idea. We’re very keen that a high level of horse goes into the sale because we’re certain that major buyers will be there.”

The positioning of the August Sale is expected to prove a particular draw to overseas buyers, who often have bigger budgets to spend on account of foreign prize-money levels dwarfing those on offer in Britain. The timing of the August Sale aligns the event with lucrative targets in jurisdictions such as Australia, Hong Kong and the Middle East.

Leading Australian-based bloodstock agent James Harron, who secured the 450,000gns top lot New King (Frankel) at last year’s July Sale, also gave the August initiative the thumbs up. He said: “I think that the Tattersalls August Sale will be a great addition to the calendar.

“Naturally by August plenty of the Flat racing season in Europe has played out and there may be more owners who are likely to consider selling some of their better performers. August is also an ideal time for Australian purchasers of horses-in-training, with plenty of time to make it into the quarantines for the Spring Carnivals in October and November.”

Gassim Ghazali has played a leading role at past editions of the July Sale, including when spending 1,316,000gns on 18 lots in 2019, and the Autumn Horses in Training Sale, and his agent, Will Douglass of Charlie Gordon-Watson Bloodstock, said the Qatari champion trainer would be back in action at the August Sale.

“I think the August Sale is a really good addition,” said Douglass. “Gassim Ghazali has booked his flights and is excited to be back at Tattersalls. The Qatar season starts in the middle of September so he can come out in the middle of August, buy the horses and they’re back in Qatar in time for the start of the season, rather than being in a race against time.”

He added: “We have such a brilliant product here in Britain and Ireland. The demand for our racehorses is staggering and I think the August Sale will get a lot of entries and people will support it so, as long as travel restrictions allow it, I expect a lot of people will be there.”

Both Railton and Douglass noted that an end-of-summer horses-in-training sale was also likely to produce a catalogue of horses with fast-ground form, thus providing significant overseas buyers with the types they most covet, which in turn raised the prospect of domestic owners maximising resale value. “When the overseas guys come, which is probably at least 50 per cent of that horses-in-training market, they’re looking for the better horses with solid summer turf form,” said Douglass.

Railton added: “Every buyer I’ve spoken to has mentioned to me that, invariably, the form from September to October comes on soft ground, and to overseas buyers that’s a big negative.

“When these horses have recent form on good ground, that’s an easier sell. The Americans, Australians, those from the Middle East, without exception, much prefer the August date for proper horses, and I expect it would be a similar story for the jumping fraternity too.”

Moreover, both agents and vendors have suggested holding a horses-in-training auction on the cusp of the yearling sales season makes better financial sense for domestic owners, with the opportunity there to move on their more exposed stock before potentially reinvesting.

“For many people this is a lot more logical and, as far as our industry goes, maybe this change is one good thing that’ll come out of this wretched disease.” Those sentiments were echoed by Douglass, who said: “It makes total sense to have the horses-in-training sale before the yearling sales because the average owner can sell what they’ve got and then know what money they have in the bank to go again.

“I think that system would mean less risk for trainers or agents buying at the yearling sales as they’ll have owners who are happy to go again, because they’ve already cashed in their horses-in-training so have a clearer idea of budget. In terms of the wider industry, I think it’s a massively positive move.”

Douglass added: “Generally the horses-in-training market is miraculously strong. The more money is put into the resale market, the more money goes into the yearling market, then the foal market and then the mare market.” With the catalogue for the August Sale not yet out (entries close this Monday) it would, of course, be premature to suggest quite how successful the venture will prove. Nonetheless, those involved have been encouraged no end by the reception the initiative has received.

“No one can be sure how well a completely new sale date such as this will work but already the signs are encouraging, with plenty of positive comments from vendors and potential buyers alike,” said Mead. “A number of people have commented that an August Sale is actually a better position in the sale calendar for selling horses-in-training and already there is talk about the sale becoming an annual fixture.”

Moreover, the health of the post-lockdown market has defied all expectations, with figures from the breeze-up sales and the Tattersalls July Sale – the latter boasting a clearance rate of 96 per cent – making for positive reading. Of the 228 July Sale withdrawals, many are reportedly being targeted at the August Sale.

“All the sales that have taken place since lockdown have exceeded expectations, so there’s clearly still a good appetite for a racehorse,” said Railton. “We’re hugely appreciative of Tattersalls taking up this concept, it’s fantastic how great they’ve been to show the initiative.”

Tattersalls marketing director Jimmy George said of the company’s new initiative: “The decision to stage a Tattersalls August Sale was taken very much in response to popular demand and in recognition of the unique circumstances surrounding the 2020 racing and sales calendar.

“With Flat racing returning to Britain and Ireland only in June, we always felt that deciding what to enter in the July Sale would be much less straightforward for owners and trainers than under normal circumstances, and that was definitely reflected in a significantly smaller July catalogue last week.

“It made a lot of sense to try to provide another fixture with a similar profile to the July Sale to accommodate vendor requirements, but without two major yearling sales moving out of their traditional August dates it would have been a lot more difficult to find an appropriate slot for a new sale, so we were fortunate in that respect.

“We have already had a lot of positive feedback about the new August Sale from vendors and purchasers alike and, as well as taking encouragement from a vibrant Tattersalls July Sale, the decision of the British government to ease travel restrictions has been particularly well received.”