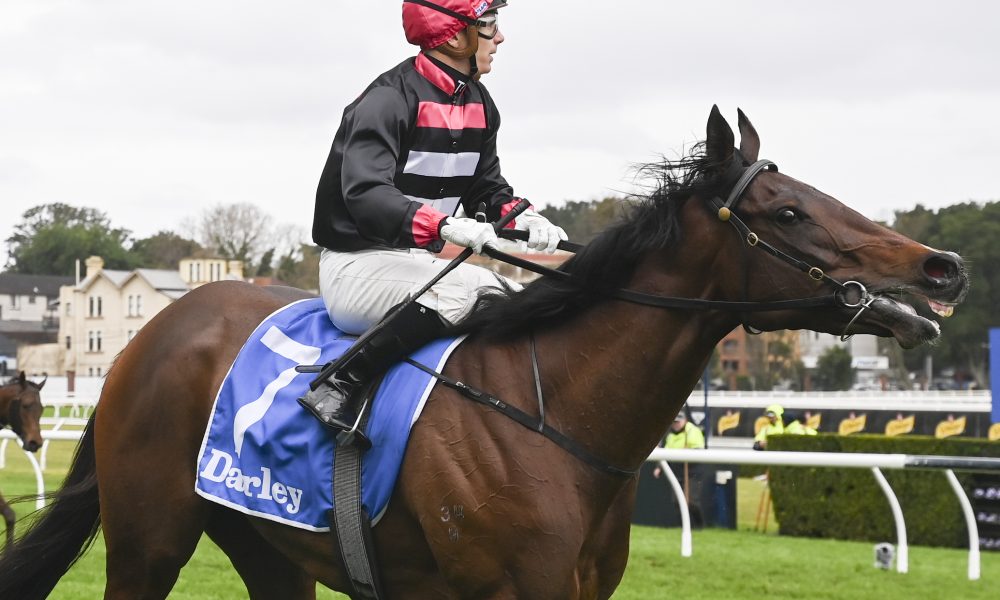 Empires rise and empires fall. But in breeding, only some do the latter.

As most of us know, thoroughbreds started with the importation to empire-building Britain, in the late 17th and early 18th centuries, of the holy trinity of foundation sires: the Byerley Turk, the Darley Arabian and the Godolphin Arabian.

By the mid-1980s, one had emerged supreme: 90 per cent of all thoroughbreds in the world were descended from Darley, while just five percent traced to each of the other two.

Twenty years later, Darley had claimed 95 per cent, and now it’s almost total, at around 99 per cent.

For many years in Australia, Star Kingdom (Stardust) was an unstoppable force. The Irish-bred was champion sire five times from 1959-65. Then one grandson, Bletchingly (Biscay) won three, and another, Marscay (Biscay), claimed one.

Star Kingdom’s great rival was Wilkes (Court Martial), who won three titles in the same era, and produced Vain to win another.

Nowadays, there’s barely a stallion in Australia who comes from a Star Kingdom or Wilkes sireline. The last of the former’s direct descendants to write home about was Toorak Toff (Show A Heart), who won two Group 1s a decade ago. The line went Star Kingdom-Biscay-Bletchingly-Cossack Warrior-Brave Warrior-Show A Heart-Toorak Toff, but that’s pretty much all she wrote, with Toorak Toff flopping at stud.

Where dominant sirelines and sires will emerge is of course agonisingly – often very expensively – hard to predict, but perhaps not impossible, given the existence of some fairly strong guidelines.

And it seems as safe as reasonably possible to say one behemoth of the Australian landscape will have his influence felt more than most for decades to come.

Not content with figuring twice in the third generation of a Group 2–winner, Redoute’s Choice capped the day as a winning sire himself, with Military Expert winning a handicap at Moonee Valley. The four-year-old entire – who’s won two straight, four from 12, and has three black-type placings and a fifth in this year’s Randwick Guineas (Gr 1, 1600m) – hails from Redoute’s Choice’s second-last crop, a semi-retirement batch of 40 live foals before his last, of 23.

Sometimes, with super sires, you have to stop and smell the stats.

Bred by Sri Lankan textile businessman Muzaffar Yaseen of Teeley Assets fame, the quadruple G1-winning Redoute’s Choice was Australia’s champion sire thrice, and over a remarkable spread of nine years: 2006 – just two years after he was champion first–season sire – plus 2010 and 2014.

While certain sires fade, hints of Redoute’s Choice’s potentially lasting influence emerge in a comparison with his great near-contemporary Zabeel (Sir Tristram), who was born 10 years earlier, in 1986, and was champion sire twice in 1998 and ’99.

Both might perhaps be expected to “live on” equally powerfully because of their achievements as damsires: Zabeel was champion broodmare sire three times, and has been in the top four for 12 of the past 13 years. Redoute’s has just claimed his third such title, having risen to the top two over the past five seasons.

But a study compiled by retired keeper of the stud book – and still very active stats’ maven – Michael Ford – strongly suggests Redoute’s will be spoken of more widely than Zabeel when we’re long gone.

Specifically, there’s a stark difference in results from their respective sirelines from Nearctic (Nearco). With all due respect to the great Zabeel, he might just be on the wrong train.

Line A has produced 343 sires globally whose sons have produced stakes-winners. Line B has 170.

“It’s pretty obvious which sireline will outlive the other, especially since Line B has been going nine generations to Line A’s seven,” Ford says.

Redoute’s has sired 157 stakes winners, has had 30 sons who’ve become stakes-winning sires, and they’ve had 11 sons who’ve done the same. One of Redoute’s sons is of course his old Arrowfield stud-mate Snitzel, who’s been champion sire four times and sired 119 stakes winners.

Zabeel has a lead – thus far – in siring 162 stakes winners, again with his 10-year head start. However, the study shows he has only two sons who have done the same – Octagonal (siring Lohnro, Anglia and Niello), and Reset, who begat Rebel Raider.

While Redoute’s Choice and Zabeel have excelled as broodmare sires, there’s another sign of the former’s potency here in that he’s by Danehill. Zabeel, by contrast, is Danehill-free.

“It’s a remarkable thing about how well Redoute’s is doing as a broodmare sire, considering half the commercial population are Danehill-line horses,” says Arrowfield’s Peter Jenkins. “He’s at a distinct disadvantage there, and yet he’s the current leading broodmare sire and has been for a couple of years.”

Another marker is the distances at which both sires’ progeny have performed.

“Redoute’s was able to leave progeny of all types – top two-year-olds, sprinters, derby winners. Those stallions always have the best chance of being outstanding influences several generations on,” Jenkins says.

“Galileo would fall into the same category as well. These are the super sires, that barely had a chink in their armour, and their influence can be universal.

“Whereas if you compare that again to Zabeel, who was never an influence of juvenile precocity, those stallions’ influence die off a lot quicker. They don’t leave the progeny that win those types of races, and their descendants generally don’t.

“In 30 years’ time, I’d expect to see Redoute’s in the pedigrees of just about every Golden Slipper winner of the 2050s. I’d be surprised to find Zabeel in barely one.”

In North Star Lass, the duplication of that potent Redoute’s blood appears to have ticked some boxes. In-breeding to the stallion has produced a not-extraordinary seven stakes-winners from 135 runners. But six of them have a gender-balanced cross. And five, including North Star Lass, are by Zoustar.

Rosemont, who bred North Star Lass along with Hesket Bloodstock’s Ash Hardwick, bought her dam Sheila’s Star for $250,000 in 2017, in foal to probably Zabeel’s most potent son, Savabeel. The result was Ethekwini, who’s won a Kyneton maiden amid 10 starts.

“If it’s a sex-balanced double-up of Danehill or sons of his, it’s running at an acceptable stakes-winners-to-runners ratio. It gets a bit clunky when it’s male-dominated,” says Rosemont principal Anthony Mithen. “And we had a hunch that sending fast mares to Zoustar tend to be his best matings.”

Mithen is chuffed by the North Star Lass story. Though Rosemont sold Sheila’s Star in an early-pandemic downsizing – for $90,000 – it was to their then-new bloodstock manager Ryan McEvoy and friends. They sent her to Capitalist (Written Tycoon), and the resultant colt sold at Magic Millions this year for $460,000 to Mick Price.

Sheila’s Star now has a yearling filly by Zoustar’s son Zousain, but was booked to return to Zoustar this spring.

“People might say, ‘Oh no – you sold the mum of a Group 2–winner’,” Mithen says, “but as luck would have it, it went to Ryan and his mates.

“And the whole circle has worked well. We sold our Zoustar filly to good supporters of Rosemont in Waterhouse-Bott, they’ve got a Group 2-winning filly for their clients, and we’ve bred a Group 2 winner. It’s a nice story all round of sharing the spoils.”