Not much between those at the top of racing’s ratings 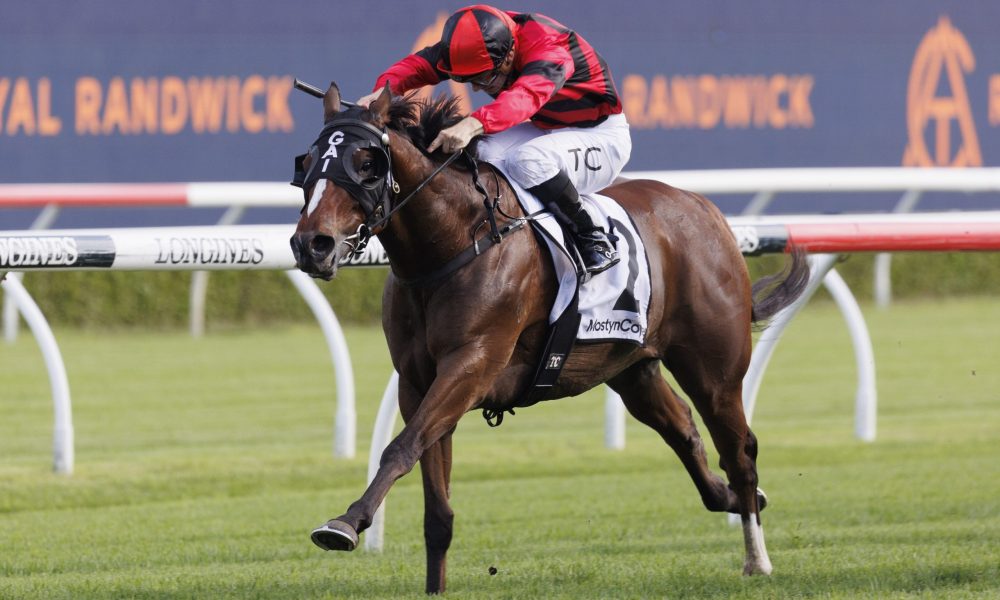 Last Saturday’s feature racing at Flemington and Randwick, despite taking place on tracks that were rain affected to varying degrees, underscored the evenness of competition at the top level, which has been a hallmark of Australian racing in the era of drug-free competition (with the exception, of course, of Black Caviar and Winx).

Anamoe, clearly the top-rated three-year-old in the country at spring’s end after winning the Caulfield Guineas and running second in the Cox Plate, now has his superiority challenged on several fronts.

First and foremost, of course, by Converge who had the better of him in the Randwick Guineas, while Hitotsu confirmed the “rising star” tag of his Victoria Derby win with a first-up victory in the Australian Guineas.

Add to the mix Home Affairs, who contests Saturday’s Newmarket Handicap, along with the “forgotten” In The Congo, who beat Anamoe in the Golden Rose, and who is waiting in the wings after an impressive trial win last week. He’s likely to resume in the Galaxy on March 19.

In major open class races, we saw little between Inspirational Girl and Zaaki in the Blamey Stakes, albeit with the former having a significant weight advantage under the set weight and penalty conditions.

More dramatically in the Challenge Stakes, we saw 62-rater Shelby Sixtysix run 118-rater Eduardo to a nose with Nature Strip (121) relegated to third. While the ratings gurus will declare Shelby Sixtysix’s performance an aberration which will not be repeated, I fancy the key with him is 1000 metres and heavy ground and he might repeat under that scenario. However, his $94,000 second prize came with a 20-point ratings hike.

It was an 11th career win for Eduardo and eighth under the care of trainer Joe Pride (since the horse’s transfer from Sarah Zschoke), and again underlined Pride’s mastery with sprinters following on from his success with the siblings Terravista, Tiger Tees and Ball Of Muscle as well as with Rain Affair and Red Oog.

Eduardo is an eight-year-old but has raced just 26 times, shows no sign of leg weariness and in Pride has a trainer who has also ably demonstrated his ability to ensure the racing longevity of many horses. Nash Rawiller was accused of going too fast on Eduardo but, in the process, he eliminated the speed and sting of chief rival Nature Strip and won.

“I think that was what brought Nature Strip undone but it nearly brought him undone as well,” Pride said.

From Flemington, Bjorn Baker deserves plaudits for his double with the astutely placed Overpass and the bravely backed-up Malkovich, who together took home more than $500,000. Baker also won with Belluci Babe at Randwick and he boasts seven winners from his past 16 runners, sitting second behind Chris Waller in the intensely competitive Sydney trainers’ premiership.

Baker is flying but in the best traditions of the James Ormond sledge to Mark Waugh, he’s still not the best trainer in his family. At least not until father Murray retires at the end of next month. Sorry, Bjorn!

Ciaron Maher and David Eustace, unsurprisingly, took the major Flemington spoils with Hitotsu and also had Yonce, like her stablemate Marabi a week earlier, maintain an unbeaten record.

Both were ridden by John Allen who rides Flemington as well as any jockey I’ve seen, especially when back and inside, which is often a recipe for disaster at the premier track.

Yonce and Hitotsu look more than likely to continue their winning runs, while I suspect you can also add last Saturday’s winners Crystal Pegasus, Bermadez and Annavisto to that list along with Growl (again Maher-Eustace-Allen), who could not have been more impressive resuming at Moonee Valley on Friday night.

In my view, the next two weeks is one of the best stanzas of Australian racing with Flemington hosting the Newmarket and Australian Cup before the All-Star Mile; and Rosehill the Coolmore Classic before the Golden Slipper, George Ryder, Galaxy and Ranvet; plus the cameo fixtures of the Adelaide Cup and Canberra’s biggest raceday.

Sydney’s big wet has seen the connections of Think It Over and Lost And Running switch to the Australian Cup and Newmarket Handicap respectively. Bookmakers were unusually caught napping and have been hammered with both horses from either “in the know” punters or those who simply surmised it was likely to happen given the weather.

Both horses were around $13 a week or so ago but Think It Over is now clear favourite for the Cup and Lost And Running second pick behind Home Affairs. Neither horse has raced outside New South Wales, which may be the only factor providing the oddsmakers with some comfort.

Queensland Oaks winner Duais, who proved herself left-handed when winning the Coongy last spring, has already made the trip to Melbourne and similarly attracted strong support to upstage the “locals”, headed by Spanish Mission.

Home Affairs will concede five kilograms to Artorius, who returned the best closing splits of last spring’s Coolmore Stud Stakes when they met at level weights, and the Anthony and Sam Freedman-trained three-year-old did more than enough when he resumed at Caulfield despite finishing second last in a field of seven. The three-year-olds may have it this year.