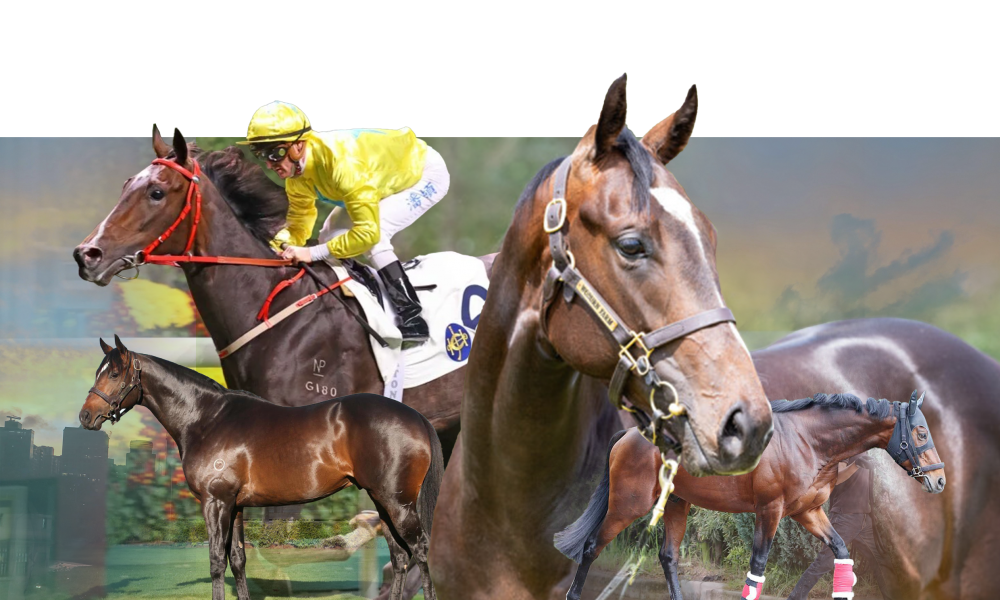 Novara Park stallion Sweynesse (Lonhro) is quickly making an impression in Hong Kong thanks to his son Lucky Sweynesse (3 g ex Madonna Mia by Red Clubs), who took his record to four wins from five starts at Sha Tin on Sunday with his first win in Class 2 company.

Sweynesse, the former Godolphin representative who won his first four starts including the Spring Stakes (Gr 3, 1600m) and the Gloaming Stakes (Gr 3, 1800m) before placing in the Spring Champion Stakes (Gr 1, 2000m) and Randwick Guineas (Gr 1, 1600m), has made a home across the Tasman at Novara Park in Karapiro, just outside Cambridge, since 2016.

“It is really exciting,” Novara Park principal Luigi Muollo told Asia Bloodstock News. “Sweynesse is a young stallion and his best foals are now weanlings. We have a number of standouts – I really like the Sweynesse weanling out of Extra Explosive which makes him a half-brother to Derby hero Explosive Jack and also a half-brother to Hong Kong’s champion griffin Pick Number One.

Unsighted before the final weeks of his two-year-old season, Lucky Sweynesse – then unnamed – was given two trials by Cambridge handler Shelley Hale. It was his second hitout over the Ellerslie 900 metres in August, which saw him skip right away under Matthew Cameron to score by six lengths despite racing erratically throughout, which attracted interest from abroad.

Bought by the Cheng family to be trained by Manfred Man, he arrived at Sha Tin six weeks after that trial and was given a slow build-up by the trainer before debuting with an emphatic victory at Happy Valley in February.

He would win his next three, all over the Happy Valley 1200 metres, before a sticky yielding surface at the city track and a heavy weight brought him undone when he finished third last month to Astrologer (Star Turn), who boasted a third in the Breeders’ Plate (Gr 3, 1000m) at Randwick on debut.

On Sunday, stepping up to Class 2 and 1400 metres for the first time – not to mention making his Sha Tin debut – Lucky Sweynesse settled handy under Matthew Poon before sweeping to the lead at the 150-metre mark. At the line, he held off the fast-finishing Navas Two (Excelebration) to score by a short head, indicating his immense promise.

“He’s a young, improving horse and he just needs more racing experience to learn how to settle and he will be an even better horse,” Poon said. “Today, he overraced a bit and was a little bit green, but going to Class 2 for the first time and 1400 metres, I think his performance was terrific.”

Muollo shares Poon’s enthusiasm for the progressive three-year-old, believing that his breeding suggests he will only improve as he gets older.

“I think Lucky Sweynesse will be a better horse after a spell,” Muollo said. “His sister Signora Nera came third to Duais in last year’s Queensland Oaks and then, after a spell, she came back better than ever winning her first start back by three and a half lengths.

“Sadly, she injured a tendon a couple of weeks later and we decided to retire her, but Chris Waller was adamant she was going to win a Group 1 race.”

Muollo raced Signora Nera and is excited by what is to come from the family with the dam of both Lucky Sweynesse and Signora Nera, Wanganui Cup (Listed, 2040m) winner Madonna Mia (Red Clubs), developing into a prolific producer.

“I have a two-year-old Per Incanto gelding half to Lucky Sweynesse and Signora Nera that won a jump-out last week, he has now been spelled and will start again in the spring,” Muollo said.

“Madonna Mia produced a Contributer colt last year, she is currently in foal to Sweynesse and she will be served by Sweynesse again this spring.”

“We are getting the phone calls asking us, ‘What have we got trialling soon?’” he said. “As successful breeders we have got one of the best strike rates in New Zealand and are focused on improving that. We have upgraded our broodmare band and have increased our numbers so we are really looking forward to the future. We look forward to Hong Kong buyers returning to the NZB Ready To Run Sale later this year as we have a couple of nice looking Sweynesse colts being prepared with them in mind.

“While the New Zealand foal crop continues to shrink we always look to offer value for money and Sweynesse certainly gives the breeder that. He is proven value and the market takes note of results. New Zealand-bred horses have a fantastic record in Australia and Hong Kong so will continue to be in demand.”

While Asian buyers are becoming more familiar with Sweynesse as time goes on – with other sons like Super Hornet and Solid Impact appearing on the cusp of a first Hong Kong win in the coming weeks – another Novara Park stallion, Staphanos (Deep Impact), is one horse that Sha Tin racegoers have seen many times before.

The Hideaki Fujiwara-trained Staphanos made five sojourns from his Japanese base to Hong Kong, running in the Hong Kong Cup (Gr 1, 2000m) four times – finishing third to compatriot Maurice (Screen Hero) in 2016 and fourth to local Time Warp (Archipenko) in 2017 – and the Queen Elizabeth II Cup (Gr 1, 2000m) once, producing his best Hong Kong effort when second to Blazing Speed (Dylan Thomas) in 2015.

“Staphanos has got me really excited,” Muollo enthused. “Deep Impact continues to excel as a sire with 188 stakes winners and now is developing into a proven sire of sires.

“Staphanos’ yearlings are now being broken in and are impressing some great judges. They have his temperament. Staphanos was one of the top-ranked Japanese racehorses from his three-year-old year until he was six and he was invited to Australia for the Cox Plate after his three-year-old year so was held in high regard globally.”

“I took great delight out of the Yasuda Kinen result,” he said. “The winner Songline is by Kizuna, a son of Deep Impact, while second went to Schnell Meister by Kingman. It couldn’t have been a better result for Novara Park with Staphanos by Deep Impact and King Of Comedy by Kingman!”