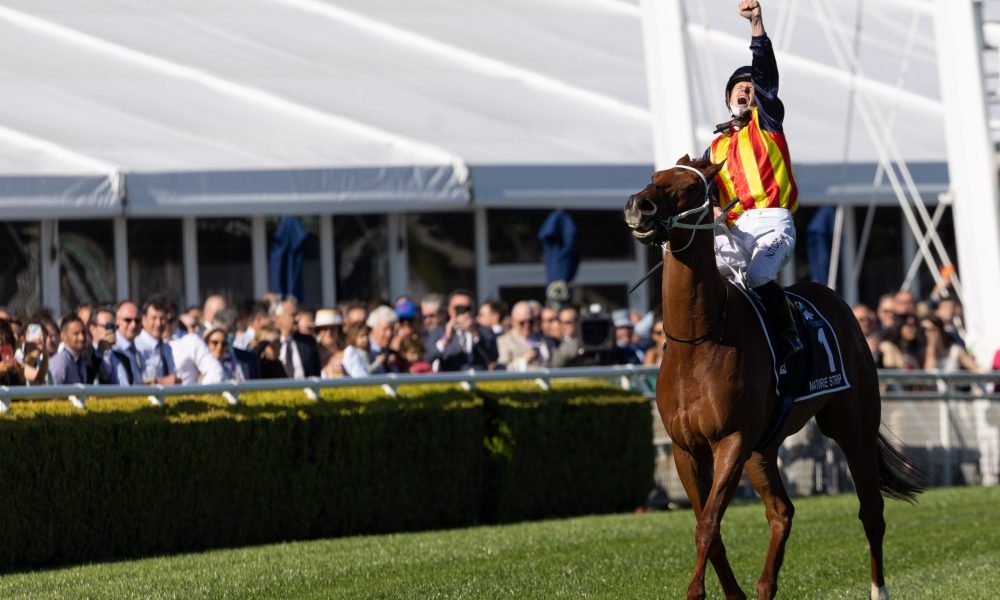 Racing NSW will add another $30 million to the state’s already booming prize-money levels, with some of the state’s biggest races as well as grassroots meetings receiving increases, while $125 million will be spent on much-needed infrastructure projects, among a host of changes and initiatives announced by the regulator yesterday.

From September 1, Racing NSW will also increase its rake from each race conducted in the state from one per cent to one-and-a-half per cent to fund its equine welfare programme, while two per cent of prize-money (up from one-and-a-half per cent) will be directed to the strappers’ bonus fund, which has been in place since 2012 to help support the industry’s lowest-paid workers. The jockeys’ welfare fund will remain unchanged at one per cent of prize-money.

Racing NSW is set to distribute a $6 million bonus to the connections of Australia’s elite sprinters who race in Sydney in the lead up to and after the $15 million The Everest (1200m) this spring, effectively trying to lure them away from the prestigious Melbourne carnival.

“Now having the $6 million bonus… will encourage them to stay for the five-race series and in particular the Nature Strip (Winner’s) Stakes (1300m) on Golden Eagle Day.”

To be eligible for the bonus, horses must compete in at least three of the nominated races with the bonus split between the five horses who finish with the most points, including $2.5 million to the overall winner.

The Kosciuszko (1200m) for NSW country-trained horses will increase from $1.3m to $2m from this October.

Increased prize-money for grassroots racing with country races to be worth a minimum of $27,000 while two races on each country program will be restricted to country-trained horses

Provincial stakes levels remain the same, but each card will have a race for provincial-trained horses only and another restricted to horses from Midway stables

Punters’ thirst for wagering appears not to have been dulled by the state’s blanket of wet tracks, with Racing NSW chair Russell Balding indicating betting turnover on the state’s thoroughbred meetings at record levels, a point echoed by V’landys, which has in part enabled the increased investment.

“And there’s a possibility we’ll be announcing further prize-money increases in the next six months, so these are sustainable, fully funded and that’s thank you to the NSW state government and the negotiations we did on the point of consumption tax (which is) assisting the funding, but we’ve also had record turnover,” V’landys said.

“Now, we do expect that (turnover) to come down a little bit after Covid, but at this stage they are fully funded and there’s probably still a surplus left over.”

Also announced yesterday, an infrastructure fund of $125 million – $70 million from the state government and $55 million from Racing NSW – will be invested over the next two years to support the building of stable complexes, improve drainage on the state’s waterlogged racecourses, construct new training tracks and race day amenities for participants and customers, as well as improve jockeys’ rooms across the state.

V’landys said some race clubs had already started the planning process for those projects.

“We have a number of clubs who have already started development applications with councils and, in particular, stable developments, because there is now a substantial demand from interstate and international trainers to come into NSW,” he said.

“That has already started and, as the chairman pointed out, we’ve (built) all the Polytracks [in Sydney to allow continued training of horses]. However, no matter what drainage we had in place, with the weather we’ve had, any race meeting would have been called off.”

NSW Racehorse Owners Association chief executive Jane Henning welcomed the prize-money increases, as well as the designated country-only races which are to be programmed.

“Obviously there’s a little bit more coming out of the owners’ purse [percentage wise], but then again, the prize-money’s gone up, so I think it’d be quibbling to nitpick about that,” Henning told ANZ Bloodstock News yesterday.

“We have had some feedback from our owners in recent times about metro trainers going out to the country and taking the majority of the prize-money, so they will be very happy that there’s a couple of races (each meeting) that are exclusive to country trainers.”

V’landys said the NSW country racing sector had been the biggest beneficiary of prize-money increases over the past decade.

“The country sector’s gone from $5,000 a race to $27,000 a race. However, because of the attractive prize-money, there’s been provincial and metropolitan trainers going there (country meetings), so what we’ve decided to do is make two, possibly three, races for country trainers only,” he said.

“Not only that, there’s interstate trainers coming from Queensland and Victoria taking some of the prize-money. We want to keep our country trainers viable and that’s why we’ve done what we’ve done today.”

Prize-money in NSW has more than tripled in the past decade from $119 million in 2012, to $358 million when the new levels come into effect from September 1.

A new $6m bonus to be paid to horses winning the most points across the following six races:

Double points will be awarded for the Nature Strip Stakes on Golden Eagle Day.

It will also be a condition of the bonus that horses must have competed in at least 3 races in the series to be eligible.