O’Brien and Brummitt take tally to four at Tattersalls 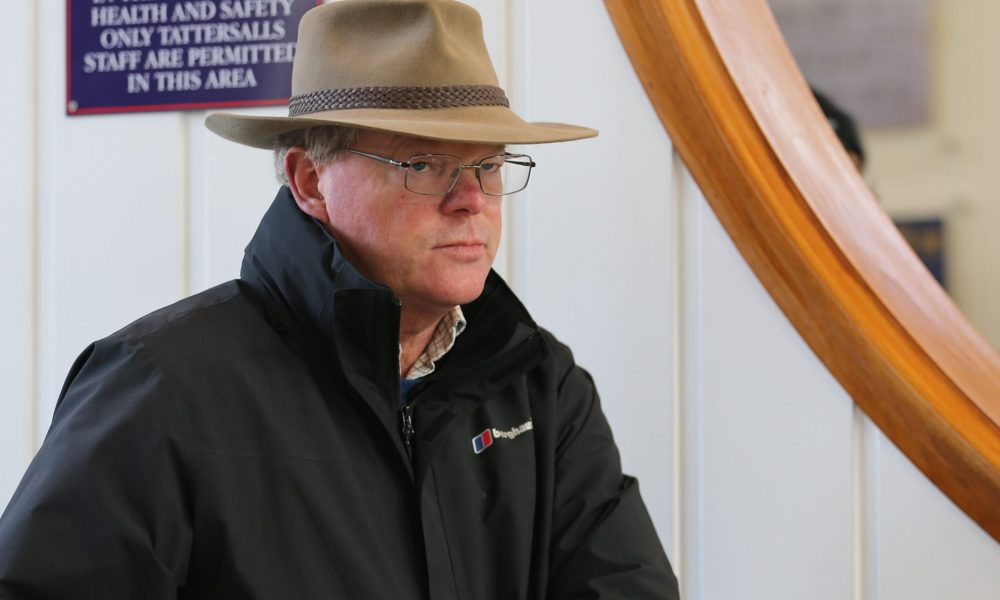 Danny O’Brien and his European agent Jeremy Brummitt purchased three yearlings on the second day of the Tattersalls October Book 2 Yearling Sale yesterday, adding to the single yearling they secured at Book 1 during last week.

Among the three purchases was a Free Eagle (High Chaparral) colt for 150,000 guineas (approx. AU$291,000), who is a half-brother to Listed winner Flaming Princess (Hot Streak).

Free Eagle, a Group 1 winner of the Prince Of Wales’s Stakes (Gr 1, 1m 2f) at Royal Ascot, has sired three stakes winners from his first three crops of racing age, including Group 3 winner Dancing King and Hong Kong winner Beauty Smile, while in Australia he has sired the stakes- placed filly Biarchi and has eight winners from 33 to race.

Catalogued as Lot 874, the colt is out of the Marju (Last Tycoon) mare Qatar Princess and was consigned by Philip Stauffenberg who purchased him as a weanling for €80,000 from the Goffs November Foals Sale.

The Haunui Farm shuttler will see his first southern hemisphere two-year-olds take to the track this season, having sold for up to $230,000 as yearlings.

O’Brien will also be bringing a filly back to Australia, after securing a daughter of Nathaniel (Galileo) for 75,000 guineas (approx. AU$145,500).

Nathaniel added the progressive Spirit Ridge to his tally of two stakes winners in Australia this last year, the gelding winning twice at Group 3 level for Darby Racing, while last year’s Geelong Cup (Gr 3, 2400m) winner Steel Prince is also by the stallion.

Catalogued as Lot 846, she is the second foal out of the unraced Pointer (Bated Breath), a daughter of the Group 2-winning and Group 1 runner-up Daring Miss (Sadler’s Wells), with the filly from the family of multiple Group 1 winner Flintshire (Dansili).

The three yearlings added to their purchase of a Frankel (Galileo) colt in last week’s Book 1 sale.

Also on Monday, Annabel Neasham will be the beneficiary of a purchase by prominent owner Noel Wilson, who slammed prize-money in the UK in revealing a colt by Lope De Vega (Shamardal) will be headed to the Warwick Farm-based trainer.

“He’s going to Australia to be trained by Annabel Neasham, if she’ll have him!” said Wilson. “He’s very classy and vetted superbly, and for me he was the standout of the sale.”

Wilson’s purchase joins a diverse portfolio of horses spread across France and Australia, and he explained that the paucity of prize-money on offer in Britain meant that investing in the domestic racing product was not a financially viable proposition.

“I’ve got horses in France, they’re generally under Justwow Limited, which is my company, they’re with Eoghan O’Neill and Francis Graffard, and I’ve got bits and bobs with Christophe Ferland,” he said.

“I’ve got some 20 per cent shares in horses in Australia to help me get my head around racing there. I live in Kent but I’d never have horses in Britain for the obvious reason; it’s just a joke here, whereas I’ve had horses in Australia come tenth and pick up £1,500. I’m not really rich enough to support British racing.”