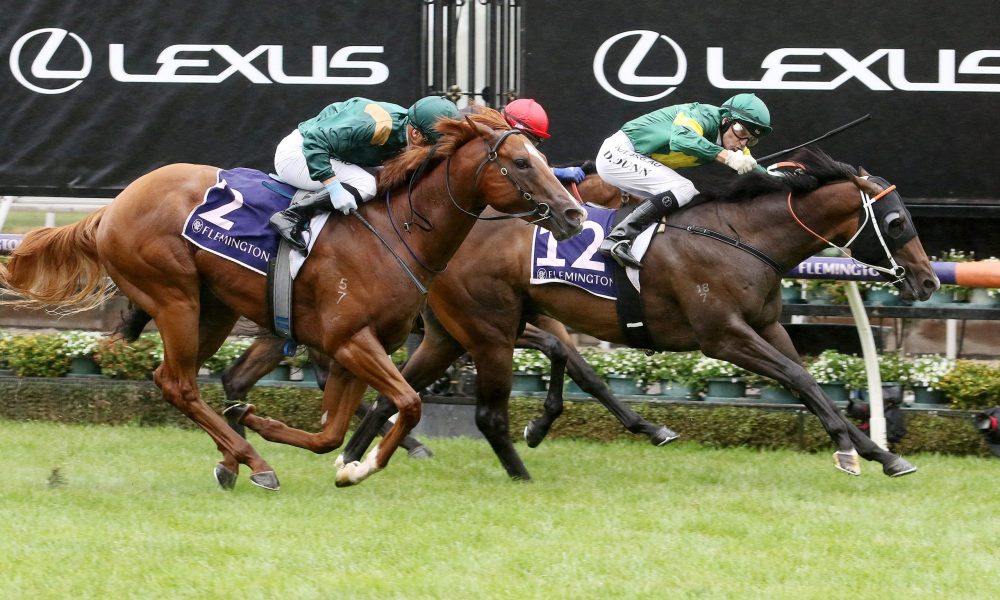 Team Hawkes-trained colt Ole Kirk (Written Tycoon), whose dam is a sister to unbeaten champion Black Caviar (Bel Esprit), stamped his potential with a taking Listed success on debut at Flemington on Saturday.

Ridden by Dwayne Dunn, whose pre-race comments suggested the promising juvenile might show signs of inexperience mentally, Ole Kirk settled nicely on the far side, tracking a good tempo set by the leading group.

Quickening through a gap at the 300-metre marker, Ole Kirk mounted his challenge with 100 metres left to run. He finished nicely in the closing stages and fought on well to defeat Nitrous (Deep Field) by a short-neck, with Mildred (Hinchinbrook) a close-up third.

Named after the Danish carpenter who invented the global children’s toy LEGO, Ole Kirk certainly built a solid foundation to his career in becoming the 32nd stakes winner for Woodside Park Stud resident Written Tycoon (Iglesia), who stood for a fee of $110,000 (inc. GST) in 2019.

As well as being related to the great Black Caviar, whose career spanned 25 consecutive victories, Ole Kirk is also a nephew of Australia’s former champion three-year-old colt All Too Hard (Casino Prince), a four-time Group 1 winner on the track who now stands at Vinery Stud.

Since foaling Ole Kirk, Naturale (Bel Esprit) has produced a yearling filly by Not A Single Doubt (Redoute’s Choice). She missed to Cable Bay (Invincible Spirit) last year while she was subsequently served by Exceed And Excel (Danehill) in October.