Olympic medalllist’s gift with horses is gold for Australian racing 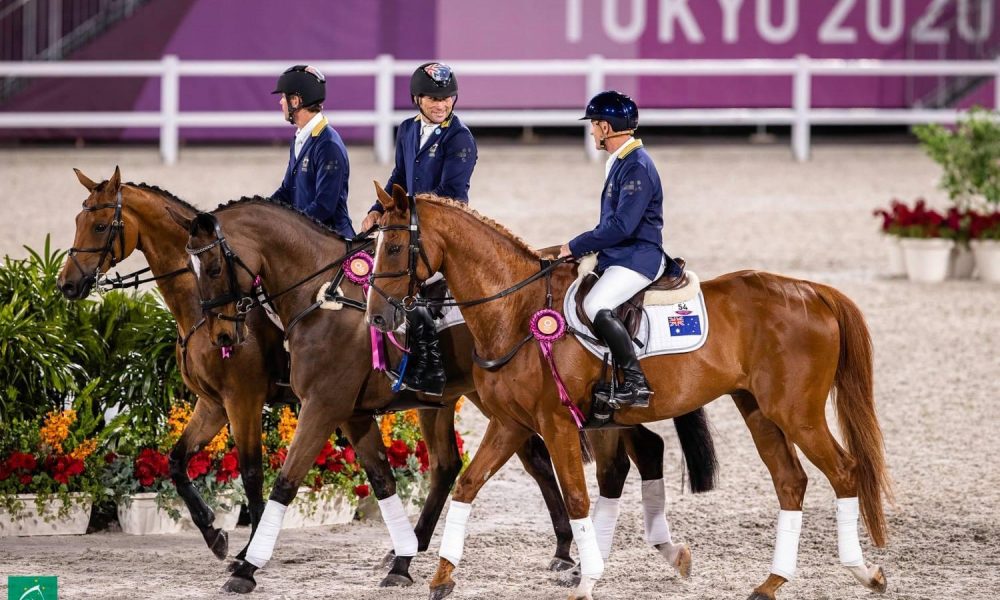 Such is Tokyo Olympics eventing silver medallist Shane Rose’s passion for his work with thoroughbreds that as soon as he arrived home from quarantine last Wednesday morning he was straight back into the saddle on one by midday.

“It’s good to be back, I can tell you. It didn’t take long and now it feels like it’s back to full speed ahead and I know what each horse here is doing and where they are up to,” said Rose.

For the past 18 years Rose and his wife Niki, also an elite level rider, have worked tirelessly to establish ‘Bimbadeen Park’ at Camden as one of Australia’s pre-eminent breaking and pre-training operations.

Having had the privilege of paying a visit to the Rose’s property on several occasions over the past few years I can vouch for the fact that it’s action stations there. Rose never, ever, stops.

Every day there’s 40 pre-trainers and 12 breakers to work and then once that’s done the rest of the world class equestrian’s waking hours are spent riding his prized eventing horses.

“It’s busy enough without running us off our feet. We are lucky all our staff are competitive event riders so I have great staff that ride them when I’m away. They have done a great job in my absence.”

Rose’s quest to try and win a medal for Australia at the recent Tokyo Olympics meant he was away from Bimbadeen Park for just under a month.

“Internally we were confident that if we all did our best we would be competitive. Realistically the Brits were favourites by a long shot and the Germans were pretty close to them. We thought we would be quite competitive to be thereabouts.

“To come away with a silver, while we would have loved to be at the top of the podium, we are pretty happy with the result,” he said.

Rose, 48, was riding his veteran campaigner Virgil (Vivant) in Tokyo. Now 16 years old, the big bold brown Warmblood gelding is well travelled. He’s been around the world five times competing at the highest level since Rose bought into him with a friend who bred him, Michelle Hasibar, as a troublesome four-year-old.

“As a young horse he would take off on her and go wherever he pleased. He was a big obnoxious horse and too much for her and she rang me up to see if I wanted to ride him. I remember jumping him over a few fences and saying ‘how do we buy this horse?’”

Rose has an astute eye and feel for a horse, no matter what the breed or discipline. You just have to spend some time watching him either in the competition arena or at home working them to see he has a gift.

It all comes naturally. He’s comfortable with horses and they are with him. He can hold a horse together and make it look effortless.  So it’s any wonder he’s been at the top of the sport of eventing for such a long time.

And it’s so fortunate for the Australian thoroughbred industry that such an amazing horseman works like a trojan behind the scenes giving young stock the start they need to make it on the race track.

The likes of savvy trainers Marc and Clarry Conners, Matthew Smith, the Snowdens and Gary Portelli woke up to this years ago.

“He’s a brilliant man with a horse. He makes difficult horses look easy to deal with, with his laid back approach.

“He couldn’t teach what he can do,” said Gary Portelli.

Rose enjoys the challenge and lights up when he starts talking about the work he does with racehorses and all the thinking that sits behind it. He’s broken in horses the ilk of Capitalist (Written Tycoon), The Autumn Sun (Redoute’s Choice) and Golden Slipper (Gr 1, 1200m) winner She Will Reign (Manhattan Reign).

“We pride ourselves on giving a horse a chance to be at their best when they go onto the racetrack.

“Our philosophy is every horse is a horse, it doesn’t matter how much they were when they got bought and just because they are inexpensive doesn’t mean they won’t be a champion horse and vice versa.

“They need to be disciplined. There’s no point having all the talent in the world and not being able to harness that talent to be at their best.

“We give them an understanding of what they need to do and allow them to keep their personalities and natural enthusiasm.

“Rideability is important. You need to be able to get on them and go where you want and steer them and stop them and move them around a racetrack to give them the best possible chance of winning races.

“We try to have them confident in what they are doing . If they are more relaxed and confident they are going to perform better.”

He compares the mentality of a racehorse to that of an elite human athlete and doesn’t see any difference between the two.

“They are no different to the athletes that are at the Olympic Games.

“You look at swimmers and runners in front of their races trying to stay calm and relaxed and if you take that philosophy and put it into racehorses they are going to perform up to their peak.”

So, would Rose ever take up racehorse training himself one day? Just like his good mate and champion New Zealand eventing rider Sir Mark Todd.

“Maybe. It’s not something that I’m busting to do. I think training is easy, it’s the parts that go with it like getting people to buy your horses and manage owners expectations.

“I’m fortunate I get to play with horses like trainers do but don’t have all that responsibility.

“I think about it from time to time. I might do it as a hobby as I get older and train a few and poke around,” he said.

For the time being, he’s firmly focussed on trying to win that elusive Olympic gold medal.