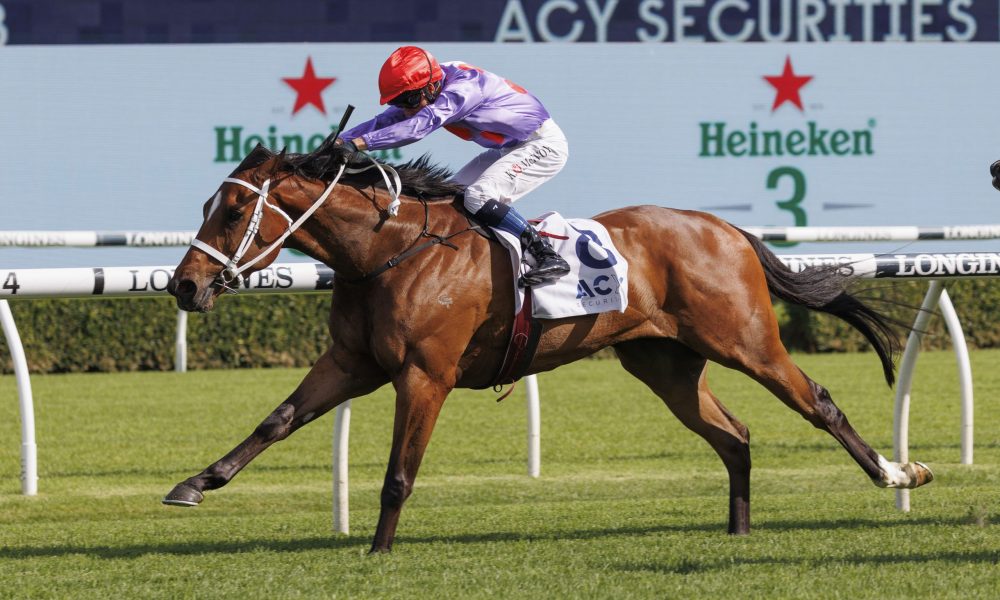 Racing has had a growing presence in the former Ottoman heartland for some time now. Once viewed as a symbol of western decadence, it was boosted to prominence on the shoulders of modern Turkey’s founding father Kemal Ataturk – a man who had epaulettes on those shoulders as well, as a soldier of some renown, including at Gallipoli.

“Horseracing is a social need for modern societies,” is the famous quote – borne on the website of the Türkiye Jokey Kulübü – of the man vividly deified at Istanbul’s Veliefendi racecourse.

Having enjoyed a wild Turkish Derby Day there a few years back, your correspondent can report large portraits of Ataturk adorn the back of the grandstand, above an imposing statue of the man mounted on a horse.

Still, with all due respect to the jurisdiction, it’s not exactly in the thoroughbred mainstream. And, while the 12-year-old Epaulette may have a 100 per cent record there – two winners from two runners – his sale, having been bought by the TJK itself, reflects a modest stud career for Darley.

The Danny O’Brien-trained five-year-old mare – who was $20,000 off her sire’s sale high as a $240,000 yearling – won the Peter Young Stakes (Gr 2, 1800m) at Caulfield. Unfortunately for Epaulette, that marked his highest achievement thus far in this country.

With only eight other low-level stakes-winners in Australia aside from Paradee, and just 77 mares covered in his last active season of 2020, the absence of a Group 1 winner here made the son of Commands (Danehill) prime sale material, even if the destination might have surprised.

But, hot on the heels of his departure, one of his best offspring might just be emerging.

Oscar Zulu resumed from a spell at Randwick last Saturday and pushed up impressively on the fence for a half-length win in stepping up to open class over 1400 metres.

Group 3-placed as a three-year-old in Brisbane last summer, the gelding made it four wins from his past seven starts, and six from 16 overall. And, having been brought along patiently with only two starts at two, late in that season, there is much hope for the Chris Waller-trained bay to reap black-type success next year.

And, if he does indeed wind up being one of Epaulette’s best, it may come as no surprise to learn who was behind his creation.

Rick Jamieson, aka the maven of Gilgai Farm, breeder of Black Caviar (Bel Esprit), Ole Kirk (Written Tycoon), All Too Hard (Casino Prince), Jameka (Myboycharlie) and many, many more, brewed up this one by putting the New Zealand mare Ininthree (Generous) to what was a $22,000-listed stallion.

At first glance, it looks something of a Jamieson special. The mare had won two from 34 and was by Generous (Caerleon). He had won the Epsom (Gr 1, 1m 4f) and Irish (Gr 1, 1m 4f) derbies of 1991 but proved no great shakes as a sire, or a father of broodmares.

“Epaulette wasn’t a high-profile stallion at the time we bought Oscar Zulu,” Oldfield told It’s In The Blood, of a stallion whose oldest were three at the time of his purchase.

“I go through catalogues and have my own theories, but I also fully appreciate and recognise Rick’s a pioneer in the industry with his motives and his selective breeding. I’ve tried to follow it but I don’t have the ability and knowledge that Rick’s got. But I do take note of the horses he has in a sale.

“They’re not overly expensive stallions he goes to sometimes, but he produces some dynamic results when he gets it right. I try to see where he gets his nicks from, but it’s well beyond me.”

To be fair, while Ininthree had been no star herself, she was well-related. She was a half-sister, out of the New Zealand mare Parfore (Gold Brose), to dual Group 1 winner Terravista (Captain Rio), 2014 The Galaxy (Gr 1, 1100m) winner Tiger Tees (Dubawi), and seven-time stakes-winner Ball Of Muscle (Ball Of Muscle).

Oscar Zulu would be her third foal. Under other breeders, she had first-up produced Birdy O’Reilly (O’Reilly), packed off as a broodmare after three poor starts, and Skins (Sepoy), who has fared better, winning five from eight in Brisbane so far.

Despite Epaulette’s standing as a sire, borne out in hindsight by his record now, he was an obvious choice for Jamieson. When putting two pedigrees together, he looks more for what he calls “clusters” of names, which have gone well when combined in the past, a bit like handfuls of ingredients thrown into a pot, as opposed to more traditional line-breeding.

In this case, he was taken by the combination – in Oscar Zulu’s third and fourth generations – of the super broodmare Cotehele House (My Swanee), dam of Epaulette’s sire Commands (and five-time Group 1 winner Danewin), and Twig Moss (Luthier).

Parfore was by Gold Brose (Huntingdale), who had a solid but short stud career in New Zealand terminated by a fatal infection. Most importantly for Jamieson, she was out of Classy Twiggy, who was by Twig Moss.

Jamieson believes the strength of the combination lies further back, with Oscar Zulu having a gender-balanced 6×6 cross to a French stallion born in 1952, Klairon (Clarion). A quadruple stakes-winner in his home country, he’s the sire of Cotehele House’s second dam, and the grandsire of Twig Moss.

Looking still back some more, Jamieson feels the Cotehele House-Twig Moss blend is further strengthened by the dual presence of Irish stallion Solferino (Fairway), who, in opposite halves to Klairon, appears in Cotehele House’s sireline and Twig Moss’s maternal line. This gives Oscar Zulu a gender-balanced 7×8 cross to him.

“There’s a real affinity between Cotehele House and Twig Moss, and that was the reason I made the mating,” Jamieson says.

“There’s a true connection between those two. If you just identify Klairon, it’s not strong enough. That’s line-breeding, and it’s not about line-breeding for me, it’s about clusters. You’ve got to look back a bit to find the clusters, but it’s really through Klairon and Solferino.”

Jamieson’s methodologies are sometimes difficult to back up with obvious statistics. You might imagine him in his farm house: dusty books all around, pages flying about, the odd burst of maniacal laughter, and, of course, some bubbling beakers and bunsen burners just to complete the imagery.

All in all, it’s why the humble breeder might prefer to be left alone to do his alchemy (and in fact he says, politely, he’d rather talk less about it from now on, which is a shame for the rest of us).

But it is impossible to dispute he has the runs on the board.

“I make a lot that don’t work, don’t worry,” he is quick to add. “But I guess you try to get rid of the downside, give yourself the percentage chance to win, and that’s all you can hope for.

“And then you cross your fingers.”

Though Epaulette may be in foreign fields, Oscar Zulu could yet prove that Jamieson has eked the best out of him.

As for Ininthree, a Jamieson-bred colt by Grunt (O’Reilly) fetched $155,000 as a weanling on the Gold Coast earlier this year, while she’s just had another colt by the same sire.

Trevor Marshallsea is the best-selling author of books on Makybe Diva, Winx, and Peter Moody.