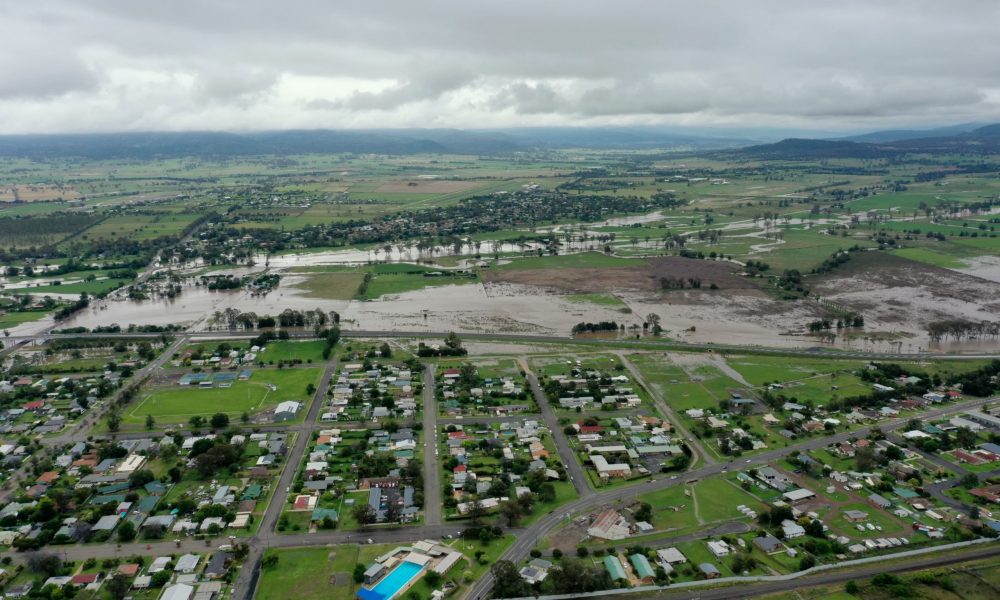 With a whopping 242mm of rain falling in Scone for the month of November, the highest amount ever recorded for this time of year, something eventually had to give and late last week the country’s breeding capital’s surrounding rivers and creeks ran bankers causing 48 hours of mayhem for some of the area’s biggest stud farms.

Two of the worst-hit were Bhima Stud and Middlebrook Valley Lodge where Verna Metcalfe was locked in by the treacherous floodwaters for two days.

“It was as big a flood as I have seen and I have been there 14 years. It has never come up that high before, it was unbelievable,” said Metcalfe.

Like Metcalfe, Mike Fleming has never experienced anything like it during his six years on Bhima Stud.

“It is what it is, you go from four years praying for rain and now there are people praying for fine weather,” said Fleming.

Unfortunately, those prayers are not likely to be answered anytime soon with more rain forecast over the next seven days.

“This is an amazing turnaround for the Upper Hunter and Scone from only just experiencing one of its driest and most severe droughts during 2017-2019.

“It is so true that our droughts are followed by periods of flooding rain. It’s just part of our climate cycles.

“I guess one message from all this is to remember in drought times remember good rainfall conditions will return but also in these good rainfall seasons remember they don’t last forever,” said Watson.

Watson, who has 30 years of experience in his field, consults with many of the Hunter Valley’s leading nurseries on the development and management of their horse pastures which are rated amongst the best in the world.

He says the recent rains have had a significant impact on the quality of natural grazing options for horses in the region.

“Spring growth was in excess of what animals could eat. The quality has declined due to an extended period of wet weather which has meant it has gone rank and old and past its best now.”

With many crops now unable to be harvested as a result of the big wet, grain prices will inevitably increase and as a result the flow-on financial effects will be felt by breeders.

“No doubt there will be economic impacts. Good rainfall doesn’t always mean milk and honey.  The floods have also wrecked fences and irrigation pumps have drowned and roads are damaged,” Watson said.

“There’s a whole set of costs you have to deal with in a wet time.”

Mike Fleming said, considering the severity of last week’s floods, his farm situated at the southern end of Satur Road came out of it all reasonably unscathed as far as damage to infrastructure was concerned.

“We managed to get fences cut where they needed to be and there’s a lot of gravel on our roadways and in one low lying barn the boxes are flooded and that will take a bit of time to clean up but we got out of it pretty lucky,” he said.

Verna Metcalfe, who looks after 300 horses at Middlebrook Valley Lodge, says the recent chain of events created a few challenges for her business.

“We have missed some walkouts and covers. We couldn’t get to Widden, Coolmore or Newgate because the roads were cut so it made it very hard.

“Our mares and foals look a bit ordinary because they are cold and it’s wet and miserable and there’s no goodness in the grass. We are feeding them plenty of bulk and good hay to keep them a bit warm inside.

“But there were no casualties, we were lucky as were a lot of other farms,” she said.

While the impact of last week’s rain event might not have been catastrophic for the Hunter Valley’s thoroughbred breeders, the fact that there is more rain on the horizon is of major concern and both Fleming and Metcalfe are preparing as best they can for the possibility of another battle against floods.

“They are talking a bit more later in the week. We are hoping not to get it but mother nature you can’t control,” said Fleming.

To its credit, Thoroughbred Breeders NSW has stepped up in its support of those affected and issued a statement during the weekend advising its members that as NSW primary producers they are eligible for financial and other assistance through the NSW Rural Assistance Authority.

Assistance is also available from Service NSW for people whose homes or belongings have been damaged (eligibility criteria apply).