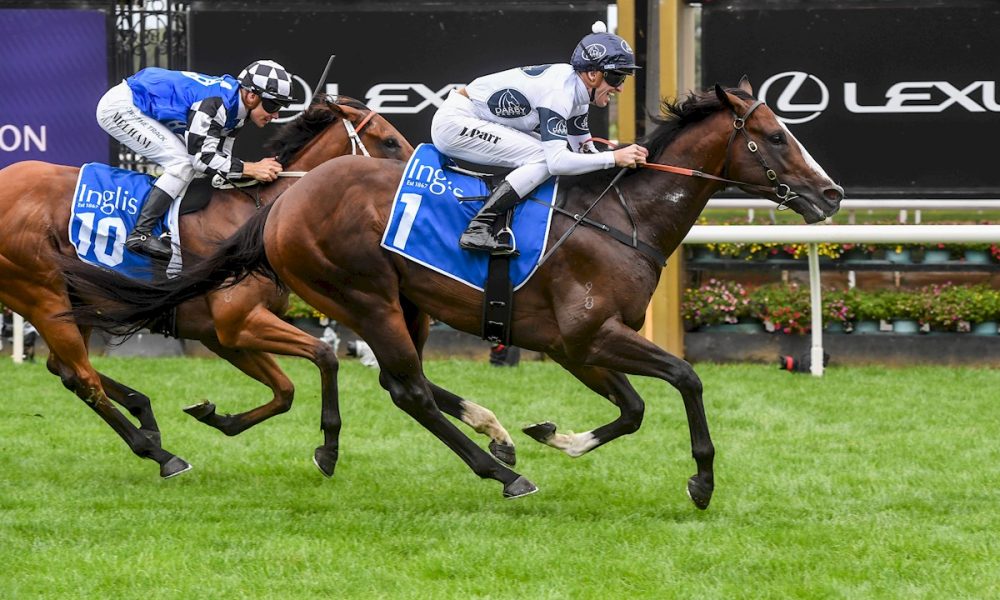 The running of The Shorts (Gr 2, 1100m) on Saturday marked a month before a return to Randwick for The Everest (1200m), the world’s richest race on turf, on October 15, and with time ticking away slot holders with vacancies will be jostling for position to snap up remaining contenders for the $15 million race.

ANZ Bloodstock News has learned that Overpass (Vancouver), runner-up in The Shorts first-up behind reigning Everest champion Nature Strip (Nicconi), is on the verge of securing a spot in this year’s spectacle, with the son of Vancouver (Medaglia D’Oro) likely to fill a slot owned by one of James Harron or James Kennedy.

“He’s got the important colours on in Darby Racing, they keep finding them, and Overpass is the headline act at the moment,” Baker told ANZ Bloodstock News yesterday.

“He was super on Saturday and there will probably be an announcement [regarding The Everest] towards the end of the week. He’s come through pretty well.

“He actually stood on his shoe and he seems pretty good this morning and I think he’ll be 100 per cent by [today].”

Inglis last week secured Memsie Stakes (Gr 1, 1400m) winner Snapdancer (Choisir) for The Everest, and with Godolphin, Coolmore and Aquis likely to fill their slots with their own horses, it leaves just Harron and businessman Kennedy with slots available.

Harron, who witnessed six of his colts participate in yesterday’s official two-year-old barrier session at Randwick, provided an update on his vacant slot.

“It’s moving slowly, as you can imagine, but we’ll get a bit of a hurry up now and get organised,” he said.

“With the races coming together very well, it’s a good edition of the race, so we’ll see how we go.”