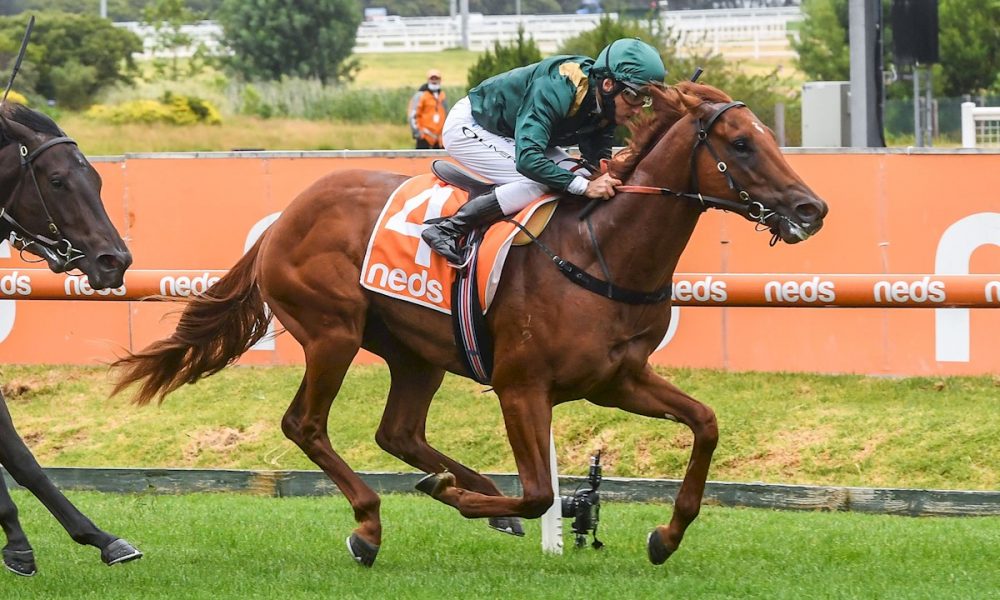 The Anthony and Sam Freedman-trained Philosopher (Zoustar) threw himself firmly into the Blue Diamond Stakes (Gr 1, 1200m) ring after he won the Ann Kilkenny Handicap (1000m) on debut at Caulfield last weekend.

Starting as the $2.40 favourite, the two-year-old colt jumped well from barrier two and made all under Damien Oliver to beat Jewellery (Lonhro) by just under a quarter of a length with a further three-quarters of a length back to $975,000 purchase Bonheur (I Am Invincible) in third.

“My one jump-out on him, he indicated to me that you just want to go with him and try not to hold him up too much and I think it suited him today.”

The son of Zoustar (Northern Meteor) was added to the early Blue Diamond market as an $8 chance for the $1.5 million contest which is set to take place at Caulfield on February 26.

“He’s a very fast colt, he’s been very professional in everything he’s done,” Sam Freedman said.  “That said, in his trials he pricks his ears when he gets to the front and has a look around.

“He’s not screwed down by any means and it’s a long series to get to the Blue Diamond but that would be the goal again and he’ll certainly appreciate the experience.”

Bred by Widden Stud, the colt was an $800,000 purchase for James Harron Bloodstock at the 2021 Magic Millions Gold Coast Yearling Sale.

Philosopher is just the second foal and only progeny yet to race out of the Sepoy (Elusive Quality) mare Lone, an unraced daughter of the Listed-placed winning mare Faster Pussycat (Flying Spur), herself a daughter of the three-time stakes race winner Presina (Prego).

The eight-year-old mare foaled an unnamed colt by Trapeze Artist (Snitzel) last year after missing to the same stallion in 2020.