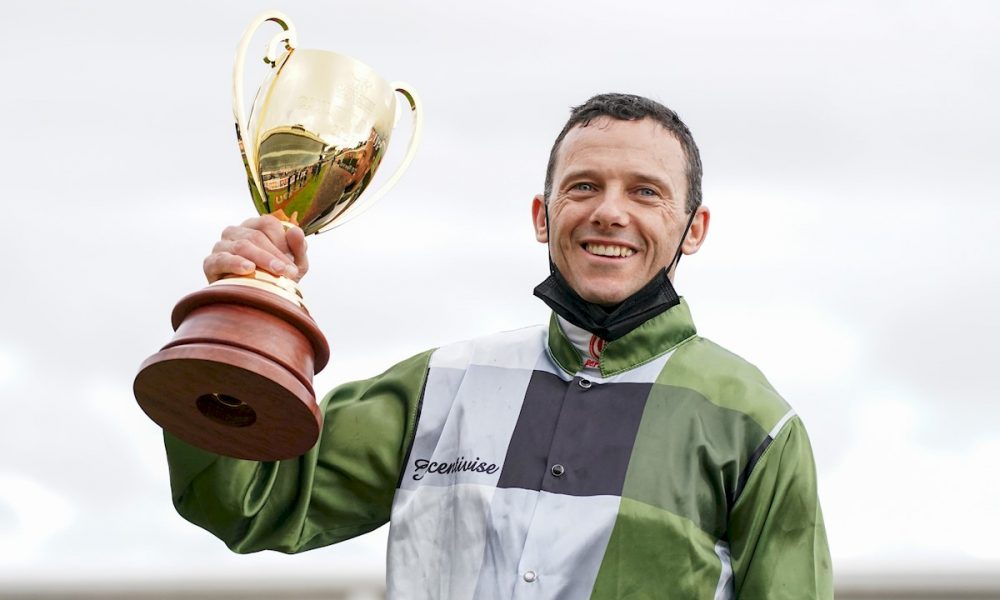 The Memsie, Makybe Diva, Turnbull and Might And Power Stakes, plus the Caulfield Cup, has seen Brett Prebble accumulate a remarkable spring Group 1 tally, but it doesn’t yet rival the deeds of Jim Johnson in 1966.

Johnson, who died in February this year at 92, also won the first four of Prebble’s quintet plus the Liston, Underwood, Linlithgow and Mackinnon Stakes; the Caulfield and 1,000 Guineas; the Toorak Handicap, Cox Plate and the Moonee Valley Cup.

The mighty Tobin Bronze (Arctic Explorer), who would eventually race in America, provided Johnson with the bulk of those spring spoils winning six weight-for-age races, culminating with the Cox Plate (which he won again in 1967) and the Mackinnon Stakes.

Johnson, like Prebble this year, had some good fortune come his way.

He won the Caulfield Guineas on Storm Queen (Coronation Boy) and the Toorak Handicap on Galilee (Alcimedes) for Bart Cummings after regular jockey Roy Higgins ruled himself out after injuring his shoulder in a trackwork fall on the Wednesday.

Storm Queen became, then, Australia’s second greatest stake-winning three-year-old behind the incomparable Tulloch (Khorassan) while Galilee, of course, progressed to win the Caulfield and Melbourne Cups and the Fisher Plate (beating Tobin Bronze).

Storm Queen backed up – with Higgins riding – in the 1,000 Guineas seven days later but was beaten, at prohibitive odds, by Johnson aboard Cendrillon (Landau).

While luck was certainly on Johnson’s side, you can’t help but wonder if he’d have also secured the Cups rides on Galilee – which went to John Miller as Higgins was committed to 1965 Melbourne Cup winner Light Fingers (Le Filou) – had Tobin Bronze not deviated from the weight-for-age path to run in the Caulfield Cup. He started 8-11 but finished sixth behind Galilee.

Cup week, in 1996, concluded with Miller and Galilee sweeping past Johnson and Tobin Bronze to win the C.B. Fisher Plate (2400m) by two and a half lengths. It was his 12th win from 22 starts and his first at weight-for-age. Tobin Bronze would win another nine significant races, and Galilee six, over the next two years.

By Final Day at Flemington, he had ridden the winner of every weight-for-age race in Melbourne that spring (the Turnbull was then WFA while the Feehan was a handicap and had been washed out in any case).

Johnson won three Melbourne Cups – Gatum Gatum (Star of Baroda by Nearco) in 1963 and Rain Lover (Latin Lover by Ribot) in 1968 and 1969. He began his career in South Australia in 1945 and rode more than 1000 winners there, winning four Adelaide Jockeys’ Premierships, before moving to Victoria.

He won a Melbourne Jockeys’ Premiership in 1967 and won the Caulfield Cup that year on Tobin Bronze who carried 61.5 kilograms. He later rode in Singapore and retired in 1976 with 2158 race winners to his name.

Prebble too has had some luck on his side this spring with the ride on Incentivise (Shamus Award) opening up after Glen Boss was unable to get to Melbourne and Jamie Kah’s suspension saw him pick up the Memsie win on Behemoth (All Too Hard).

He has, of course, made the most of his opportunities and with Incentivise looking to have something akin to a mortgage on the Melbourne Cup, as well as the ride on Probabeel (Savabeel) in Saturday’s Cox Plate, there is the promise of more to come.

Will Zaaki bounce back in the Cox Plate?

The much vaunted Zaaki (Leroidesanimaux) had his five–start winning streak come to an inglorious end in the Might And Power Stakes (Gr 1, 2000m) but retains favouritism for Saturday’s Cox Plate (Gr 1, 2040m) at Moonee Valley.

My inclination is that he is more likely than not to recapture his best form given that Caulfield has condemned to failure far more visitors than Moonee Valley and that the Might And Power was not genuinely run.

While our best race invariably falls to a horse coming off an excellent last–start performance there are enough examples of “turnarounds” to give hope to Zaaki fans; none more so than Saintly (Sky Chase) winning after being beaten in the Metropolitan and Craven Plate.

However, there is no spoil in the 7–4 quote for Zaaki at the time of writing. Surely he’d have been no shorter had he won the Might And Power? Saintly was 5–1!

Probabeel, at 14–1, is the horse underestimated by the market provided the track is dry. Her past two performances, against Zaaki, including the win (of course) have been very good.

Probabeel was anything but disgraced last year when she did all the chasing behind the tearaway leader in a race set up for the closers and the track was soft. She is well over the odds if the track is good.

State Of Rest (Starspangledbanner) can win. He displayed an impressive turn of foot to win the Saratoga Derby and profiles similarly to the 2014 winner Adelaide (Galileo). He too, however, may want the rain to stay away.

The dynamic three-year-old Anamoe (Street Boss) has the X-factor to win this race. His price has plummeted but his prospects have not. He likely has the measure of fellow three-year-old Captivant (Capitalist) but taking the quinella might not be folly given that on three of last six occasions a three-year-old has won, a horse of that age has also run second.

There may be any number of reasons why Incentivise does not go on to win the Melbourne Cup (Gr 1, 3200m) – from loss of form to misadventure or simply striking one better on the day.

However, I can almost guarantee you that it won’t be the weight – the 57 kilograms he will now carry after being penalised 1.5 kilograms for winning the Caulfield Cup.

Of course, he incurred no penalty for winning the Makybe Diva Stakes (Gr 1, 1600m) or the Turnbull Stakes (Gr 1, 2000m) under the archaic rules which apply to this still great race but one which can only very loosely be described as a handicap.

You cannot tell me that if this race was being handicapped today that Incentivise would have any less than 59 to 60 kilograms. No penalty for his WFA and Set Weights wins but the likes of Grand Promenade (Champs Elysees) and Delphi (Galileo) incur one-kilogram penalties for wins in races below Group 1 level.

You see, many years ago a very clever fellow (way ahead of his time) saw the public relations benefit of announcing the entries and then the weights for the Melbourne Cup months ahead of the race.

It was genius. However, one of his mates quickly reminded him that there’d be a host of non-triers if the weight-for-age winners were subject to penalty. No worries, we won’t penalise them, it was decided, and thus the world’s greatest NON-handicap staying race has been perpetuated ever since!