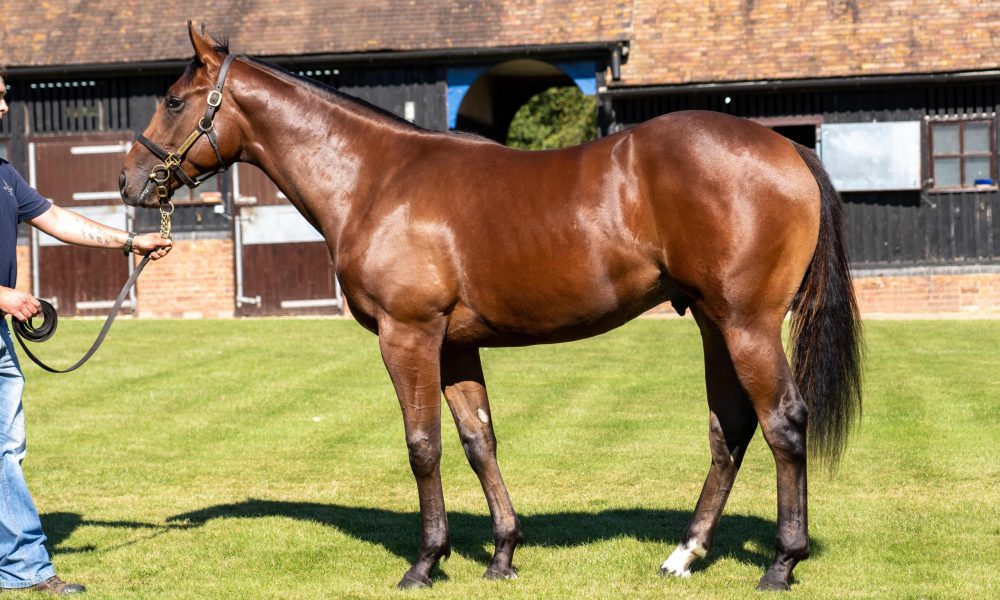 Agent Dermot Farrington was present as the buyer and expressed his delight with the purchase.

“He’s a good strong colt, nothing like an Australian yearling. He’s a good mover and the Frankel offspring are doing well in Australia,” he said.

“He’ll be syndicated by Mick, the demand there for ownership is phenomenal. The sales fit in perfectly for Australian buyers after they have already sold off their Magic Million buys to clients, and with prize-money currently so strong, there’s an appetite to buy.”

The colt is a third foal out of winning mare Eminently, who herself is out of Group 2-winning mare Imperial Bailiwick (Imperial Frontier), while her first foal Luxor (Oasis Dream) is a three-time winner.

Catalogued as Lot 33, he is the second foal of unraced mare For Now (Lawman), a half-sister to three stakes winners, while this is also the family of Group 1 winners Magical (Galileo), Rhododendron (Galileo) and Melbourne Cup (Gr 1, 3200m) winner Cross Counter (Teofilo). Agent Mark McStay of Avenue Bloodstock signed for the colt.

“He’s a smashing colt by a proven sire, from one of the best families in Europe, the Cassandra Go family, and there’s a Melbourne Cup winner on the page in Cross Counter,” McStay said.

“We’ve been looking at horses over the last couple of years and we singled this horse out early and both the guys (Jim Clark and Bjorn Baker) were really keen to buy him. He’s an April foal, so he’s still got a lot of maturing to do, but I think in time that they may have a really nice middle-distance staying prospect.”

Heading the sale at the time of publication was Lot 110, a No Nay Never (Scat Daddy) filly, who represented a huge result for pinhooker Philipp Stauffenberg.

“She was the one we really wanted,” said Mrs Thompson. “She is a beautiful filly. She was first on the short list, we were looking for a filly for the broodmare band. We will get her broken in and make some plans.”

The end result was a personal best pinhook for Stauffenberg, who originally purchased the filly for €260,000 (approx. AU$414,000) from Ballintry Stud.

“I bought her because she is an outcross and would be attractive for the big farms, and that exactly what the case was, she was a top horse for every breeder, it didn’t matter who,” Stauffenberg said.

Lot 49, a son of Lope De Vega (Shamardal), produced the highest-selling colt as he was purchased for 725,000 guineas (AU$1.36 million) by Godolphin. A first foal out of Group 1-winning mare God Given (Nathaniel), the colt was one of five purchases for Godolphin at the time of publication, who also bought a Dubawi (Dubai Millennium) colt for 600,000 guineas (approx. AU$1.15 million) and the opening lot of the sale, a Kingman (Invincible Spirit) colt for 525,000 guineas (approx. AU$985,000).

First yearlings by Coolmore shuttler Justify (Scat Daddy) also went through the ring, with Alex Elliott and Ben McElroy going to  450,000 guineas (approx. AU$845,000) for the colt, catalogued as Lot 63.