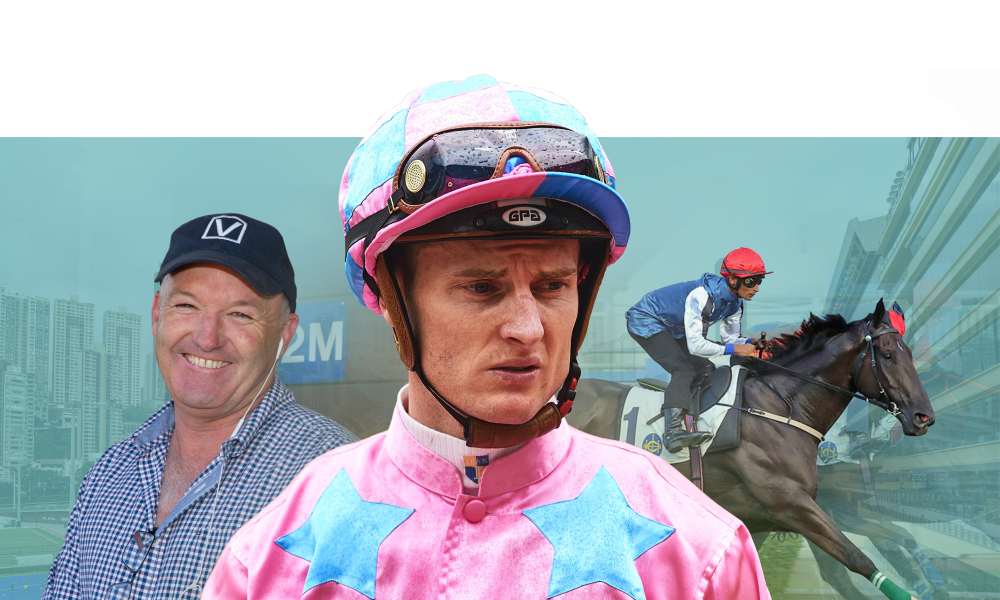 The entries are out for Sha Tin on Sunday, marking the end of a seven-week summer break and the beginning of another relentless cycle that will run through 88 race meetings, yield huge turnover, produce fascinating sport as well as behind-the-scenes drama – the odd controversy, too, no doubt – and hopefully deliver an authentic champion-class performance or two.

Zac Purton is looking forward to getting his season up and running by consolidating old allegiances and firming up a potentially productive partnership. The former champion will side with long-time supporter Danny Shum atop the once-raced Hong Kong Derby (Listed, 2000m) prospect Packing Victory (Reliable Man) in the 1200-metre Class 4, but when he takes the reins aboard the Paul O’Sullivan stable’s Duke Wai (Per Incanto) in the feature, the HKSAR Chief Executive’s Cup (1200m), he will have one eye fixed keenly upon a rival galloper.

The David Hayes-trained Naboo Attack (Warhead) – too lightly-weighted off a rating of 90 for Purton to ride this weekend – will step out in the Class 1 handicap under Karis Teetan as one of a number of bright young prospects poised at the cusp of being break-out stars. Most will teeter and fall short as usual but Purton has seen and felt enough in his trackwork engagements atop the 1300-pound gelding to hold the view that he could develop into a serious athlete.

Naboo Attack won five from seven for Steve Tregea in Queensland pre-import before landing his only Hong Kong race to date in late May under Vincent Ho.

“If Naboo Attack doesn’t win this race and he’s going to go on to run in a Class 2 race at the end of the month, I’ll ride him there, and, if he does win this, I suppose they’ll reassess where he’s going to run next and then it’ll once again depend what weight he gets, but I think from this race on he should be getting my weight,” Purton told Asia Bloodstock News.

The four-time Hong Kong champion jockey’s ideal scenario would be to see the Hayes galloper in his peripheral vision, defeated but close up, as he flashes home first on Sunday atop Duke Wai, a winner of six from 22 and fourth most recently behind arguably Hong Kong’s brightest young prospect, Courier Wonder (Sacred Falls), in the Sha Tin Vase Handicap (Gr 3, 1200m) back in May.

“Duke Wai was consistent all last season,” Purton said. “He’s quite high in the ratings but he gets into the race on a decent enough weight and if he can draw a nice enough gate, he’s not without a chance. O’Sullivan’s horses generally take a run or two before they find their best but he had a lot of runs last season so he’s just had a bit of a freshen up really and hopefully he’s ready to go.”

Purton is certainly ready to go: eager to get back to the business of locking horns with Joao Moreira to break the tedium of the incessant rainfall at the end of a second summer confined to a Covid-forced Hong Kong staycation.

Last season, Moreira ended Purton’s run of consecutive championship victories at three when he posted 157 wins to the Australian’s 125. Prior to Purton’s hat-trick of titles, Moreira had nailed three on the bounce himself and no one else has had a look-in since 2013 when Douglas Whyte landed the last of his phenomenal 13 premierships in a row.

It is difficult to envisage anyone outside of the big two emerging as a challenger this term, with Teetan and Ho likely to remain the best of the rest. Luke Ferraris brings some freshness to the ranks but even with his arrival being a return to his childhood home, it would be a huge stretch to think he could break into the top four, with the likes of Alexis Badel and Matthew Poon having established solid platforms from which to advance.

Purton, 38, is wont to downplay his chances when talk turns to the premiership but there is a sense that his preparations for this campaign have him in a solid spot to mount a strong challenge to Moreira’s crown.

“I’d have liked to have been given a more positive feel from a couple of the trainers, I’ve just been having to graft away a little bit more than what I was hoping to but it can be like that at the start of the season. It’s not until horses start racing and you get going that things start to work themselves out a little bit. I’ll take it meeting by meeting and see where we end up,” he said.

Moreira will be favourite to retain the title but Hong Kong’s racing scene is particularly fickle. Loyalties are brittle and their importance ranks behind a paradoxical blend of hard pragmatism and baffling superstition. Nothing can be taken for granted.

The Brazilian got off to a flying start last term and held the ace of being the main go-to for the top two trainers, Caspar Fownes and John Size, and his ‘Magic Man’ soubriquet is still iconic in the minds of plenty of owners who relish the thought of Moreira riding their horse. But Purton’s name carries weight, too, and he is a shrewd operator, a master at working behind the scenes to connect with owners as he angles to secure the rides that count.

Purton’s well-documented fall-out with Fownes ahead of last term swung the advantage Moreira’s way. It is difficult to imagine that Purton and Fownes – who should be well-placed to mount a sterling defence of the champion trainer title – will not patch up their differences at some juncture in the upcoming campaign, given their long association. And then there is his developing relationship with Hayes.

“We’ve spoken about it and obviously you need to continue to get results, but we’ve had a lot of luck together so far and we seem to work well together,” Purton said of the Hayes connection, which could yet fill the gap in his armoury left by John Moore’s enforced retirement.

The fanfare that rang out this time last year surrounding Hayes’ return to Hong Kong after 15 years at Lindsay Park faded quickly to an off-key parp when the handler struggled to find winners through the first seven months of the season, registering only 14 from September through March. He doubled that tally with a splurge in April and May and a further four wins through to the season’s end in mid-July gave him a tally of 32 to finish 14th in the premiership: an OK return but a long way shy of his anticipated top-six finish.

Hayes has stated elsewhere that he has set a target of 65 wins for this season. That is another bold prediction and one that could go either way.

On the positive side, he has the backing of some of Hong Kong’s most prominent and biggest-spending owners – the likes of Edmond Li, the Siu family, the Woo family, Albert Hung and the Li family. He has a full stable of 70 horses and access to the Conghua facilities, and among his large batch of unraced and lightly-raced young prospects he has a potential star, the unbeaten five-time winner Fantastic Treasure (Written Tycoon).

“He’s got a lot of nice young horses coming through and he’s also got the horses that have had the benefit of racing through last season and can go on with it again this season. I believe he’s going to have a strong enough stable and he’s a stable I’d like to work more with if I can,” Purton noted.

But Hayes’ assertion and reiteration of his view that the trainers he is up against now are more or less the same as 15 years ago is wide of the mark and raises a concern that he may not have an accurate handle on the opposition or the post-protest dynamics at play within Hong Kong society, notably the quiet embracing of a Hong Kong brand of Chinese nationalism within the city’s establishment elite.

The local trainers are successful, too, and that has brought all-important kudos. Ricky Yiu and Dennis Yip have championships under their belts, Danny Shum is a consistent force, Frankie Lor has emerged as a trainer to reckon with and Me Tsui invariably delivers good numbers.

And perhaps the most striking evidence is that Francis Lui has emerged as a top-tier trainer with a bona fide champion in his stable. In years past, Golden Sixty (Medaglia D’Oro) would likely have transferred to an expat when he started showing elite potential, as happened when Ambitious Dragon (Pins) moved from his stable to Tony Millard. Hong Kong’s native-born trainers are en vogue and deservedly so, several having benefited from observing the likes of Moore, Size and the late Ivan Allan.

Even the reality that Hayes was unable to take a lot of stable transfers and improve them to provide a bedrock for a successful first season shows that times have changed. That would have been the obvious quick-and-easy approach a decade ago – benefit from the failings of seemingly lesser-skilled trainers – but nowadays the local Hong Kong trainers generally are more adept at their trade.

The gap has narrowed between top and bottom and, just as the lower reaches of the premiership are no longer the near-exclusive domain of the Hong Kong-born trainers, neither is it the case that expats will dominate the higher echelons. Hayes is in a blessed position but he will have to work tirelessly to establish a top-six foothold, past champion or not. If he does not, expect to see horses transferred out.

It is similar in the jockeys’ ranks, with the emergence of local lads Ho, Poon and Chau, bolstered by Group 1-winning riders Derek Leung and Matthew Chadwick.

Purton knows from his 14 years in Hong Kong that complacency or miscalculation will lead to failure. He, like anyone else striving to succeed on the cutthroat circuit, is only as good as the results indicate. If Hayes starts firing, Purton will be among those banging down his door, if not, he’ll look elsewhere, and it works the other way too.

That being so, when Purton says “I’m well enough placed at this stage, we’ll just see what happens,” take that to mean he is ready to make and take every chance he possibly can to try to wrest back the premiership.