Race fillies to be in demand at Tattersalls December Mare Sale 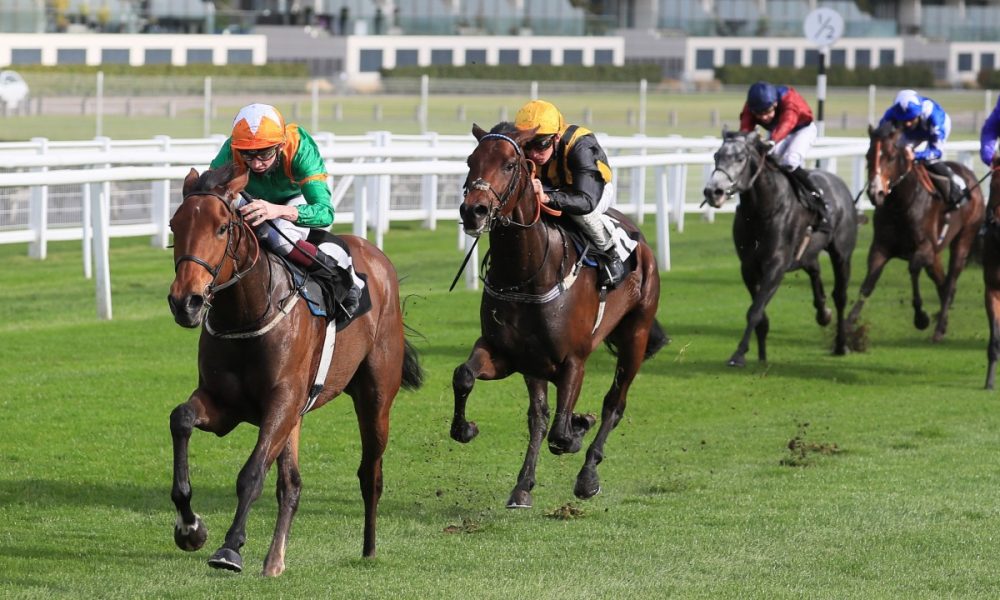 Buyers perusing the Tattersalls December Mare Sale catalogue this year will notice a colourful difference to its pages, with the auction house sprucing up the sale’s structure with the introduction of Sceptre sessions to further highlight the high-end fillies and mares offered at the northern hemisphere breeding stock sale

The sale, which takes place from Monday, November 28, through to Thursday, December 1 at Park Paddocks in Newmarket, will be the latest litmus test of Australasian buying power, which has already seen antipodean buyers purchase 17 per cent of the gross of the Tattersalls Autumn Horses in Training Sale in October, while also coming away with purchases from the Fasig-Tipton and Keeneland Breeding Stock Sales in the USA earlier this month.

The tinted gold lots offered during Tuesday’s Sceptre sessions, a mimic of the successful Inglis Chairman’s session of elite mares and Fasig-Tipton’s ‘Night of the Stars’, could well capture the attention of Australian breeders, with the timing of the December Mare’s Sale lending itself, in particular, to those lots offered that hold the prospect to race for Australia’s riches over the next nine months, before entering the breeding barn next spring.

Australia has three Group 1 races under a mile which are restricted to fillies and mares. Europe has none.

The Coolmore Classic (Gr 1, 1500m) at Rosehill in the autumn is the first such race, followed by the Robert Sangster Stakes (Gr 1, 1200m) in Adelaide and the season-ending Group 1 Tattersalls Tiara (1400m) at Eagle Farm in July. Buyers could be further tempted by the October scheduled The Invitation (1400m) at Randwick, a race now in its second year which hands out a $2 million carrot and was won last month by Tattersalls December Mare Sale graduate Promise Of Success (Dansili), who was purchased by Rosemont Stud and David Redvers for 27,000gns in 2020.

She is joined as a notable graduate of the sale by the Maddie Raymond-trained Group 2 winner Turaath (Oasis Dream), a 35,000gns buy for John Nichols from the same year.

Baroda Stud will offer five fillies and mares in the glitzy Sceptre sessions, including Group 3 winner Statement, a daughter of Lawman (Invincible Spirit), whose trainer Joseph O’Brien believes has the propensity to target one of the fillies and mares Group 1 races Down Under.

An improving four-year-old, Statement, who herself is out of the stakes-placed Fact Or Folklore (Lope De Vega), has won her last two starts including the Concorde Stakes (Gr 1, 7.5f) at Tipperary and Cork’s Navigation Stakes (Listed, 1m).

“She’s a very exciting racing prospect who I believe is still improving and has her best days ahead of her,” O’Brien said. “She’s got plenty of gate speed and a fine turn-of-foot and attitude.

“There are a couple of big races coming up in Sydney in March and April and I believe she is tailor made for them. Being by a son of Invincible Spirit and out of a daughter of Lope De Vega she has huge international appeal as a broodmare too.”

Baroda Stud’s Padraic Gohan believes the new Sceptre initiative is a positive step from Tattersalls in shining a light on the best credentialed fillies and mares on offer.

“I think it can only be a positive addition,” he said. “The global market comes to Newmarket for the December Sale in any case, but the fact that more limelight is shone on certain fillies and mares can only be seen as a positive.

“Statement would have pride of place in any consignment and it is a great privilege for us to have been entrusted with consigning her at the inaugural Sceptre Session at the Tattersalls December Sale.

“She is a very sound filly that has shown her best form this year and there is every indication that she would prove effective racing on globally, and in particular, in Australia.

“She is a very attractive physical that holds huge appeal for breeding when her racing days are over and it would be the envy of any breeder to be in the position of planning her matings for years to come.”

“She’s another one that will appeal. She’s a Listed winner this year and holds some good racing form at two years old as well,” Gohan said. “She’s by Caravaggio who will be familiar with the stallion having shuttled down there for a season.

“We’ve had plenty of interest [from Australian buyers] via email and on the phone and there’s definitely appeal to them … it’s predicted that there’ll be a lot of Australians here while there are plenty of agents acting on their behalf.”

One such agent will be Johnny McKeever, who will switch his attention from this week’s yearling and foal sales to next week’s breeding stock offerings. McKeever has often acted on behalf of Australian-based clients at Tattersalls sales, and predicts demand to be strong from antipodean buyers, but believes they will have to stump up the cash to come away with some of the sale’s prized assets.

“I think the good horse will sell at its value no matter where it’s placed in the catalogue,” McKeever said of the addition of the Sceptre Session.

“I think it generally does help the horses that have been selected into the Sceptre session to have their pedigrees enhanced and photo added into the book. But even if you hide something that’s very good in the darkest part of the catalogue everyone will find out anyway.

“There will be a number coming [from Australia] and I’ve been contacted by several [Australian buyers] myself. The way the domestic market is, I suspect they’ll struggle to get heavily involved. There’s got to be a bit of value in it for them, I don’t think they’ll come here and purchase indiscriminately, but undoubtedly they’ll be looking for a certain type of filly that can carry on racing and then be a broodmare later.”

A total of 1,061 fillies and mares are catalogued for the Tattersalls December Mare Sale, with the first of four days getting underway on Monday. Click here for the full catalogue.