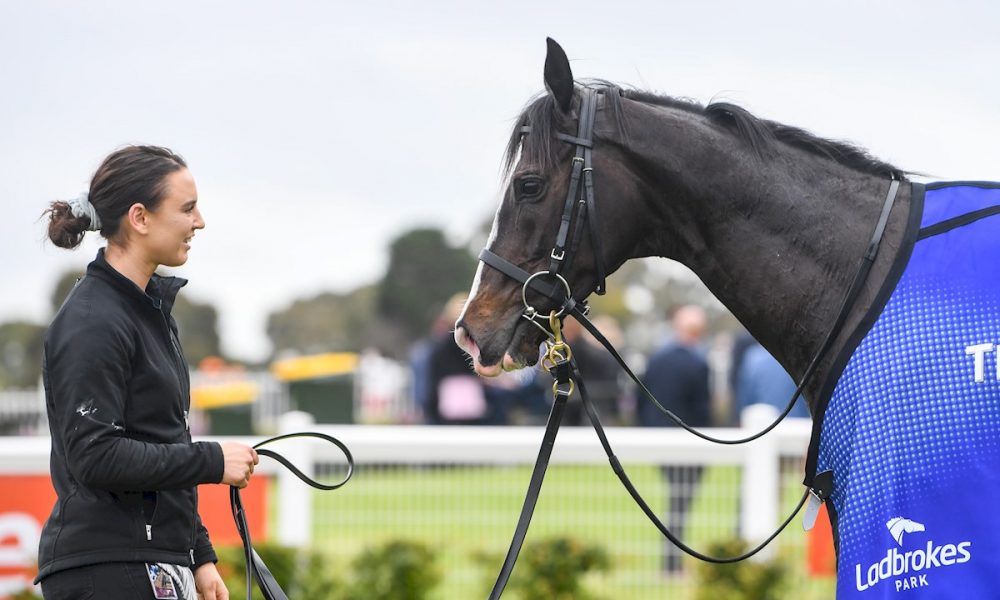 In the depths of winter, training, riding and managing any type of horse is challenging and expensive.

In the thoroughbred world, the off season is a prime time for decisions to be made to either race on or breed.

Some put the cue in the rack and truck loads of horses are offered on the market in some capacity, or, they might be lucky to be placed into the care of someone willing and able to provide them with a “forever home”.

This all sounds straightforward and easy, right? Well, it’s not.

In this animal welfare conscious world we live in there’s now more emphasis than ever on rehoming as many thoroughbreds as possible. This is all lovely but the reality is this is causing a huge set of problems and perception issues for the industry.

A case in point being the very public and controversial online sale of Group 3 winner Pacodali (Paco Boy) last week.

Long story short, his owners, who live in Ireland and are not in a position to care for him, decided to move the rising nine-year-old on. They directed his trainer Maddie Raymond to post an ad for him on the Inglis online sales platform.

A racing fan soon discovered he was available for sale there and expressed his disgust via Twitter. He could not believe that a veteran racehorse who had earned his connections more than $650,000 in prize–money would find himself in an online auction. Without knowing or understanding the full story behind the decision, he felt the horse deserved better.

His tweet started a raging bushfire of opinion and even inspired Musk Creek Farm manager Scott Williamson to start a GoFundMe page to raise money to look after the horse.

Hi everyone. As many of you are aware Pacodali is for sale online. He is rising 9 years old and has been a great horse. I’m hoping to help secure him to ensure he gets the post racing life he deserves. My wife and I have a lovely property where we would keep him and retrain him to whatever discipline he is suitable for. He deserves a happy and relaxed life after racing and if anyone is able to help us give that to him we’d greatly appreciate it.

All funds raised will be for purchase and in the event there’s excess funds this will go to purchasing feed and rugs for him etc.

We would then happily keep everyone updated on his progress.

In the end Williamson got caught in a nasty social media cross-fire and decided to shut the page down and drop the hot potato.

Eventually, the horse sold for $10,000 through Inglis to Gilgandra–based trainer Bryan Dixon who wants to try and win the Birdsville Cup with him. Dixon said if he’s not fit for racing then he will retire him and hand the reins over to his daughter–in–law who will try her hand at turning him into an equestrian horse.

What a great outcome and good luck to everyone involved. For good reason, they will need every ounce of it because Pacodali has more problems than the early settlers.

He’s had arthroscopic surgery on his fetlocks twice and kissing spine surgery and was listed as a bleeder in the advertisement. One more bleed and he’s banned from racing for life. They’ve taken a big gamble. And adding to all those woes is the fact that he’s renowned for having some pretty serious behavioural issues. He will be a handful to transform into an equestrian prospect.

And this fast tracks me to point out that, on average, more than 14,000 thoroughbreds are bred in Australia each year. Data tells us that very few make it to the race track let alone win. So where do the slow, unsound and or ill mannered horses go?

Having worked with off the track horses since my early teens I learned from a young age that not all are suited beyond the purpose of what they were primarily bred for.

Not only that, there are only a select few people in this country that have the skills, experience and facilities to be able to effectively rehome them.

The subsequent “wastage”, as it has been crudely termed, ends up in doggers pens, incompetent hands or left to wither away in a paddock somewhere without proper feed or care.

Racehorses are so institutionalised from birth that they lack some natural ability to survive being cast out into vast open spaces. I have seen this first hand. The popular theory that finding them a big grassy place to spend the rest of their days is the best future for them is, frankly, pie in the sky stuff.

In recent years Racing NSW has been buying up huge parcels of land to house unwanted racehorses. There are hundreds of them now scattered in paddocks. Big herds, some a little lost and confused and having to be hand fed because the pasture has been so over grazed.

To a real horse person this is not the answer to re-purposing the thousands of thoroughbreds that are bred annually because we all know that eventually space and funds will become limited.

Then what? Sool them into the hands of incompetent men and women that have been kidded that every thoroughbred makes the perfect horse to plod around on or win ribbons with? More often than not that ends in disaster and the poor horse is cast onto a slippery slope to a bad end. Dumped or starved or snuck across borders to a knackery.

Very few, if any at all, make it to the heavily promoted Off the Track competitions around the country. All the marketing and promotion wrongly tells us that thoroughbreds are the best thing since sliced bread. Some are, but many are not. The rigours of racing send plenty over the edge mentally and physically to a point of no return.

Meanwhile, the racing PR machine keeps working overtime to lure the next owner or breeder in and fails to spell out these things.

And as the bills keep pouring in during and in some cases long after their horse’s racing journey, owners that have been hooked by all the spin become disheartened and want to rid themselves of the burden quickly. Especially in these uncertain economic times.

In recent years authorities have clamped down and made owners and trainers more accountable for what happens after their investment finishes racing. What about the breeders? I wonder what those that have profited enormously during a record–breaking sales season are throwing in?

Granted, some stud farms are doing their bit to provide after care for horses. But more broadly, the fact is, they are not. Right across the industry there is a lot of smoke and mirrors when it comes to the whole off the track concept.

And often, like poor Maddie Raymond, it’s the middle man or woman, the trainer who has a business to try and run, that gets left holding the baby. Literally.

The buck should really stop with the owners. Pure and simple. And, the onus is ultimately on the industry and the decision makers controlling the direction in which management of the welfare of ex-racehorses is headed.

They must face the fact that the majority of ex-racehorses are not going to become champion equestrian horses, the next Subzero (Kala Dancer) or live out happy lives galloping around lush paddocks until well into their twenties.

That’s idealistic and wrongly fooling the average race fan who, with all respect, doesn’t understand the ins and outs of managing horses, into thinking it’s how things should be. A bit like the person that inadvertently started world war three on social media last week over the online sale of Pacodali.

There are lots of people getting hysterical and throwing stones over welfare but where are they when it comes to stumping up the money, time and effort to fuel the ravenous appetite of a thoroughbred, make sure its feet and teeth are well cared for and that it’s regularly wormed, amongst many, many other things.

As a true horse lover with a paddock full of them including two thoroughbreds that have taken nearly 12 months to get to a point of being able to be trained for their next phase, I’d rather see a horse humanely euthanized than see it go down a path of neglect on any scale.

Pacodali is one of the lucky ones but I really can’t help but wonder how and where he will eventually end up.