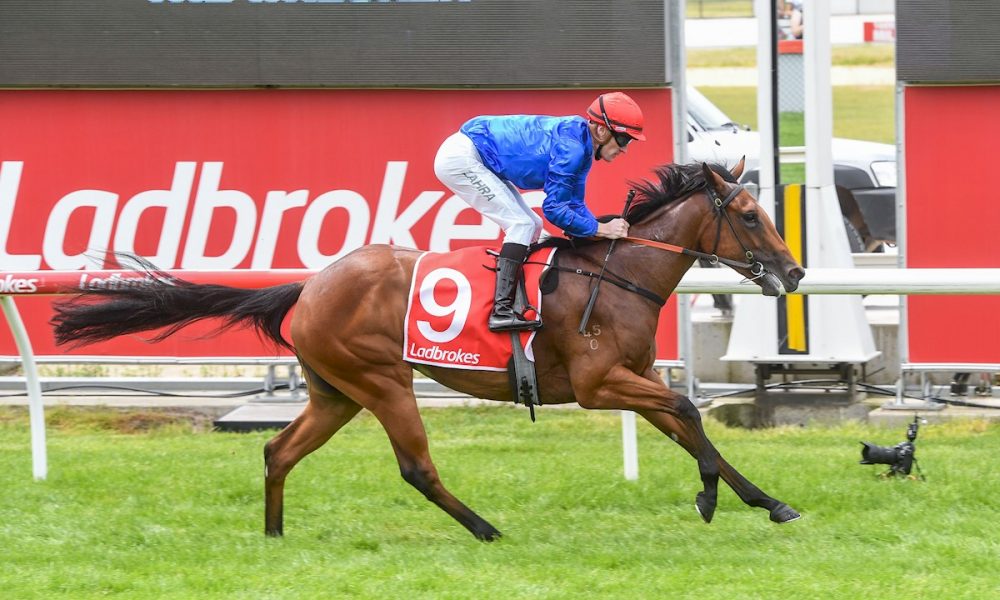 It was 18 37. Queen Victoria began her long reign. Lord Melbourne was Britain’s prime minister, and European free settlers on the north bank of the Yarra had, two years earlier, named their township after him. Charles Darwin had just published his history-changing work on the origin of all species and, south west of London at the Royal Stud at Hampton Court, a filly was born who’d play a huge role in the evolution of one species in particular – the thoroughbred.

Pocahontas was by Glencoe out of Marpessa, who was from the Byerley Turk line, and foaled a mere 148 years after that foundation stallion. Sold with her dam when the Royal Stud was wound up by the new monarch – Victoria, Queen of the Fun-Stoppers – Pocahontas was well conformed but tiny, growing to be only about 14.3 hands, according to historical accounts.

She also wouldn’t win a race in nine attempts, albeit in top-flight races like the Goodwood Cup and the Cesarewitch Handicap. But within her compact frame lay something truly special: she is believed to have been the starting point for the gene which has provided some of racing’s greats with an inordinately large heart.

The world-leading research on plus-sized hearts came in the 1990s from American author Marianna Haun, who wrote three books on the subject. She identified that the generic trait for an oversized engine-room was carried in what she called the “X-factor gene”, and determined that this had originated when a gene mutated in Pocahontas.

Stockwell – named for the village near her owner’s stud, now a part of South London – is a colossus of the breed through his direct male line descendants Phalaris, Nearco and Native Dancer.

Another thing about Pocahontas is, being born in 1837, she appears in pretty much every pedigree in existence today. And Haun’s X-factor gene can’t appear in every horse, or else all hearts would be massive. Instead, breeding being the maddeningly unpredictable science it is, the gene of course bobs up randomly.

But it is felt to have appeared – with as much certainty as can be attained – in these three champion Pocahontas descendants: Phar Lap, Secretariat, and Makybe Diva, all of whom come from Stockwell lines.

Phar Lap’s heart – at 6.2 kilograms well above the average of 4 kilograms – was of course so famous it holds a treasured place both in a museum and in the Australian lexicon. The Red Terror had Pocahontas no fewer than 19 times in his pedigree.

Secretariat’s heart was estimated, via autopsy, to weigh around 10 kilograms. Makybe Diva is still with us, but her deep girth and her extraordinary powers of recovery post-race led those around her to conclude her heart, like her three Melbourne Cups, stood her out from the crowd.

Phar Lap’s enormous stamina helped him win at up to 3200 metres, a distance at which Makybe Diva of course excelled. Secretariat only won at up to 2615 metres, but did sire Kingston Rule, whose time in winning the 1990 Melbourne Cup still stands as the record.

All of which means we can finally get to the subject of today’s pedigrees column – a two-year-old filly who scampered over 1000 metres to win at Cranbourne’s metro meeting last Saturday.

Remedies (Sepoy) scorched the turf on debut in the time-honoured Rhino The Wrecker 2YO Plate, crossing from the outside gate of eight to lead and win by three-and-a-half lengths, virtually untouched by Mark Zahra, to emerge as a late but very bright star among many this spring for Godolphin.

It seems unlikely she’ll get the two miles, although nothing is certain, but there is at least one interesting quirk in her pedigree.

She’s out of the outstanding sprinting mare Virage De Fortune (Anabaa), winner of five stakes races including the Group 1 QTC Sires Produce (1400m) of 2005, and Moonee Valley’s Australia/William Reid Stakes over 1200 metres in 2006. She was placed in two other Group 1s, including a second to another certain breed-shaper, Snitzel, in an Oakleigh Plate.

In keeping with her speed form, the Segenhoe-bred Virage De Fortune became Australia’s highest-priced thoroughbred in history when sold to Darley for $3.4 million at the Inglis Australian Select Broodmare Sale of 2007. But in keeping with this aforementioned inexact science, she hasn’t lit up the breeding barn like she did the racetrack.

Her first five live foals were by heavy hitters in Redoute’s Choice, and then Darley’s Exceed And Excel (two), Street Cry and Lohnro, and they won four races between them.

Sepoy, who shuttled six seasons to Britain and Ireland, has now been retired, aged 14, to live out his days at Darley Northwood, having sired 22 stakes winners from 707 runners worldwide. They include two Group 1 winners in Alizee – who won three of them for Godolphin, up to 1600 metres – and Salute The Soldier, who claimed his Group 1 over 2000 metres in Dubai.

Still, despite their individual lack of success at stud, Virage De Fortune and Sepoy do appear to have made more than the sum of their parts when put together.

Their first mating produced Subedar. He showed considerable talent for Godolphin, winning his first two starts in the winter of 2019, then placing second in the spring in the Listed Dulcify Stakes (1500m) and Group 3 Gloaming Stakes (1800m) at his fourth and fifth start, before a superb, fast-finishing fourth in Super Seth’s Caulfield Guineas (1600m).

Virage De Fortune had, in the interim, thrown a maiden winner by Exceed And Excel, but it was little wonder that in the same month as that Caulfield Guineas, she was sent back to Sepoy. The result is Remedies, in whom Godolphin understandably has high hopes, with her immediate target being the Blue Diamond series after her current spell.

Now 20, Virage De Fortune has also seen her last offspring – a yearling colt by Impending. But if her best pair do end up being Subedar – who won four from ten in a brief career – and Remedies, it of course leads to questions of why she worked well with Sepoy. The answer could go back to 1837.

Aside from four appearances from the near-ubiquitous Natalma, the stand-out recent mare duplication in Remedies’ pedigree is her 6Sx7Sx7D of US blue hen Somethingroyal.

A 1952 throw, she was by noted large heart progenitor Princequillo. Yes, they both descend from Pocahontas, and Somethingroyal’s capacity to pass on that X-factor large heart gene is writ large in the fact she was the dam of none other than Secretariat (Bold Ruler). Importantly, for he was a better damsire than sire, Secretariat is the damsire of Gone West (Mr Prospector), sire of Sepoy’s dad Elusive Quality.

The USA’s broodmare of the year in 1973, Somethingroyal also showed her impact by throwing First Family, a stakes winner who sired Hoyo Boy, winner of two major Group 1s in Japan in the Arima Kinen of 1980 and the Tenno Sho in 1981.

Somethingroyal is a handy mare to repeat in a pedigree. She also appears three times – again through Sir Gaylord twice and Secretariat as a damsire – in the pedigree of Jungle Magnate (Tarzino), the impressive South Australia Derby victor who last week made a winning debut in Hong Kong (as Beautyverse). Somethingroyal also appeared twice, close up at 4Sx4D, in the pedigree of outstanding early 1990s stayer Veandercross (Crossways).

For good measure, her big-hearted sire Princequillo is there five times in Remedies’ bloodlines – 7Sx8Sx7Sx8Dx8D – through Somethingroyal’s three spots and via two sons: Dedicate, a US champion older male horse of the late 1950s and handy sire, and Prince John, who had a ten per cent stakes winners to live foals ratio, and was the damsire of Riverman, Makybe Diva’s damsire.

Where all these stayers put us in regard to Remedies could remain to be seen. But it’s fair to suggest there’s a high-class factor running through it all, and don’t be surprised if she can excel over more than a sprint, and emerge as one of Godolphin’s finest in the next few years.

“All the way through, from when she was born, to foal, to weanling to yearling, and now as a two-year-old, she’s been a very forward, precocious type, and one we knew we could get to the races pretty early,” Godolphin’s managing director Vin Cox tells It’s In The Blood.

“She was super last Saturday, and it wasn’t unexpected. To be honest, we were a little disappointed she got balloted out of the Ottawa Stakes on VRC Oaks day, when she was third emergency and didn’t get a run. She could have made it very interesting.

“She should be pretty quick – she’s by one of the best sprinters of all time, out of an outstanding sprinter. Granted, Sepoy didn’t quite hit the heights as a sire, but after we saw Subedar we decided to go back to the well by putting Virage De Fortune to him. So far it looks to have worked well.”