Reward For Effort loses battle after complications from surgery 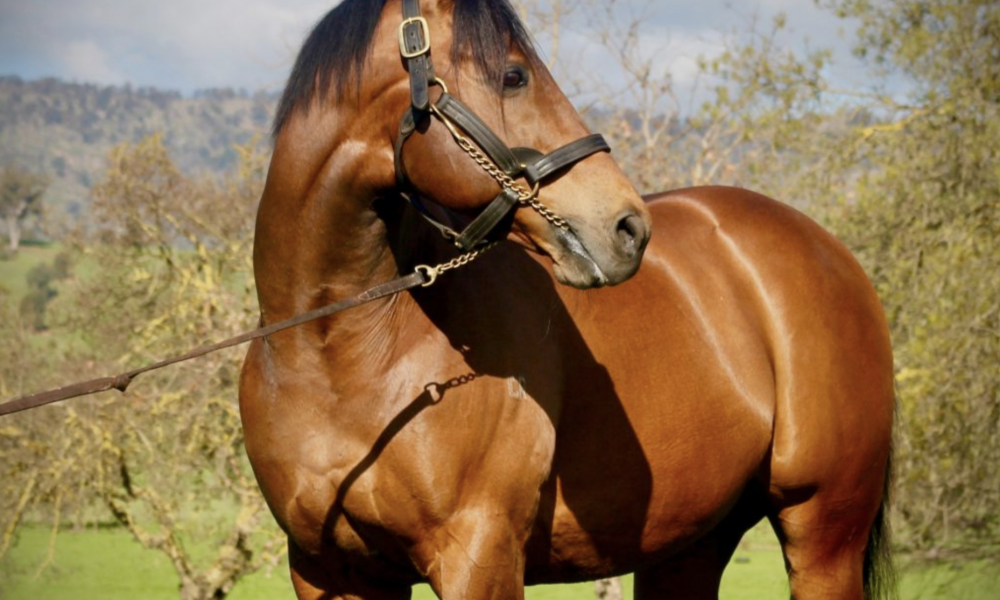 The fifteen-year-old Victoria-based stallion, who has sired eight stakes winners from modest beginnings in the breeding shed, had recently endured a tumultuous period at stud, having only been transferred from his long-time home of Chatswood Stud at Seymour to nearby Larneuk Stud in late October after Greg and Nic Willis’ thoroughbred operation was placed in the hands of administrators.

“We can’t be any more thankful for what the horse did for us here at Dynamic. It was just wonderful and it happened at the right time for us, too, because we’d just gone out on our own,” Dynamic Syndications principal Dean Watt told ANZ Bloodstock News yesterday.

“Trying to find the right horse is very difficult, so when he crossed the line in the Blue Diamond was an absolute dream. Watch now, he’ll come out and have stakes winners, as is always the way.”

Bought by Watt for $190,000 at the 2008 Inglis Premier Yearling Sale, Reward For Effort was sent into training with Peter Moody and the colt made an immediate impression for the then leading Caulfield-based handler.

The son of Exceed And Excel (Danehill), the half-brother to stakes winner and Group 1-placed Consular (Royal Academy), won his first start, the Blue Diamond Preview (Listed, 1000m), in January 2009 and, after splitting Real Saga (Tale Of The Cat) and Starspangledbanner (Choisir), in the Prelude (Gr 3, 1100m), he was able to win the Blue Diamond at his third start.

“One thing that probably upset us the most was that we hit the Golden Slipper on a Heavy 10, the year Phelan Ready won it,” Watt said.

“That Exceed And Excel breed really do struggle on it and, unfortunately, we copped a Heavy 10. We hit the front at the turn, but his legs were just spinning. He ended up running seventh that year, beaten four and a half lengths. That was one that got away on us.

“(Jockey) Luke Nolen said he was on the winner, but he just couldn’t get traction.”

A suspensory injury ended plans for his spring and autumn campaigns as a three-year-old but he returned in July 2010 “as fat as a fool” to win the Sir John Monash Stakes (Listed, 1100m) after 15 months between runs. He also won the Concorde Stakes (Gr 3, 1100m) and was third to Hay List (Statue Of Liberty) in the McEwen Stakes (Gr 3, 1000m).

In a sign of how much the industry has evolved in the past decade, Watt revealed Reward For Effort’s owners struggled to find him a home for him at stud when the call was made to retire him after just ten starts, his last being when unplaced in the 2011 Oakleigh Plate (Gr 1, 1100m).

“Honestly, times have changed so much. It was back when Exceed And Excel himself was a bit quiet and people were questioning the ability of his sons going to stud, so the reality was that we found it very difficult to find a home for him and we were thankful to Chatswood Stud who put their hand up and secured a portion of him,” Watt said.

“We were finding it difficult and, of course, as soon as he had numbers (racing well) the big studs came calling and they wanted to have him transferred up to the Hunter Valley.

“We couldn’t do that as it wasn’t the way the syndicate had been structured, and not that we would have done it anyway because loyalty’s a big thing in this game, so his home was always at Chatswood Stud.”

Reward For Effort, who was withdrawn from service on November 10 because of the abscess, to date is the sire of eight individual stakes winners led by Group 3 scorers Gold Symphony, Ability, Take Pride and Brugal Reward.

He was retired to stud in 2011 and commanded immediate support from Victorian breeders, covering 150 mares in his first year and more than that in his subsequent six seasons.

Reward For Effort covered 105 mares last year and it is unknown how many he served this year prior to being taken off the roster due to injury.

He became a prolific winner-getting sire with 339 of his progeny winning a total of 969 races so far and has accumulated $34.18 million in progeny earnings.

“From his point of view, he was a well above average horse because he was the leading sire of winners down in Victoria for many years. The reality is, of course, unless you’re standing at the highly commercial stud where you’re getting access to the best mares, it’s really hard for a stallion to make it,” Watt said.

“He kept upgrading his stock, which was fantastic given the mares he covered. Seriously, some of them shouldn’t have been in the Stud Book, but he did it and he made them raise their standard and that’s always the sign of a good stallion.”

“All of us at the farm and the shareholders in the horse are absolutely devastated. (Reward For Effort) really made an impression with us from the short time he was on the farm and it’s also a tremendous blow to Victoria’s breeding industry,” Murdoch said.

“Not only has he produced a lot of winners, I’m absolutely convinced the best was yet to come.”

Watt, in paying his tribute, finished with: “The flag is at half mast here at Dynamic simply because he was a headline horse for us in the earlier days. It is sad to say goodbye.”