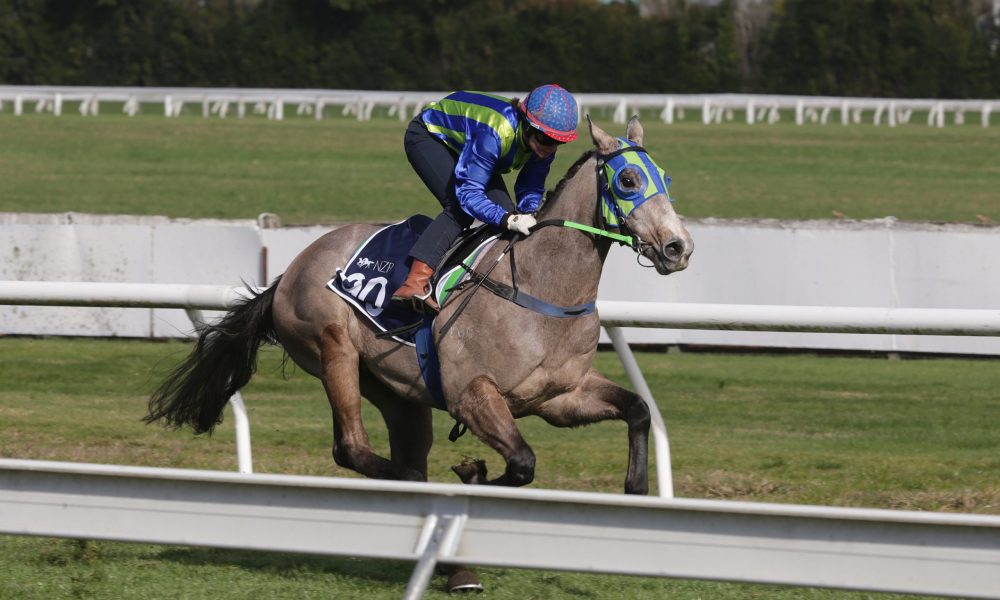 That song about the old grey mare doesn’t speak too fondly of her, reminding the listener – again and again – that “she ain’t what she used to be”.

But in the case of the unbeaten Riot And Rose, old grey mares have served the pedigree particularly well.

The gelding, himself a flashy grey, has bounced back from early adversity – he was hand-reared at Waikato Stud after losing his mum at four weeks – by winning all three races in his first campaign, capped by a 1600-metre three-year-old handicap at Caulfield last Saturday. Once back from a well-earned spell, he looks set to continue the bountiful partnership of trainer Peter Moody and syndicator Wylie Dalziel.

What stands out about Riot And Rose’s pedigree is it seems to have been aged like a fine wine.

Only three columns in, third dam Tautina was foaled way back in 1968, only a year before the 51-year-old Moody himself. She bore Riot And Rose’s second dam Just For Luck when 17 in 1985. In turn, Just For Luck had the dam, Lasting Luck, also as a 17-year-old in 2002, and Lasting Luck threw Riot And Rose, the last of her eight named foals, at 15.

For that matter, Riot And Rose’s male line also has some decent longevity. Third sire Lunchtime was a 1970 drop, before Snippets in 1984, and lastly Pins in 1996, who left Riot And Rose aged 21.

“They certainly endure pretty well,” Dalziel tells It’s In The Blood. “It’s an older style family. We’ve had a bit of luck with other horses like that, where you’ve got to go back a fair way in years for not many generations.”

Dalziel might not have acquired Riot And Rose simply because he liked the progeny of old grey mares, but his colour was a factor. The man behind Wylie Dalziel-Roy Higgins Racing has always been a fan of greys.

“I’d had a few that didn’t kick on, so I was very keen to get a good one. It was on my bucket list,” he says. “A lot of people do like grey horses, because they’re beautiful. OK, they can be easier to sell for that reason, but while we do try to buy nice types over those sorts of factors, I did still want a good grey.”

Whether Riot And Rose can achieve like the likes of Schillaci, Chautauqua, or everyone’s favourite grey, Subzero, is dreamtime thinking, but so far he’s making a very good fist of things for the team that fortunately snared him from New Zealand.

Bred by Kerrie Cox and Angelique Bridson, who both worked at Waikato Stud, Riot And Rose had been bound for Hong Kong. He won a Te Rapa trial and the deal was almost done, before it fell through when x-rays picked up a slight knee ailment.

“I rang the vets over there and they were confident if we gave him a bit of time the knee problem would clear up,” Dalziel says. “That trial win over there was very impressive. I liked the fact he looked like he had more to offer, since he looked a bit immature.”

After some spelling and maturing following his arrival in Victoria, Riot And Rose’s racing career was delayed again by a cut to a leg. This at least enforced still more time for maturation in a paddock, which evidently has helped make him the exciting prospect he is, having won as a short favourite at Moe, Pakenham synthetic and Caulfield.

There’s not just longevity in his pedigree, but class as well. Suiting Moody down to the ground, there’s a good patch of his home country – Queensland – in the maternal half.

Tautina was the first of the grey mares, acquiring her colour from sire Lumley Road (GB). Though nothing special on the track, Tautina was a prodigious producer who threw 15 named foals. The ninth began a run of seven straight foals by Semipalatinsk (USA) – who Queensland breeding legend Colin McAlpine boldly imported after he’d won stakes races in Italy – and kicked off the sequence of foals in style. Named Just Now, she won the 1986 AJC Oaks and VRC Turnbull Stakes.

Just For Luck left eight named foals, the seventh being Lasting Luck, by Iglesia, who won five in Queensland, including two in Brisbane, before Waikato bought her in 2007.

After six foals, three of them by resident stallion Pins, Cox and Bridson acquired her, and knew where to send her.

“We’d always been big fans of Pins,” says Cox, who was Waikato’s bloodstock manager at the time, while Bridson handled marketing. “We thought he was one of the most under-rated stallions around, and he was getting to the end of his career, so there wouldn’t be many more opportunities to breed from him.”

The knowledge base about Iglesia mares and Pins was shallow, making this a type mating. It seems to have worked with their first cover by Pins, another grey mare named Vincere who fetched $NZ115,000 as a yearling and has won two from six. It also clearly worked with Riot And Rose, who was to be sold to Hong Kong for a lot more.

“She was a big, roomy mare and Pins put a lot of strength into his stock, which might’ve been what she was lacking,” Cox says. “We also hoped to get a nice grey Pins, because he’d had some quality grey ones, and that’s what we got.”

Pins, the Australian Guineas winner of 2000, departed only a few months after Riot And Rose was born, aged 22. But the colt had lost his dam to illness months earlier.

“He was four weeks, so too old to foster on to another mare. We had to feed him milk and hand-raise him, so he’s very special to us. It was a team effort at Waikato,” Cox recalls.

“He was the most stunning foal born. He was big, strong, just a real good-looking foal. But when he lost his mum he went through that real pot-bellied stage. It took a long time for him to get back to what he looked like when he was a foal, but we knew at some stage he’d get back to it.”

Cox, who also thanks breaker Paul Pertab for his early education work, says Riot And Rose was “never going to be a yearling article” due to immaturity.

“We thought we’d give him the time he needs and one day he’d repay us for all the time we spent with him,” she says.

“We didn’t foresee the challenges we’d have with him, but every horse has their time.”