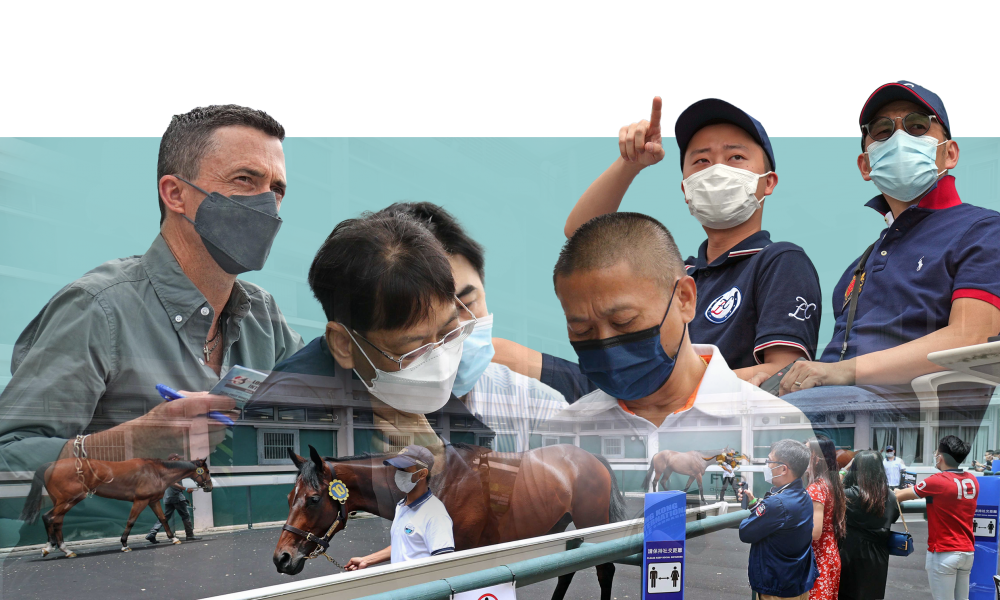 The Hong Kong Jockey Club’s new bloodstock regime in the southern hemisphere will be set for another litmus test on Saturday when the majority of its first yearling purchases in Australia and New Zealand go under the hammer at the Hong Kong International Sale.

Craig Rounsefell of Boomer Bloodstock was appointed as the HKJC’s southern hemisphere buying agent ahead of the 2020 yearling sales season and, for the bulk of his first yearlings purchased at auctions in Australia and New Zealand that year, it’s been a patient ride to reach this stage, which in some instances is more than two and a half years after they were first identified at auction.

“It’s an exciting time to see them sell,” Rounsefell told Asia Bloodstock News. “As with all horses you purchase, at the time you’re doing your best to purchase the best horse you possibly can for the future and to see these horses develop and then get to the track is ultimately the goal of the process.

“Hopefully the trainers and owners are pleased with what they get and they do well for them. That’s the ultimate satisfaction to see them do well on the track.”

In a further change to the preparation of the southern hemisphere-bought horses ahead of the HKIS, this year will be the first that they have been educated by renowned horseman Tim Boland at Limitless Lodge in New South Wales.

Boland took over the process of preparing the young horses for sale after the retirement of New Zealander Bruce Harvey last year, who had handled the HKJC’s southern hemisphere horses for over 25 years.

“It was around August or September last year when all the horses were brought over to Australia and put into the system with Tim Boland,” Rounsefell said.

“So they’ve been going through their paces with Tim and he has done an excellent job with them. It’s a bit of a different system, but Bruce did a fantastic job over a long period of time.”

Southern hemisphere-bought horses make up 12 of the 19 lots catalogued for Saturday’s sale, one which will be conducted under continued tight restrictions due to the prevailing impact of Covid-19 in the city, with a first public glimpse of their progress witnessed during the breeze-up session held at a sodden Sha Tin on Sunday.

Among the 19 horses to stride down the heavy Sha Tin turf were a pair of juveniles purchased at last year’s southern hemisphere yearling sales, including a gelding by champion Hong Kong sire Deep Field (Northern Meteor) bought for $550,000 from Tasmanian operation Grenville Stud.

Out of three-time-winning More Than Ready (Southern Halo) mare Bousquets, the colt is a grandson of Group 2 winner Downhill Racer (Danehill Dancer) and from the family of Singapore Champion Three-Year-Old Recast (Thunder Gulch).

“There was a yearling last year that I was really excited that we got in Melbourne and that’s the Deep Field colt. I thought he did exceptionally well and looks a really exciting horse,” Rounsefell said.

“Tim identifies the ones that are a bit further along in the process. It adds a bit of flavour to the sale to have some of the younger ones in there and the Deep Field and the Exceed And Excel were the two that he identified and both of them acquitted themselves really well in the breeze.”

The Deep Field gelding’s pre-sale price is only surpassed by a three-year-old son of I Am Invincible (Invincible Spirit), who posted an impressive breeze in a time of 10.76 seconds and is available at HK$4.56 million ahead of Saturday’s auction, having been purchased for AU$700,000 from the Three Bridges draft at the Magic Millions Gold Coast Yearling Sale.

“It’s interesting now just looking back at them, and it’s a fantastic bunch of horses. Obviously the track conditions, they’ve had some pretty wild weather [in Hong Kong] so it was a bit softer than usual, but I thought they all breezed up pretty successfully,” Rounsefell said.

“You can see the ones in the breeze that were the more professional ones. The I Am Invincible colt looks very exciting and I thought the Snitzel looked really solid.”

The southern hemisphere offerings are joined by seven from Europe, all purchased for the HKJC by former jockey Mick Kinane, who was appointed as agent ahead of the 2019 northern hemisphere yearling sales season. That marked the start of sweeping changes made by the HKJC in their approach to selecting horses for the HKIS, ones that have paid immediate dividends with Kinane having sourced the winner of this year’s lucrative Hong Kong Derby (Listed, 2000m) in Romantic Warrior.

The son of Acclamation (Royal Applause), who became the first HKIS graduate to win the prestigious race, was purchased for 300,000gns from Book 2 of the Tattersalls October Yearling Sale and sold for HK$4.8 million to Peter Lau at last year’s HKIS.

“I’ve had a look at the photos [of the European horses] and the pedigrees and watched their breeze ups,” Rounsefell said.

“It was fantastic [to see Romantic Warrior win the Hong Kong Derby]. It just shows that the process is working. Mick and I, we operate independently and in different jurisdictions, but we’re trying to keep that highest quality that the Jockey Club is trying to achieve.

“These horses, from the moment they’re selected, they go through such a vigorous process for selection and then they get the best training and care up until the point they are sold. So I think when you get those sort of results, it indicates that the process is working and gives buyers confidence that good horses can come out of these select sales. It’s a small sample size and good horses can come out of it.”

Two of Rounsefell’s first purchases for the HKJC went through the HKIS ring in 2021 and, although not yet on the scale of a Hong Kong Derby success, there was a notable milestone for the agent last month, one which indicates the new process has hit the ground running.