Royal Ascot: Glorious history and tradition but some changes needed 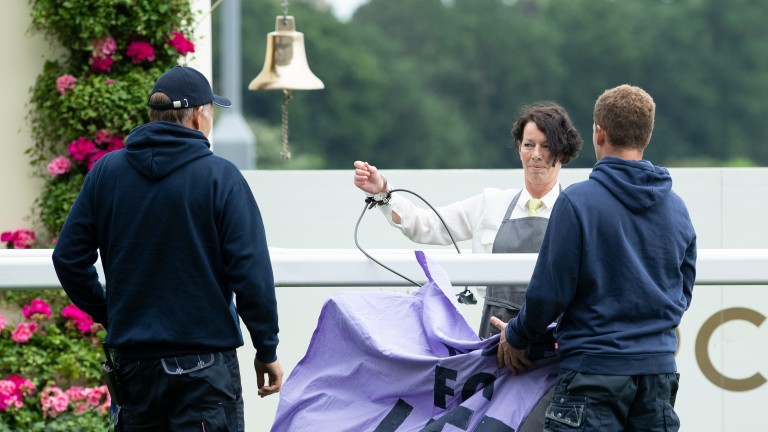 The irony of watching Rebellion, the series on the 1916 Irish Easter Rising, was not lost on me as I tried to fill in time before watching the final day of Royal Ascot from the other side of the world.

It’s a challenge to see through the five–day (night) meeting on television with the opening race at 11.30pm (on the East coast of our land). I fear the challenge of returning there, or venturing anywhere else overseas, may still be as great in 2022 so I’ve resolved – at the very least – to be in Perth and seize a two–hour advantage for next year’s Royal meeting.

Back in 1916, the British military were much slower to respond with the races to “blame”. It’s been claimed, often, that the British were slow to react because most of their army officers were at the races in Fairyhouse, on Easter Monday 1916, for the Irish Grand National.

Tim Pat Coogan, in his book 1916: The Easter Rising, wrote that rebels failed to seize their chance to take Dublin Castle because they didn’t realise that “most of the officers who might have led a resistance were gone to watch the Irish Grand National at Fairyhouse”.

The Irish National, first run in 1870, was then high on the social calendar for the British Army officers from the Dublin garrison and the members of the administration based in Dublin Castle.

The news of the rising eventually reached Fairyhouse where 25,000 people had reportedly gathered. The soldiers commandeered all available transport, leaving patrons stranded and – apparently – the National winner All Sorts to walk home to County Westmeath, about 100 kilometres away.

The first Irish National, incidentally, was won by a horse named Sir Robert Peel – almost certainly named after the dual British Prime Minister and arguably most famous of Conservative politicians. Peel’s brother Jonathan won the Derby, in 1884, with Orlando after first home Running Rein was discovered to be a four-year-old named Maccabeus.

Perhaps I digress way too much into the past but it is the history and tradition which is really key to the mystique of Royal Ascot and historical curiosities never fail to amuse.

The final day opened, would you believe, with the Irish denying Her Majesty the Chesham Stakes (Listed, 7f) as Point Lonsdale (Australia), for Ryan Moore and Aidan O’Brien, overhauled Reach For The Moon (Sea The Stars). Half an hour later, it ticked over to June 20 in this hemisphere, which was the date – in 1977 – when Sheikh Mohammed won his first race in Britain with the subsequent Molecomb Stakes winner Hatta (John Dunlop and Ron Hutchinson).

It was that same year, 1977, that Sir Michael Stoute scored his first Royal Ascot win in the Jersey. He claimed his 82nd on Saturday night when Dream Of Dreams (Dream Of Dreams) won the Diamond Jubilee Stakes (Gr 1, 6f).

For all that, the highlight of the final night was the third straight win of the David Evans–trained Rohaan (Mayson) who took the Wokingham Handicap (6f) despite carrying equal top–weight as a three-year-old and becoming the first of that age to win since 1987. A gelding, like earlier winner Creative Force, he contested this race as he was ineligible to run in Friday’s Commonwealth Cup (Gr 1, 6f) – worth three times as much – as he is a gelding.

Rohaan had previously beaten the Commonwealth Cup “winner” Dragon Symbol (Cable Bay) who was first past the post but subsequently demoted behind Campanelle (Kodiac) on protest.

“I think it’s a stupid rule, but there must be a reason for it,” Evans said.

The reason is stupid, as well as the rule, and this is one of the traditions which must change. Introduced to protect the quality and sanctity of the breed all it does is shelter it, if not diminish or disguise it.

Counter arguments have raged for more than 100 years. This, from a racing commentator in 1899: “we want to see the best horse win, be it stallion, mare or gelding. If a stallion, then all the more credit to him, and the more worthy will he be to breed from. To exclude geldings from our principal races, and thereby limit the number of competitors, would have the effect of lowering our racing standard by making these races much more easy to win and this is, I think, the very thing we wish to avoid.” Hear, hear.

Dragon Symbol, of course, was the centre of one of the week’s keenest talking points when he had his Group 1 taken from him – a massive penalty for all concerned given his stallion potential.

I’d have dismissed the objection but I’ve not seen any head-on vision and couldn’t reasonably argue that a great wrong had been perpetrated. However, there is always a sense of injustice when the first home does not retain any race.

This is another area of racing which demands some modernisation. While any judgement will always be subjective, a basic set of guidelines for adjudication is overdue. Benefit of the doubt should certainly be one of them as nobody wants stewards to play God in marginal calls. Significant contact should be another.

Earlier in the week, the controversy centred on Stunning Beauty (Shamardal) when she was declared a runner after jumping from the gates effectively blindfolded with her hood not removed. This would not have been the case in countries such as Hong Kong and Australia who are now, of course, part of the Royal Ascot World Pool.

The protocols governing this situation will now surely change in line with other jurisdictions as partnership in the World Pool has already driven at least one change – the addition of an extra race on each day’s program.

I wonder if it now might also drive an earlier start to racing (as was the case in 2020) to increase betting participation from those in the East and South with a more friendly time difference, especially if pandemic complications ease and there are runners from those spheres and/or if Japan and South Korea join the collaboration.

An aggregation of the videos of past performances, especially for overseas runners, on the one website would also assist in driving turnover. At the moment, it’s a hellish and time consuming jump from one site to another which is just not good enough (and, in fairness, still a problem state to state in Australia).

The extension to seven races was a break in tradition anathema to some which is understandable but equally – probably justified in today’s quest to maximise turnover. However, I would caution against extending it any further and turning Royal Ascot into a procession of arduous and uncivilized major carnival race days which so dominate Australian racing.

To the events that mattered – on the track – and assessing the future prospects of the week’s better performers will obviously be complicated by the soggy ground on Thursday and Friday and the tacky surface on Saturday.

The two-year-old races hold most interest for me and historically the form holds up best from the Coventry Stakes (Gr 2, 6f) and the Queen Mary Stakes (Gr 2, 5f); the Chesham form is mixed while the Albany Stakes (Gr 3, 6f), Windsor Castle Stakes (Listed 5f) and Norfolk Stakes (Gr 2, 5f) form can be suspect (bar the last two named if won by Aidan O’Brien or Wesley Ward which wasn’t the case this year). Of course, they are always outliers to these trends.

Chipotle (Havana Gold) won the Windsor Castle on day two in a faster time than Quick Suzy (Profitable) in the Queen Mary. Chipotle is unbeaten in three starts on good ground and his acceleration from the back was impressive on the, to that point, non-preferred far side. Dig Two (Cotai Glory) was sound in beating the near side division.

Perfect Power (Ardad) claimed the Norfolk. The first five home had won their previous starts so this might have been a solid race. The runner-up Go Bears Go (Kodi Bear) and fourth–placed Cadamosto (No Nay Never) took the eye as they spaced the far side runners.

Point Lonsdale rallied late to score narrowly from The Queen’s Reach For The Moon in what proved to be a good Jersey Stakes. The form is solid around the three horses who were well beaten into third, fourth and fifth.